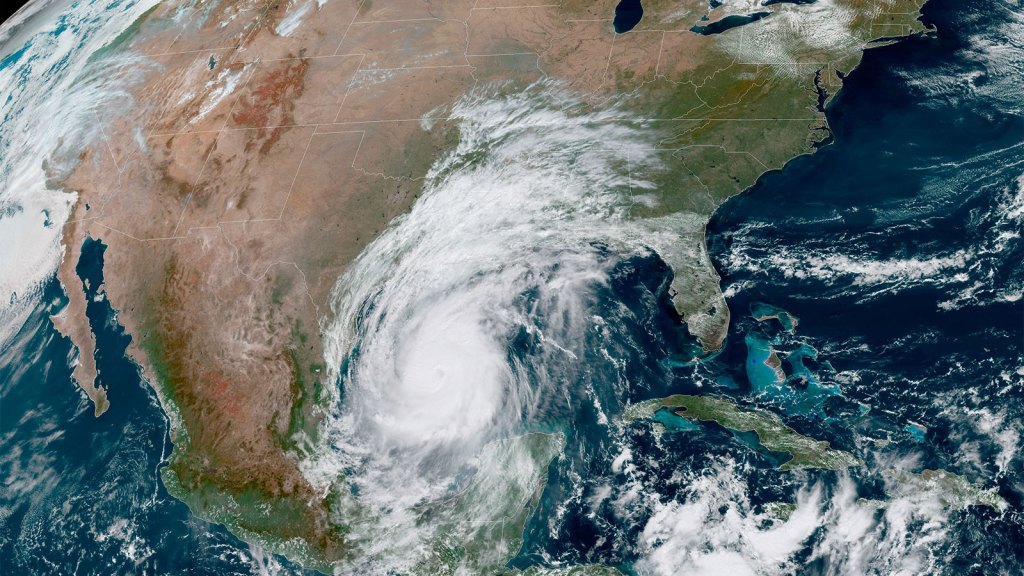 Yet another hurricane will hit the Gulf Coast on Friday. It’s a region of the United States that is well-acquainted with extreme weather but has rarely seen a hurricane season as active as this one.

The 2020 hurricane season has broken almost two dozen meteorological records for how early storms have formed, but it stands out for another reason: Storms have been sticking to the Gulf Coast like magnets to a fridge. Hurricane Delta, which strengthened into a Category 3 storm as it approached the Gulf Coast on Friday, is the sixth named storm to strike a course for Louisiana this season.

The worst of its predecessors was Hurricane Laura, the Category 4 storm that wreaked havoc on Louisiana and neighboring states in late August. Just a few weeks after Laura made landfall, the coast was inundated again by Hurricane Sally, a slow-moving hurricane-turned-tropical-depression that drenched parts of Alabama and Florida in mid-September. Days later, sections of Texas and Louisiana braced again for Tropical Storm Beta, the ninth named storm to make landfall in the mainland U.S. at the time. Delta will be the 10th. There are still nearly two months of the official Atlantic hurricane season left.

As of Friday morning, Delta was moving toward the southwestern Louisiana coast with 120 mile-per-hour maximum sustained winds. It could prompt “life-threatening storm surge” that could top 11 feet in some places along the coast, according to the National Hurricane Center, which said on Friday morning that preparations for the storm needed to be “rushed to completion,” as tropical-storm-force winds would reach the coast midday. The hurricane itself is forecast to hit the coast sometime Friday evening.

If Delta stays on track, it will make landfall only 14 miles east of where Laura hit, near Lake Charles, a majority nonwhite city home to polluting refineries and chemical plants, including one that caught fire after Laura arrived. “It is very clear that Southwest Louisiana is going to get more of a punch from this than we would like to see, for sure, because we’re still trying to recover from Hurricane Laura,” Louisiana Governor John Bel Edwards said Thursday.

In the wake of Hurricane Laura, the mayor of Lake Charles issued a desperate plea. “I am begging, I am pleading for Americans not to forget about Lake Charles,” Mayor Nic Hunter said.

But the city’s plight, and similar recovery efforts in other hurricane-ravaged neighborhoods, towns, and cities across the Gulf Coast, have gotten lost in a news cycle that has been dominated by other crises: the wildfires in California, President Trump’s coronavirus diagnosis, the plot to kidnap Michigan Governor Gretchen Whitmer. Hurricanes tend to slip out of the public’s consciousness, a tendency a former National Hurricane Center director described as “hurricane amnesia.”

Now, Hurricane Delta threatens to deliver another helping of storm surge, flooding, and damaging wind to areas that can’t take any more hits, including Lake Charles.

Just to give everyone an idea of the damage we haven't recovered from yet. This is an aerial shot of Lake Charles. Look at the blue tarps on all those roofs! pic.twitter.com/iNjoa8Idp1

“The latest track for Hurricane Delta does not look good for Lake Charles,” Mayor Hunter wrote on Facebook on Thursday. “You need to evacuate. You need to leave town. Your window is today.”

The overlap of multiple extreme weather events in the same general area of the coast has made life difficult and dangerous for people living there. “Storm after storm after storm has an overall eroding effect on the community’s ability to withstand each progressive storm,” Tim Frazier, faculty director of the Emergency and Disaster Management program at Georgetown University, told Grist. “So I would say that when we see a year where we have multiple storms cut through the same area, the resilience of that community is lowered with each storm.”