In 'Frozen II,' Anna and Elsa fight climate change instead of bad guys 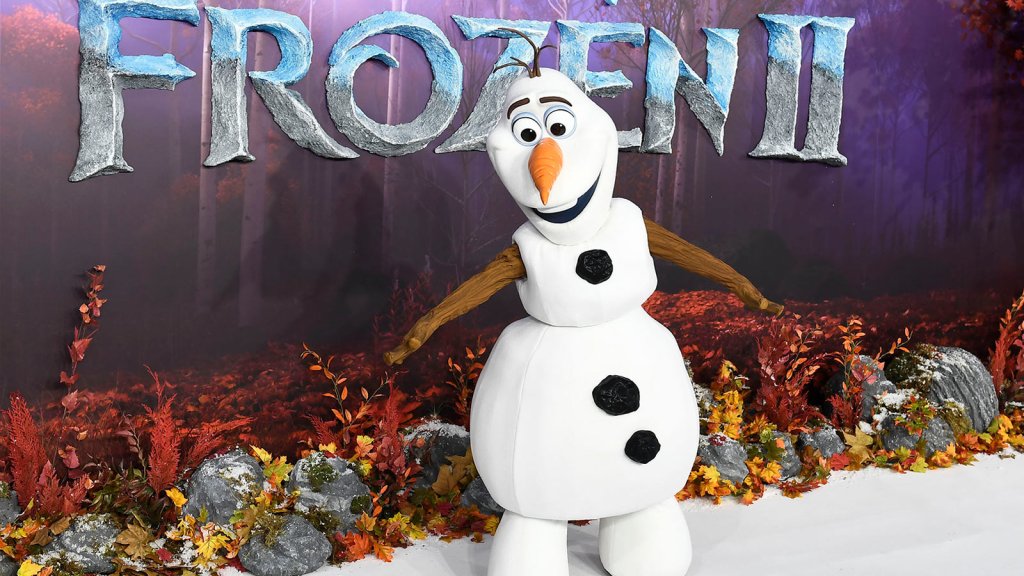 In ‘Frozen II,’ Anna and Elsa fight climate change instead of bad guys

This post contains spoilers for Frozen II, a charming children’s film that you’ll probably be able to guess the ending of halfway through anyway.

If you want to learn how your favorite movies and shows are secretly about climate change, there’s a pretty good chance we’ve got it covered. Getting from any topic to climate change in the fewest possible steps is kind of a hobby of mine, so when I heard that Frozen II had some serious climate overtones, I went to the movie theater looking for signs of them.

The film offered plenty of clues that it’s a parable for our planetary crisis. Arctic ice caps re-form over a choppy sea, Queen Elsa visits a glacier (!!!) to learn the secrets of the past, and, uh, Disney said so. Songwriter Kristen Anderson-Lopez told the L.A. Times that the filmmakers were thinking about our rapidly heating planet when they developed the storyline.

But walking out of the theater after the movie ended, I overheard a little boy posing a question that pointed to an important parallel I’d missed. “Mommy, who was the bad guy?” the blond preschooler asked. His mom was stumped. Because Frozen II is, more or less, a Disney movie without a villain. In the end, everyone was facing the same threat: environmental disasters from a world thrown out of whack.

The sequel begins about where the original film left off: with the first movie’s small-time villain, Hans, vanquished, Anna and Kristoff happily together, and Elsa queen of the bustling little kingdom of Arendelle. But this peaceful scene doesn’t last long. A series of intense natural disasters strike Arendelle one night, and people flee the town to escape the buffeting winds and shifting earth. The four elemental spirits of earth, air, fire, and water are upset, so the princesses must journey north to the enchanted forest and restore harmony between humans and the environment.

The cause of this disharmony, we learn, is a dam that Elsa and Anna’s grandfather built many years ago, supposedly as a “gift” for the tribe of indigenous people upriver of Arendelle. Elsa and Anna learn the truth: Their grandfather’s motives may not have been so pure, and their entire society was made possible by screwing over the original inhabitants of the land. And taking down the dam is the only way to set things right and save their kingdom. But that means making some sacrifices, like accepting that their own city, which was built on a floodplain at the mouth of a river, might not make it.

Frozen II isn’t the first Disney movie to make climate change an important plot point. Moana, for example, rescues her island home from threats inspired by Pacific Islanders’ struggle against climate change. But Frozen II considers more of the complexities of an overheating planet than any other Disney film — or any fictional movie I can think of, to be totally honest. It even portrays some of the ethical and emotional challenges of living through the Anthropocene.

Anna, for instance, grapples with grief and despair when she thinks her sister will be unable to return from her journey, and deals with it through (what else) a dramatic song, The Next Right Thing. “It’s clear that everything will never be the same again,” Anna sings, imagining life without her sister. (And perhaps referencing how human activity has set in motion irreversible changes?) “I won’t look too far ahead,” Anna decides. Instead, she follows some advice she received earlier on: “When you see no future, all you can do is the next right thing.”

And Olaf, the magical, animated snowman, is more than just comic relief; he articulates some of the confusion and anger that young people today might feel as the world heats up due to events beyond their control. “This will all make sense when I am older,” Olaf sings, as he observes the natural world changing in ways that strike him as deeply wrong but don’t seem to bother anyone else. “This is fine,” he says, stepping around a hole that suddenly opened in the ground in front of him. And then finally, realizing that the people he trusted had told him everything was OK when it actually wasn’t, he tells Anna, “I sense some rising anger.” Sound like any young climate activists you know?

At the end of the day, Frozen II was made for children, and the film ties everything up in a neat bow. Sure, it doesn’t lay out how to build popular support and political will for climate action or replace fossil fuel infrastructure … but it’s a kids’ movie. If you want to talk to your kids about some of the thornier elements of the climate crisis, like how it’s overwhelmingly scary or rooted in historical exploitation — and don’t mind sitting through 103 minutes of singing cartoon characters and dancing reindeer first — this could be just the movie for you.