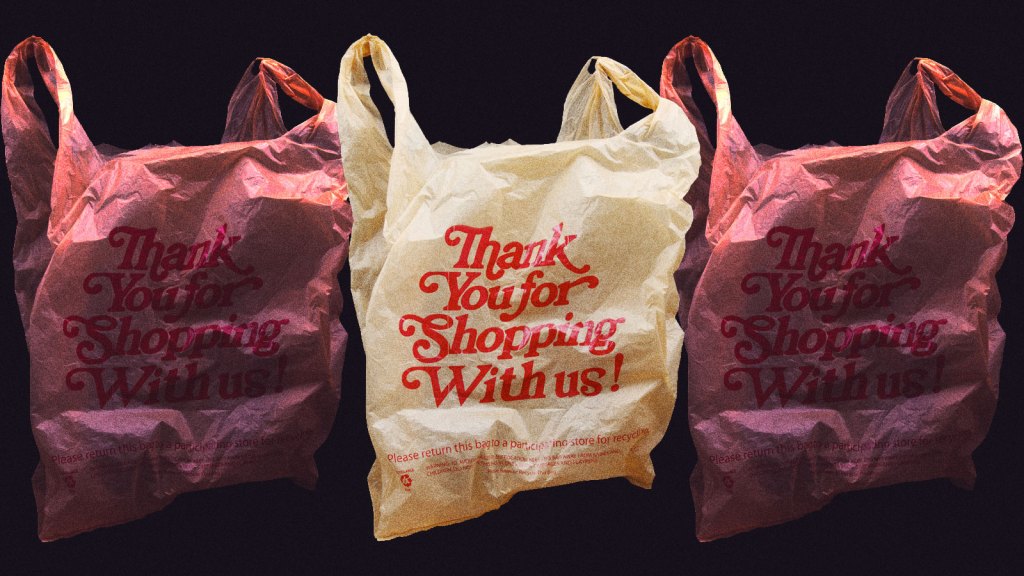 More than seven months after a statewide law banning most single-use plastic bags technically went into effect, the New York Department of Environmental Conservation (DEC) is now able to enforce it. As of last week, retailers that hand out plastic bags could face fines of up to $500. Paper bags are still allowed, but in some locations come with a 5-cent surcharge.

Environmental advocates celebrated the beginning of the enforcement. “It’s going to have a huge impact on the amount of plastic waste we produce,” said Liz Moran, environmental policy director for the New York Public Interest Research Group. Prior to the ban, according to DEC estimates, New Yorkers were going through about 23 billion plastic bags each year.

New York now joins four other states that are currently enforcing bag bans: California, Hawaii, Oregon, and Vermont. Three other states — Maine, Delaware, and Connecticut — have bans scheduled to go into effect in 2021. The Empire State’s bag ban has actually been on the books since March 1, but a lawsuit challenging the law stopped the DEC from enforcing it until Monday last week. As a result, stores throughout the state flouted the ban all summer.

“There were all of these stragglers and establishments that were not complying with the law,” said Jeremy Cherson, Legislative Advocacy Manager for the nonprofit Riverkeeper.

The lawsuit was brought by — spoiler alert — a plastic bag manufacturer. Poly-Pak Industries Inc., a Long Island-based firm, along with a grocer and the state’s Bodega and Small Business Associations, claimed that the act banning plastic bags was contradictory and vague, and that it lacked “any sound or rational basis.”

Environmental advocates viewed the complaint as part of a broader push by the fossil fuel and plastics industries to block, delay, or even reverse plastic bag bans by exploiting fears about the coronavirus. Part of that strategy involved industry-encouraged fear-mongering to paint reusable grocery bags as vectors of COVID-19 infection —despite the fact that these claims were never backed by science. (The coronavirus spreads primarily through airborne droplets when people sneeze or cough, rather than through surface contact.)

Poly-Pak did not make this specific claim in its formal complaint, but some of its supporters seemed to imply as much: “Plastic products — and bags, in particular — have proved essential in helping to keep workers and shoppers safe throughout the pandemic,” said Matt Seaholm, former executive director of the American Recyclable Plastic Bag Alliance (ARPBA), in a statement. Seaholm is now vice president of government affairs for ARPBA’s parent group, the Plastics Industry Association. The new ARPBA executive director, Zachary Taylor, told Grist in an email that the plastic bag industry never used the pandemic to spread fear about reusable bags.

New York state’s Supreme Court struck down the lawsuit in late August, allowing the bag ban to move forward. On September 18, New York regulators said they would give retailers 30 days’ notice before beginning to crack down on the bag regulations. Despite reported “confusion,” on October 19, bodega workers began settling in to the new, mostly plastic-less normal.

DEC commissioner Basil Seggos called the decision a “vindication” of the state’s efforts to curb the use of single-use plastics, adding that it was a “direct rebuke to the plastic bag manufacturers who tried to stop the law.”

NYPIRG’s Liz Moran was happy to see the ban go into effect, but said there was still work to do. “This has to be just a start,” she said. The current ban includes several exemptions for bulk bags, newspaper bags, and bags used to store prescription drugs. Most notably, the foodservice sector isn’t covered under the new regulations — restaurants providing takeout and delivery will still be allowed to package their food in single-use plastic bags.

Moran expects the state will face continued pressure from the plastics industry as it seeks to address other forms of plastic pollution. Poly-Pak continued to object to the ban until the last minute, filing a complaint against Cuomo and the DEC on October 11, just one week before enforcement was set to begin. On its website, the company still states that customers find reusable bags inconvenient and unhygienic.

“Remember,” the site says, “we fell in love with the throwaway culture for a reason.”