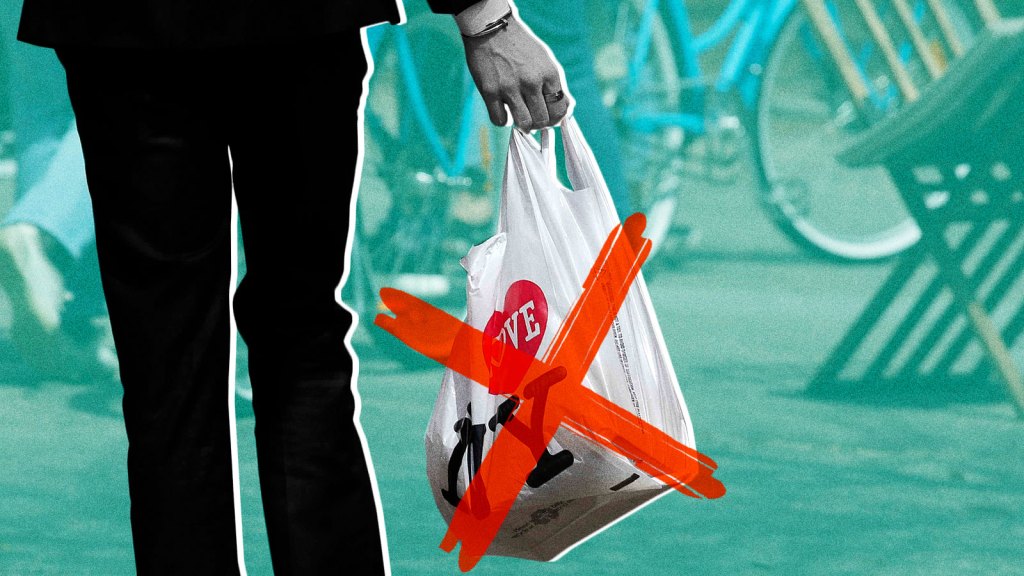 It’s a great time for New Yorkers to start investing in reusable grocery bags. Late last month, a state supreme court judge in Albany upheld a statewide ban on plastic carryout bags after considering a lawsuit led by a longtime plastic bag manufacturing company. The court also rejected a loophole in the new regulations that would have allowed the distribution of thicker plastic bags, which advocates say do not comply with the spirit of the ban.

The New York state legislature passed a law back in 2019 largely prohibiting vendors in the state from distributing single-use plastic carryout bags to customers. The New York State Department of Environmental Conservation (DEC) then drafted regulations to govern the law’s implementation in February of this year. The regulations stated that stores could hand out plastic bags only if the bags are washable, have an attached strap that does not stretch or wear with use, can be used at least 125 times, and can carry 22 pounds. They also said that reusable plastic bags should be at least one-hundredth of an inch thick. Environmental groups like Earthjustice worried that the language of the regulations could undermine the plastic bag ban by exempting thicker plastic bags.

Just after the regulations were issued, a lawsuit led by the plastic bag maker Poly-Pak Industries was filed against the state of New York and the DEC in hopes of stopping the ban. The suit was filed right before the ban was supposed to go into effect in early March.

In May, Earthjustice submitted an amicus brief on behalf of three leading environmental groups: WE ACT for Environmental Justice, Beyond Plastics, and Clean and Healthy New York. The three organizations argued on behalf of the ban and asked for the loophole to be closed. The state court ultimately endorsed the substance of the brief by upholding the ban and striking down the exemption for thicker plastic bags.

Environmental advocates point out that plastics are derived from fossil fuels and that plastic manufacturing often produces substantial air pollution in industrial areas around the country. They hope that other states follow New York’s lead.

“New York is a bellwether state, and as such, if this loophole was adopted, other states would likely have followed suit. This sets an important legal precedent that will help protect frontline communities,” said Kathleen A. Curtis, executive director of Clean and Healthy New York, an Albany-based organization that aims to get rid of toxic chemicals in everyday products.

Judith Enck, the president of Beyond Plastics, worried earlier this year that single-use plastic would see a resurgence due to fears surrounding the COVID-19 pandemic. Plastic companies have indeed used the pandemic to push single-use personal protective equipment.

However, more than 100 health experts from 18 different countries released a statement this June confirming that reusable items are safe to use during the pandemic if cleaned regularly. Enck also referenced a study from the New England Journal of Medicine that discussed how the novel coronavirus is transmitted via aerosols that actually tend to live longer on plastic than on some other materials.

“In New York state, 23 billion plastic bags are used every year, which is a staggering number,” Enck said. “This is one of those laws that New Yorkers will see the benefits of almost immediately, once the DEC starts enforcing it. We will see fewer plastic bags in neighborhoods, in parks, up in trees, and in streams and rivers.”