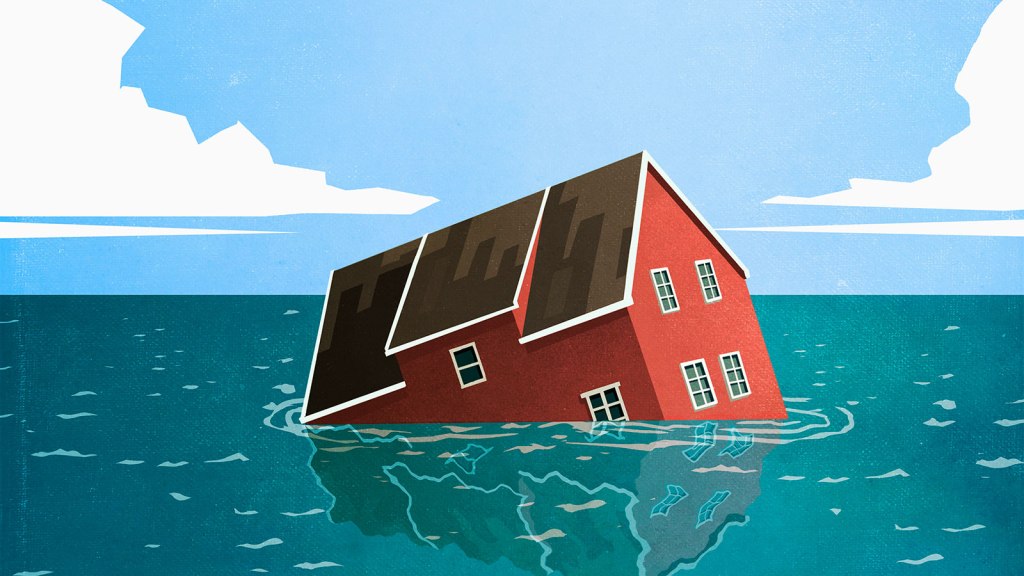 Monday was the official first day of the Atlantic hurricane season, though the season unofficially began early for the sixth straight year when the first named storm of the season, Tropical Storm Arthur, brushed up against North Carolina’s Outer Banks in mid-May. The National Oceanic and Atmospheric Administration forecasts an above-normal season ahead — between 13 and 19 named storms.

If some of those storms make landfall, they’ll bring flooding with them. Americans could be in for a very wet few months, following spring floods that toppled a dam in Michigan, forcing the evacuation of 11,000 people, and brought half a foot of rain to western North Carolina in the span of 24 hours. A new survey commissioned by National Flood Services, a flood insurance administration company, shows homeowners are ill-equipped to handle that flooding, even though a majority consider themselves ready.

Sixty-two percent of homeowners across the nation say they’re prepared for a flood, but the survey revealed that just 12 percent of them have flood insurance — property insurance for residential and commercial properties that covers water damage from flooding. Premiums for this insurance, which is subsidized by the federal government, range from $573 to $1,395 annually.

The survey, conducted by The Harris Poll on more than 2,000 U.S. adults in April, found that half of respondents are actually less interested in buying insurance because of the coronavirus pandemic, which has put more than 40 million Americans out of work and caused a historic economic recession. A measly six percent of homeowners making less than $50,000 a year have flood insurance, and six percent of homeowners between the ages of 55 and 64 have it.

Other surveys show that 80 percent of Texas homeowners, 60 percent of Florida homeowners, and 99 percent of Puerto Rico homeowners don’t have flood insurance. All three places have been inundated with tropical storm–related flooding in recent years.

“We’re entering into another season, we’re building more homes in the floodplain, we know we have aging infrastructure,” said A.R. Siders, assistant professor at the University of Delaware’s Disaster Research Center. “We don’t know that information is getting out to people — that they are understanding the risks they are facing.” So why do so few of us have flood insurance?

There are lots of ways to answer that question. The Federal Emergency Management Administration (FEMA) only requires people who buy homes in designated flood plains to buy flood insurance. For Americans who don’t live in those areas, flood insurance can seem like an unnecessary expense. Some folks don’t know that their regular home insurance doesn’t cover flooding from storms and other sources of water damage beyond something like a burst pipe. Still others underestimate the risk of flooding in their areas or don’t realize their homes are in areas prone to flooding in the first place.

Some states — 21, to be exact — don’t even require real estate agents and home sellers to tell buyers when a home is in a FEMA-designated flood zone that requires flood insurance. “When you buy a house, they don’t have to tell you if your house is in the floodplain,” Siders said. “You look at Carfax and figure out if your car has had a dinged bumper, but making one of the largest financial purchases of your life, like a house, you can’t figure out if it’s in a flood zone.”

What’s more, FEMA’s flood maps don’t tell the whole story. “I don’t think it’s widely appreciated that the flood risk is much greater than just being in a designated 100-year floodplain,” Jim Blackburn, a professor in practice at Rice University, told Grist. An 100-year floodplain is an area that has a one in 100 percent chance of flooding annually. Extensive flooding, Blackburn said, can happen in a lot of places with little warning.

And that’s a problem that’s going to get worse. The size, scope, and frequency of floods are changing rapidly, in part because climate change causes heavier rains and more severe storms. By the end of the century, America’s flood plains could increase in size by 45 percent. FEMA’s National Flood Insurance Program, which is the main way people get flood insurance in this country and is administered by flood insurance companies, could increase its number of annual policies 80 percent by the year 2100. “FEMA is chronically underfunded, so a lot of their flood maps are out of date. Climate change means that the flood maps are changing really quickly, and then FEMA flood maps don’t take climate change into account,” Siders said. “So they can only tell you what your historic flood risk was, not what it will be in 10 years.”

As coronavirus restrictions ease and Americans try to get back on their feet, hurricane season and the associated flooding could knock them flat again. One way to protect homeowners from compounding risks in the future is to make sure they see the full picture before they sign on the dotted line. “If you have to pay tens of thousands every year to live in a home, that signals to you that it’s truly risky to live in this house,” Siders said, referring to the government’s practice of heavily subsidizing homes in flood zones. “When we subsidize it, we hide that, and so people don’t necessarily know how at risk they are.”