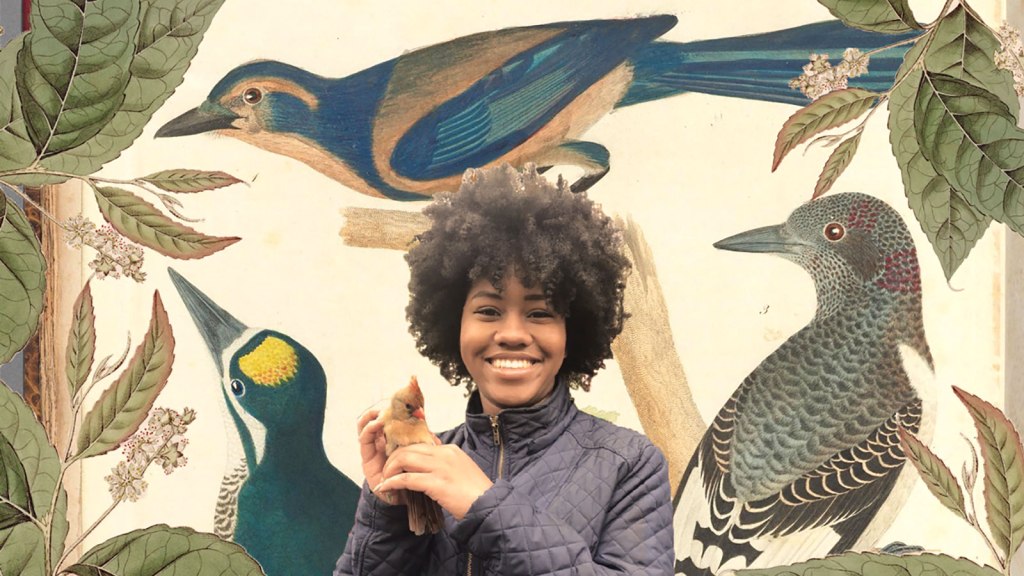 Sheridan Alford’s love of bird-watching stems from a simple fact: “Anybody can do it.” Old or young, through expensive binoculars or with the naked eye (or ear), in a bucolic park or from a city window, anyone can connect to the avian world around them. Alford, a graduate student in natural resources at the University of Georgia, in Athens, Georgia, studies African American participation in bird-watching, trying to understand why some black people engage in the activity and others don’t.

She’s also one of the cofounders of a social media push, #BlackBirdersWeek, which launched on May 31. The campaign was sparked by the viral video in which a white woman threatened a black birder in New York’s Central Park, announcing that she was calling the police “to tell them there’s an African American man threatening my life.”

“I think a lot of us identified with that scenario,” Alford said in a recent interview. In response, she and other members of a grassroots group, @BlackAFinSTEM, who work in science or related fields, decided to organize a week of social media prompts. They hope to boost visibility of black nature enthusiasts, highlight the value of racial diversity and promote dialogue within the larger (and largely white) birding community.

High Country News caught up with Alford the day before the launch, during a tumultuous weekend of nationwide protests over police violence against Black people. In Western cities, from Albuquerque, New Mexico, to Denver and Seattle, peaceful daytime protests provoked by the killing of George Floyd in Minneapolis gave way to overnight chaos, as police fired tear gas and rubber bullets into crowds, and buildings and cars were destroyed. Officials responded with curfews, emergency declarations and National Guard deployments. The organizers of Black Birders Week addressed the synchrony of their project and the civil unrest directly on Twitter: “We want it to be clear that we stand with the protestors fighting against police brutality even as we organize a protest specific to being #BlackinNature,” they wrote.

This conversation has been edited for length and clarity.

Q. Who should participate in Black Birders Week? Who is it for?

A. It is for black birders. But who can participate? Anybody and everybody, and we encourage everybody to participate! We love seeing the support. When you’re trying to fight for something that you believe in, sometimes you just want to know that someone else is in your corner, fighting that same fight with you.

We are not excluding anyone … The whole purpose is to highlight and showcase black birders, and anybody can do that.

Q. Why is the Black Birders Week initiative important at this moment?

A. At this point, things are popping up in cities around the country that are either racially driven or stereotypically driven, prejudice, whichever word you would like to use. The climate is shifting to where a lot of the acts against people of color or black people are being filmed, and they are available to the general public — a lot of people are now seeing what some people have experienced their entire lives.

But we think that it’s very important to highlight the work that people are actually doing and kind of drive that conversation to, yes, look at us, and please acknowledge the hardship we go through — but as you acknowledge those hardships, also look at what we’ve been doing in our research, or what we’ve been doing in our communities to better the climate as a whole. So I think this week kind of fell exactly where it needed to, as far as time frame.

Q. It’s happening right at the same time as these nationwide protests.

A. And there was no way we could’ve predicted that!

Q. Do you see the initiative and the protests as parallel? Or not?

A. I see them in parallel … As a black person, I feel for my people, within the riots and the protests and all the things that are happening across the country. And I think it all just further affirms and identifies what it is to be a black person in America.

People need a break from a lot of the hurt that they’re feeling. I know a lot of my counterparts are like, I’m not going to get on social media today, I’m going to take the day to myself. I think providing this uplifting and celebratory week will give people that break that they need to mentally gather themselves as a lot of these racially charged and very heated discussions are being had all across the country.

You need the heat, but you also need something to offset that sometimes. I feel like that’s what Birders Week will provide.

Q. It feels like this campaign is a celebration of the diversity within the birding community — is that right?

A. I would say celebration, as well as a safe space. Because not everything is peaches and roses, and there are dialogues that need to be had … Hopefully, we’ll be able to touch on some of the issues that people are truly feeling in their hearts and kind of hash things out.

Q. What do people need to hear?

A. The biggest thing is just allowing peoples’ voices to be heard. A lot of times, someone will say that they’ve created a safe space or, they’ll say, like, ‘Oh, yeah, we want to hear what you have to say.’ But then when you actually step out and say it, it’s not received well, or it’s discounted or discarded.

It’s really just about voices and accountability and understanding that everyone, especially black people, are human beings, and we would like the same treatment as everyone else.

Q. What do you hope people watching or participating in Black Birders Week will take away from it?

A. I think that one of the biggest takeaways will be to kind of disprove or muddle the generic stereotype of what a birder or a bird-watcher is.

A lot of times on bird walks, the people on the walk will automatically look to the men in the group for answers … So it’s always important to be like, actually, no, the woman said that, or actually, no, this black person actually knows a lot about this bird; to just kind of change the narrative about what not only a black birder is, but what a black scientist is.

Q. How’s the reception been so far?

A. The reception has been amazing and astounding. We’re all just really grateful, and really appreciative, and glad that people are looking for it; it seems to be something that a lot of people didn’t know they needed.