Balenciaga launched its fall 2020 collection on a flooded runway with images of fiery blazes and rushing waves projected across the ceiling. The first few rows of seats were empty because they were almost entirely underwater, and models strutted through the swampy raised stage in drapey oversized raincoats, Matrix-like full-length black leather jackets, and bodysuits that look straight out of the Black Panther wardrobe trailer, complete with knee and shoulder pads. One model was styled as a walking mace, his jacket flanked with sharp spikes.

Yes, the brand best-known for sock shoes, an ugly-cool take on the dad sneaker, and platform Crocs put climate change front and center in its Paris Fashion Week show on Sunday. 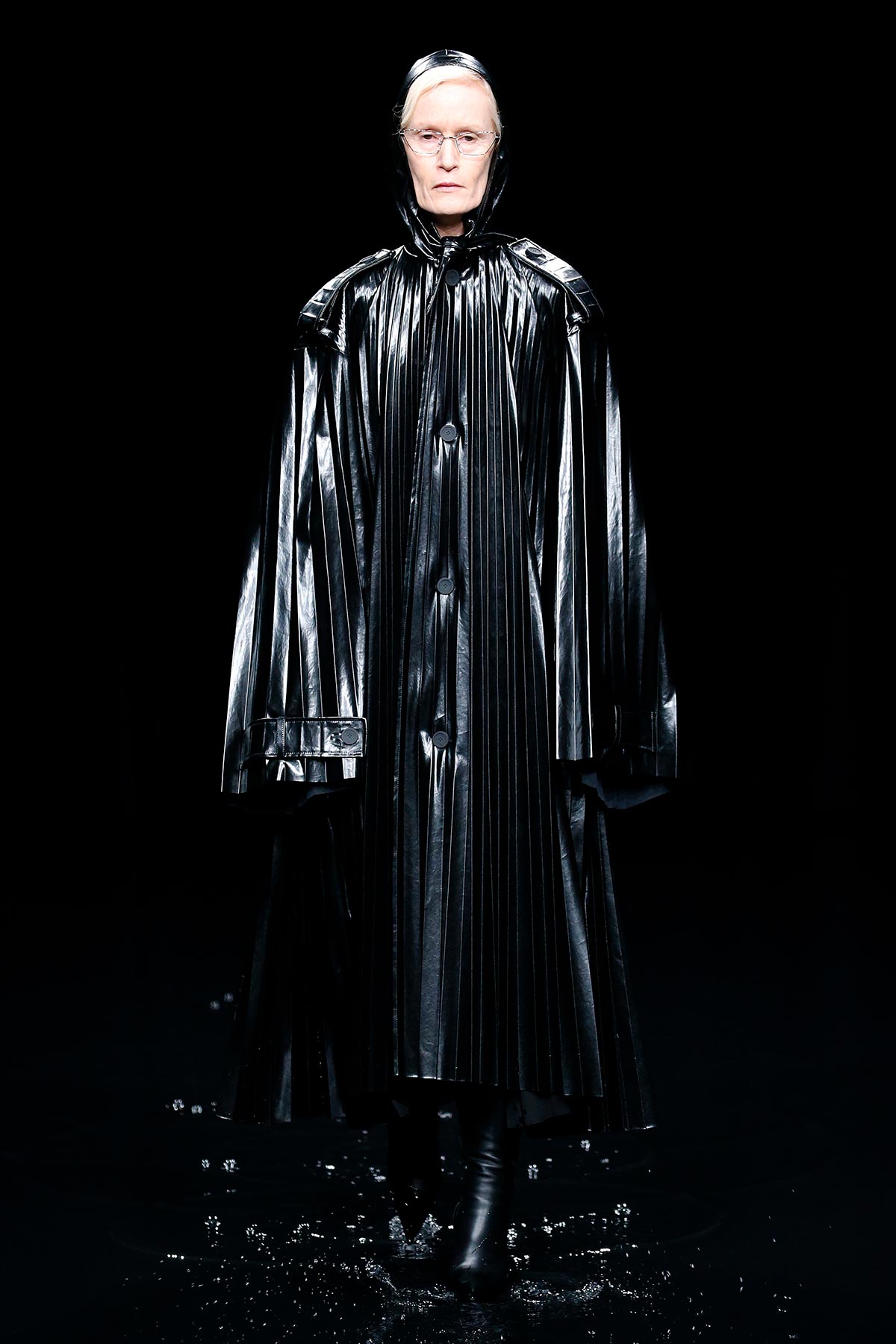 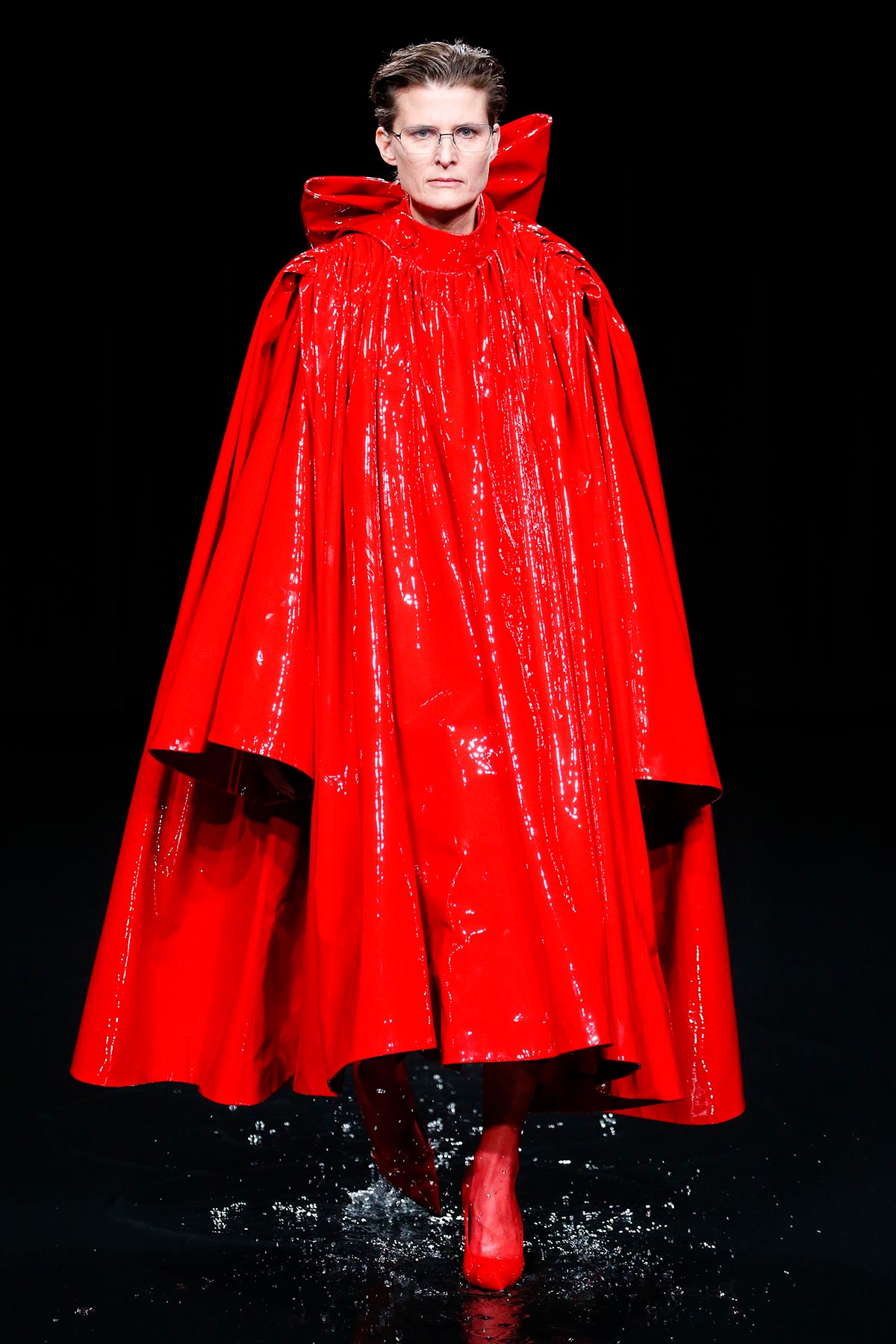 Clearly, the fire and brimstone vibe was intended as a warning about the catastrophe to come if we do not stem the rising tide of carbon emissions. Demna Gvasalia, Balenciaga’s creative director, hasn’t given any interviews about the show, but the outfits seem to imagine a world where rising seas, bursts of flames, and other environmental assaults are commonplace concerns and where protection from the elements is literally built into the fabric of our lives. 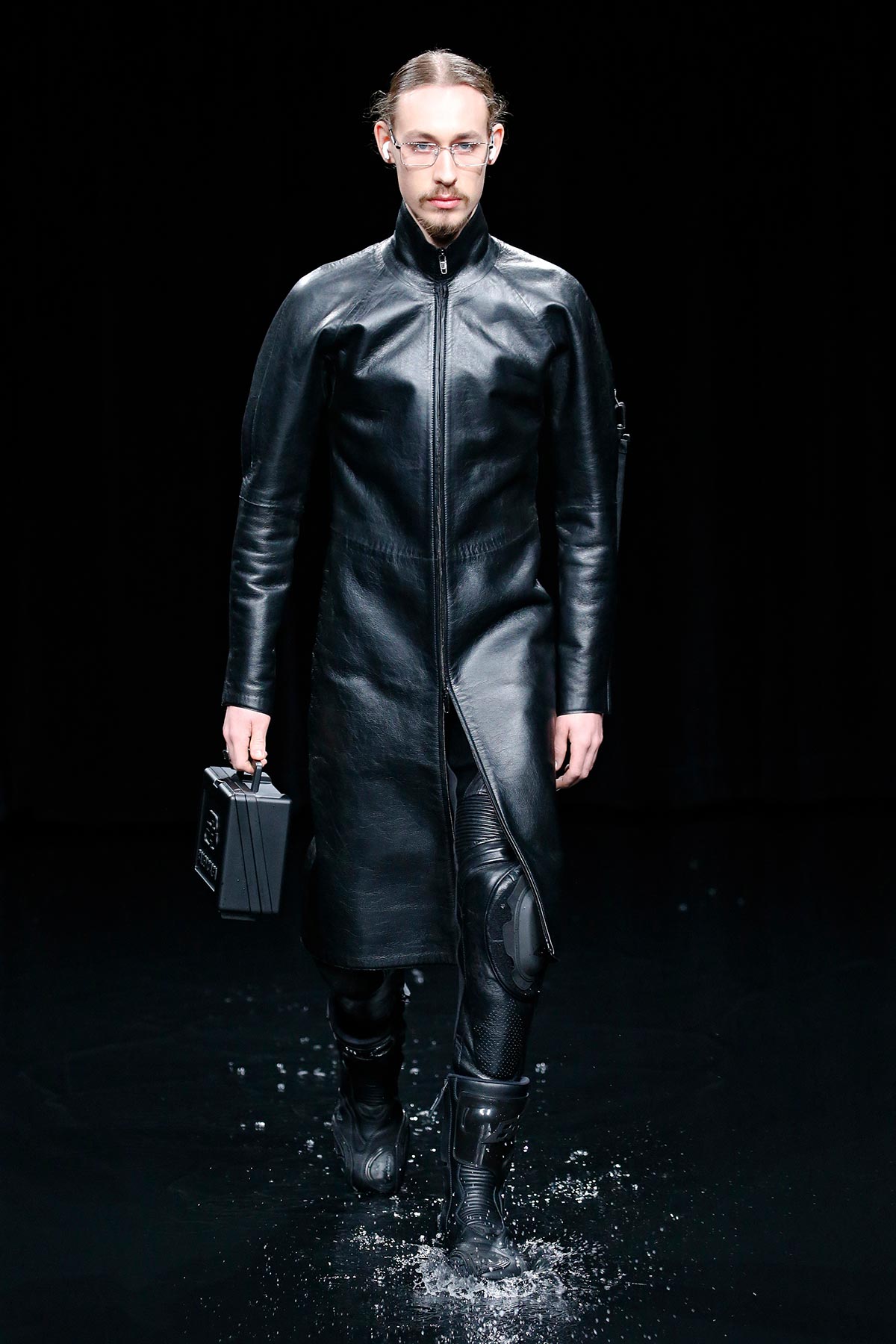 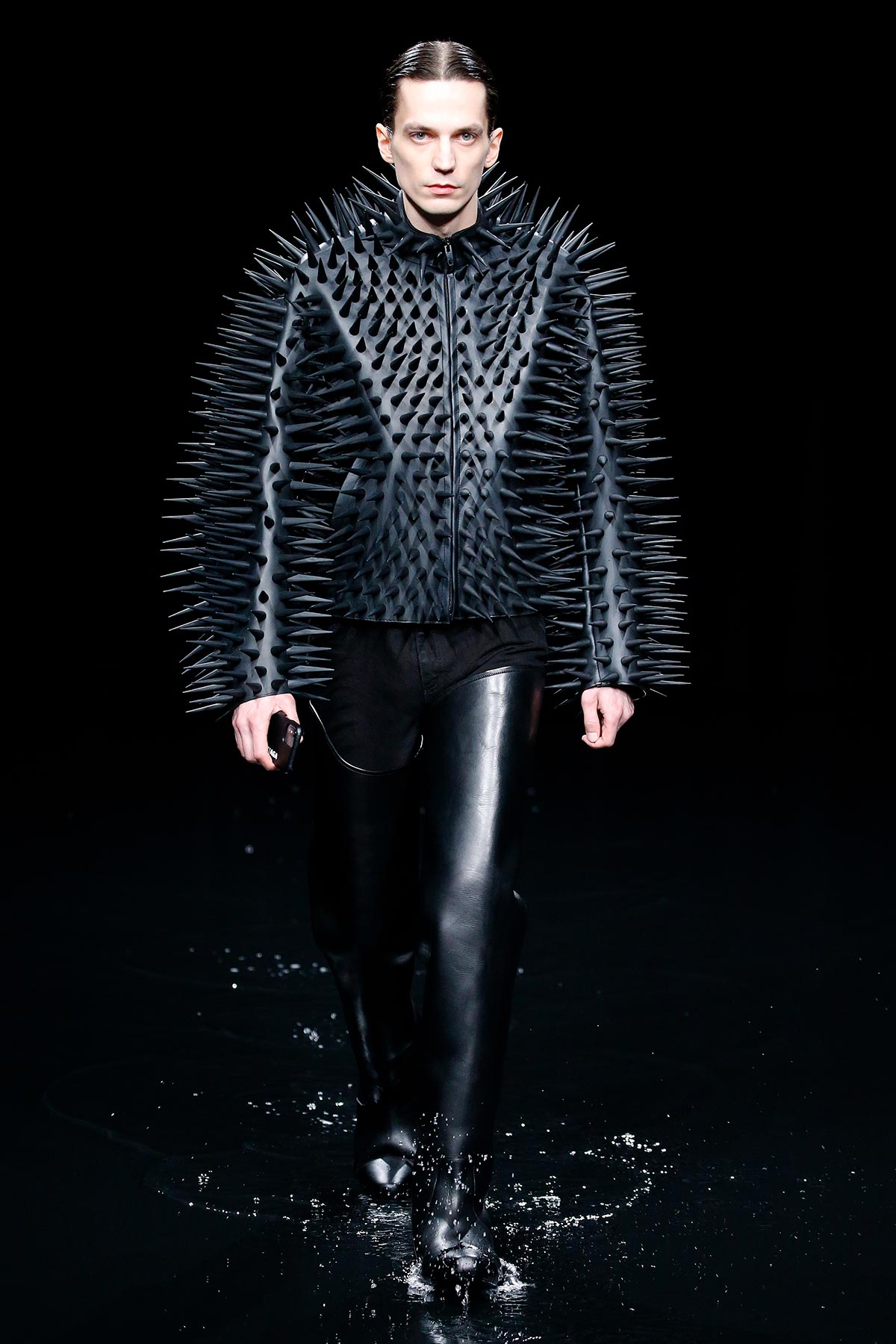 While I think it’s pretty cool any time the rich and famous are shaken out of their distorted version of reality and confronted with the signs of our times, the implications of Balenciaga’s show are complicated. First of all, it’s debatable whether shoving the apocalypse narrative in people’s faces is really all that helpful if you’re trying to make a case for climate action. Second, and far less debatable, the fashion industry is a disaster for the planet.

Data on the fashion industry’s footprint is not perfect, since brands have only recently begun measuring it, but here’s what we know: The industry uses exorbitant amounts of water, potentially as much as 2 percent of all freshwater use globally, in addition to being a major source of water pollution. It creates an extraordinary amount of waste, both in making the clothes and in creating a culture where people throw millions of tons of clothing into the trash every year. It contributes to deforestation, because common materials like rayon and viscose are made with wood pulp. And finally, the industry is believed to be responsible for a whopping 10 percent of global carbon emissions.

Anyhoo. If Balenciaga wants to warn people about climate catastrophe, I would hope the company is doing more than designing our future fire- and flood-proof uniforms. So is it?

Turns out, yes. Balenciaga’s parent company, Kering, is one of the more forward-thinking in the biz. In 2016, Kering set a goal of reducing its emissions intensity across most of its business by 50 percent by 2025, a goal which it’s currently on track to achieve, according to documents filed with the Carbon Disclosure Project. (Intensity, in this case, means the amount emitted per dollar of profit, so as the company grows, it will become more carbon efficient.) Kering was also the first ~luxury~ company to have its emissions targets approved by the Science Based Targets Initiative, a program that helps companies align their business with the Paris Agreement.

The company’s operations are powered by 100 percent renewable energy in seven out of the more than 20 countries where it does business. It is in the process of eliminating hazardous chemicals in its supply chains and works with other major international brands to do the same. Kering also forbids the use of leather linked to deforestation in the Amazon.

While its approach isn’t perfect — the company offsets some of its emissions through reforestation projects under the United Nations’ REDD program, which ProPublica exposed to be deeply flawed — I have to admit, I’m pretty impressed by the depth and breadth of what Kering has done so far. It takes a lot of time and money for an international fashion superpower to look up and down all of its supply chains and figure out what, exactly, its impact on the planet is every year.

So while I don’t think the end times are nigh, as was implied on the runway, golf claps for Balenciaga for talking about climate change, and for putting its money where its mouth is.