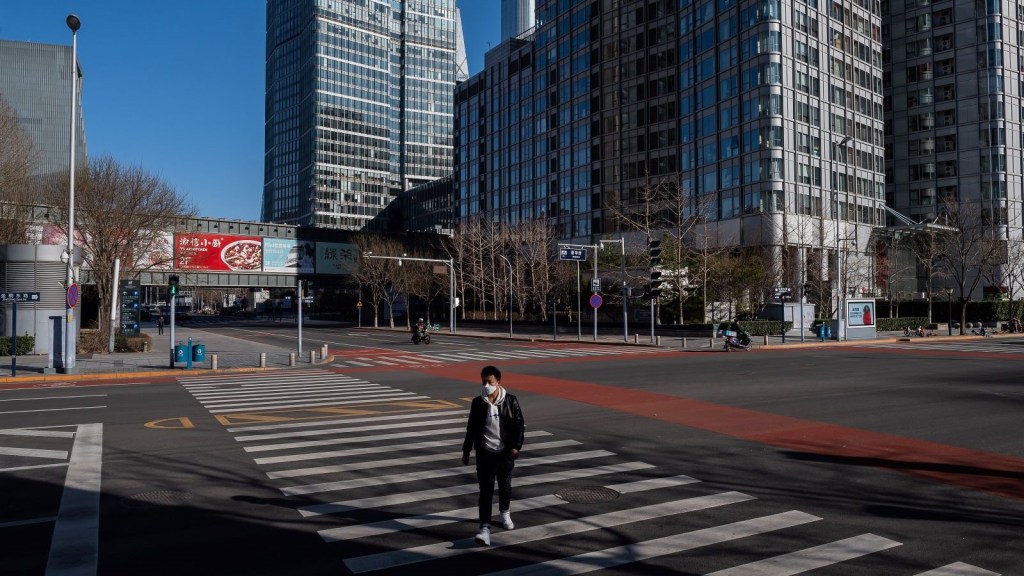 The rapidly spreading coronavirus has infected over 90,000 people worldwide, stoked fears about a worldwide pandemic, and rattled global markets. The coronavirus is also having an unexpected environmental effect: It’s cutting carbon emissions.

China’s work stoppages and flagging industrial output have decreased the country’s normally sky-high carbon emissions by at least a quarter, according to an analysis recently published in CarbonBrief by Lauri Myllyvirta, an analyst at the Center for Research on Energy and Clean Air. That drop translates to a 6 percent decline in overall global emissions. New research from China’s statistics bureau shows that the country’s factory activity suffered the deepest contraction on record last month.

A decline in air travel might be playing a supporting role. By mid-February, around 13,000 flights a day had been canceled, with many airlines suspending flights to and from mainland China. Aviation remains one of the most carbon-intensive activities, accounting for 2 percent of emissions worldwide.

But how should we think about something as objectively terrible as the coronavirus — which has left more than 3,000 people dead — temporarily slowing climate change?

The truth is that there are a lot of bad things in the world that also happen to (temporarily) lower carbon emissions. Experts have attributed a 10 percent decrease in fossil fuel pollution in the United States between 2007 and 2009 to the global recession and financial crisis then gripping the country, putting millions of people out of work. The Chinese government’s one-child policy was widely decried as causing an epidemic of forced abortions and even infanticide. But the government has boasted that it prevented 1.3 billion tons of carbon emissions.

These respites from fossil fuel pollution aren’t actually “good for” the climate. For one thing, they rarely last. In 2010, post-recession, the U.S. economy resurged, and with it fossil fuel emissions that wiped away losses from the previous years. The drop in Chinese emissions from the coronavirus is also likely temporary; China has been known to increase production dramatically in the aftermath of a crisis in order to make up for lost time.

Moreover, in times of global stress, green projects often take a back burner to more pressing issues. Distracted by the problem at hand, governments funnel political attention and subsidies into the pandemic or the economic meltdown. The environment gets short shrift.

The problem of climate change isn’t about how we save the earth (the earth will be just fine without us). It’s about how humans can thrive, not just survive, in a greenhouse gas-constrained world. So, even if a Thanos-style reckoning might sound nice when you are depressed by species extinction, melting polar ice, etc., you can’t save a world by destroying it.