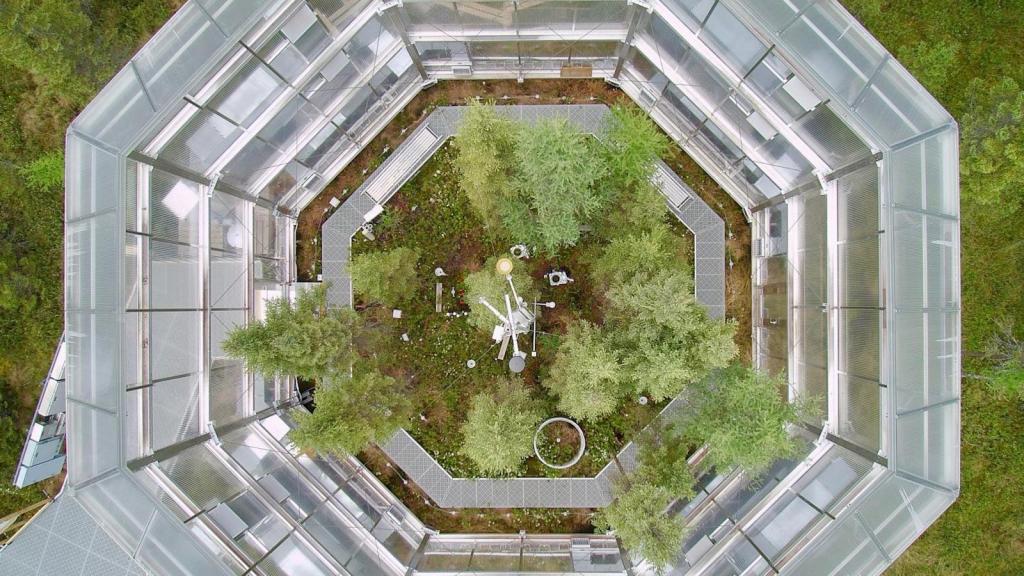 Peatlands, a unique kind of wetland that stores high amounts of carbon in its soils, may start to release carbon as the climate warms, according to a new study from the Department of Energy’s Oak Ridge National Laboratory. Peatland bogs represent 3 percent of the earth’s land mass — primarily in the subarctic and in parts of the tropics — but store one-third of the earth’s total soil carbon. Peatlands are the world’s largest natural carbon store, storing more carbon than all the world’s forests combined.

Peatlands are particularly good at storing carbon due to the cold, wet conditions of their soils, which preserve ancient plant matter. Most ecosystems store carbon in living plants, but in peatlands, very little of the plant matter is alive. The cool, wet, and acidic conditions of the soil means that the dead plant matter in these bogs accumulates faster than it decomposes. This partially decomposed plant matter, some of it thousands of years old, is called peat, the ecosystem’s namesake. Peat is sometimes categorized as a fossil fuel, and it’s burned for heat and electricity (and to flavor whisky) in some parts of the world. According to Nigel Roulet, an ecologist at McGill University, peatlands “are the highest carbon-density ecosystems in the world, by far.”

As the climate warms, scientists aren’t certain what will happen to these unique ecosystems. Under current climate conditions, peatlands have so far remained a sink of carbon. But, for scientists concerned about the future of peatlands, the question is what will happen to these peat soils as the climate warms. Hotter, drier conditions can accelerate microbial decomposition of the carbon stored in this plant matter, releasing CO2 and methane. This process could tip peatland ecosystems from carbon sinks to carbon sources.

The new research gives scientists a window into the future of peatlands. The researchers conducted an ecosystem manipulation experiment in peatlands in northern Minnesota. They enclosed entire sections of the peatland in open-top greenhouses and heated the air and soil using propane furnaces and electric heating rods in 40-foot-diameter plots to simulate the impacts of different possible levels of climate change. “In the absence of experimental manipulations, we’re limited in what we can infer from the historical record about future warming implications for peatlands, because that only covers a certain range of warming,” said Paul Hanson, and ecosystem scientist at Oak Ridge National Laboratory and the study’s lead author. “We need an experimental system that will give us a glimpse into those futures.”

Hanson and his colleagues measured the carbon in the peat bogs by tracking plant growth, peat levels, and root growth in order to understand the movement of carbon through the ecosystem in the different experimental treatments. In just three years, all of the peat bogs that were exposed to higher temperatures, ranging from 2.25 degrees C (4.05 degrees F) to 9 degrees C (16.2 degrees F) warmer than the surrounding environment, turned from carbon sinks into carbon sources.

This study is the first large-scale experimental study of the impacts of temperature increase on peat bogs. There are limitations to this method; the experiment doesn’t exactly simulate the impacts of climate change, because temperatures increased much more quickly in the experimental enclosures than they would under any realistic warming scenario. The relatively slower pace of climate change could allow for genetic or ecological changes that would allow peatland ecosystems to acclimate. Nonetheless, the experiment gives scientists a sense of what could happen in these key ecosystems as the planet continues to warm. For Roulet, the results show that scientists need to monitor what’s happening in peatlands closely: “It’s a warning signal.”