Dishwash vs hand wash: which method is better for the environment? 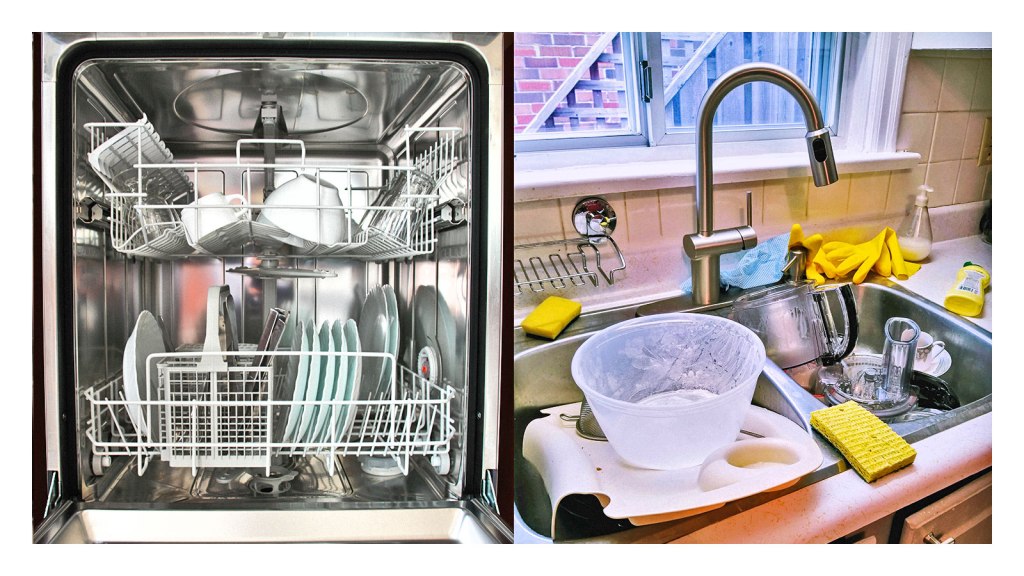 Science dishes out an answer on the old handwashing vs. dishwasher debate

In my family of origin, there’s a parent who prefers to put all the dishes in the dishwasher and a parent who prefers to do everything by hand. (It just so happens that the parent who likes doing dishes manually is the one who’s worse at cleaning and therefore leaves a light grease sheen on dishes, but that’s neither here nor there.) We all have our own method for getting through what is objectively one of the worst household chores. But which method is best for the environment?

A new study in the journal Environmental Research Communications sheds light on the most energy and water-efficient way to do the dishes. It’s worth noting up front that the study was partially funded by Whirlpool, an appliance manufacturer, and the research was conducted in a “Whirlpool lab” of 38 Whirlpool employees, who were asked to manually wash dishes and load a dishwasher. (It seems safe to assume these employees probably load a dishwasher better than the average American). But the analysis was carried out by independent researchers at the University of Michigan, who also tested the conclusions of previous studies that found dishwashers were more efficient than manual washing.

They found that team “just put it in the dishwasher” is mostly right. In a majority of cases, using a new-ish dishwasher is more efficient than traditional hand-washing techniques. The main problems with dishwashers, the study shows, are pre-rinsing and heated drying. Eliminating those two steps from your dish-washing routine decreases the appliance’s greenhouse gas emissions by 3 percent and 11 percent, respectively.

According to the study, team “just do them by hand” is mostly wrong and should probably start loading the dishwasher more often. Typical manual washing, the kind of washing where you mostly leave the water running as you clean (sound familiar?), produced 5,620 kilograms of greenhouse gases over a 10-year period of washing 32 place settings per week. (The greenhouse gases associated with hand-washing dishes primarily come from the energy it takes to heat the water.) A dishwasher emitted 2,090 kilograms of emissions over the same period with typical use — less than half as much.

When it comes to water use, the difference between manual and machine practices was even starker: Hand-washers used 34,200 gallons of water to a dishwasher’s 16,300 gallons over 10 years. In short, a dishwasher that’s being used correctly emits 63 percent fewer emissions in its entire lifecycle — including manufacturing and disposal — than a typical sink.

However, there’s a silver lining for resource-savvy hand-washers. If you happen to have a two-basin sink, filling one basin with hot water and the other with cool water, and then soaking and scrubbing your dishes in the first and rinsing them in the second — and then letting them air-dry — was the least energy-intensive method out of all the techniques the researchers tested. The two-basin method only produces 1,610 kilograms of emissions over 10 years. Adopting this technique leads to a 249 percent reduction in emissions for people who wash dishes manually.

Still, 1,610 kilograms isn’t that much lower than the 1,960 kilograms a dishwasher produces when it’s being used right (i.e., without pre-rinsing and heated drying). More importantly, 80 percent of Americans own a dishwasher but 20 percent of us report using these appliances less than once a week. Why go through all the trouble and expense of buying a dishwasher if you’re just going to hand-wash your dishes? Dad, are you reading this?