Is climate change showing up in the daily weather forecast? It’s complicated. 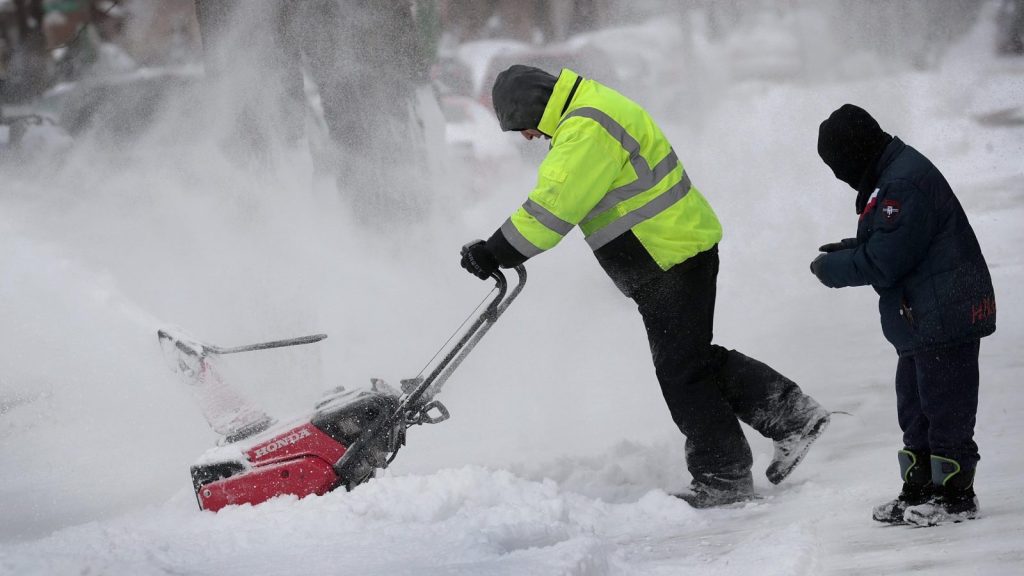 Scott Olson / Getty Images
whether the weather be cold

Is climate change showing up in the daily weather forecast? It’s complicated.

Early this month, scientists announced a surprising discovery: The “fingerprint” of climate change is now detectable in everyday weather. In fact, evidence of global warming can be found in the planet’s weather every day, minute, and second since 2012.

But wait —you, a person who actually paid attention in your high school atmospheric science class, say — weather and climate are not the same! Right you are, dear reader. Weather is what happens in the moment (rain passing through, or the current temperature outside). Climate is average weather over time. When scientists warn of a 2 degree C temperature increase by the year 2100, they’re talking about a change in the climate. That’s why we call it climate change and not weather change.

Making the distinction between weather and climate has been a chief tool in the arsenal of facts scientists use to confront climate change deniers. When, during a cold snap in January of last year, President Trump called for “a little of that good old fashioned Global Warming,” the scientific community hastened to clarify that cold weather does not contradict the existence of climate change. In fact, that tweet is part of what inspired the authors of this new study, published in the journal Nature Climate Change on January 2, to further investigate the links between climate and weather.

They found that weather and climate are not, in fact, such different things — or at least, that’s what it looks like they found. The researchers used statistical techniques and climate modeling to create an assessment of “global” weather — that is, the weather that occurs on a given day but averaged out across the whole world. When they compared their assessments to “natural variability” (non human–induced temperature shifts and climate change), they found proof of manmade climate change plastered all over. In other words, the study shows you don’t have to necessarily zoom out on a huge time scale to see the effects of climate change. Look at the weather of a single day anytime between 2012 and today, and you can detect humanity’s impact on the climate.

“Global weather is now in uncharted territory,” study co-author Reto Knutti, of ETH Zurich, wrote in an email to Grist. “Yesterday was climate change, today is climate change, and tomorrow will be as well.”

Before you start scrutinizing the numbers on your phone’s weather app, keep in mind that the authors did indeed look at weather but not as we non-scientists define it. “They’re looking at the whole planet’s weather all at once,” Adam H. Sobel, a professor of earth and environmental sciences at Columbia University who was not involved with the study, told Grist. “They’re calling something weather that is not what anybody would normally talk about as weather.” Averaged across the whole planet, climate and weather have become more aligned, but locally the two are still very much two separate things.

And local is what matters when it comes to climate change, Sobel points out. “[The finding] is not highly relevant to climate adaptation or any other very applied purpose because any climate adaptation is local by necessity,” he said. Case in point: We don’t build seawalls that stretch across continents, we build them around cities or coastlines — local areas contending with specific weather patterns.

Knutti by no means denies this. “For adaptation locally this method may not be very straightforward, as it does not immediately tell us what is happening locally,” he said. So what does this study tell us about that Trump tweet? Turns out, not much. “We cannot conclude from a single cold spell locally that climate change is happening, but we also cannot conclude that this contradicts climate change,” Knutti told Grist. “It is simply uninformative.” What his research does show, however, is that freezing temperatures in one part of the globe do not outweigh record-breaking, climate change–fueled heat in another.

So folks who read previous coverage of the study and walked away with the idea that your local weather forecast bears the traces of climate change are mistaken. Weather is only the same as climate if you look over the whole globe. For the time being, the two are still distinct at the local level.

More importantly (because there are some things that are more important than proving Trump’s tweets wrong), the research could still have an effect on the way people think about climate change. “We experience and remember the daily weather, so being able to say that every single second now bears an imprint of climate change is a powerful argument,” Knutti said. It’s “evidence of how much we have already impacted the system.”