Can new bus lines chart a course to better travel options in the West? 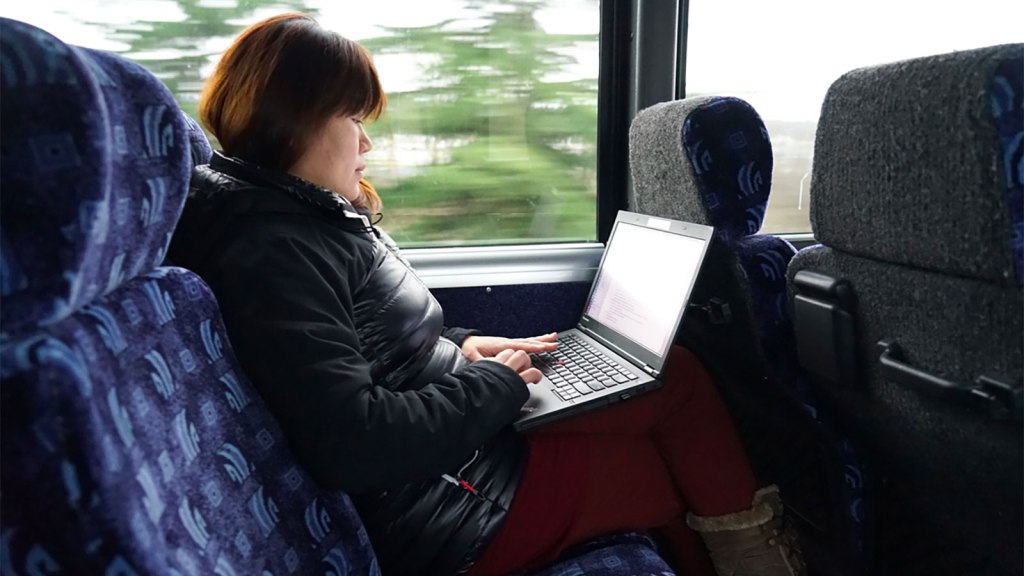 Can new bus lines chart a course to better travel options in the West?

A mis-booked flight left Anthony Gill needing a quick ticket to Seattle from Spokane, Washington, last November. Gill, a 25-year-old graduate student in public policy at the University of Southern California, had heard of a new bus service called FlixBus, so he found the company’s app on his phone. The first run connecting Washington’s two largest cities, traversing the state from the rolling sagebrush of the east to the winding mountain passes and Puget Sound in the west, was departing the next day. So, Gill said, “I booked the trip that night for like $10.”

The purchase was a spur of the moment decision, but not an accident. Gill has an interest in transportation in the Northwest and was previously a board member of Cascadia Rail — a nonprofit pushing for a high-speed train connecting major population centers in the region. He’s also part of a generation whose members are less likely to have a driver’s license and more willing to ditch their cars than older generations. “Why would I drive when I can sit back, surf the internet, continue my Twitter addiction, or watch a movie?” Gill said.

Younger generations also worry more about the impact climate change will have on their lives. New bus options around the West are targeting these environment- and budget-conscious travelers. And rail proponents like Gill think demand for regional bus travel will demonstrate that there’s a thirst for other alternatives, too — in particular, rail systems. With expanding avenues for long distance travel, getting around the West in the future could require less hassle and spew less carbon.

FlixBus, a European company founded in Germany in 2013, first launched routes in California, Nevada, and Arizona in 2018 and has since expanded to Utah, Washington, a sliver of Idaho, and Oregon. They’ve entered an increasingly popular industry for city-to-city transport, with competitors like BoltBus, Megabus, and the upscale Cabin bus, an overnight sleeper connecting San Francisco and Los Angeles. All of these brands have emerged in the last decade as alternatives to Greyhound, the only nationwide bus service.

To differentiate itself in a growing field, FlixBus targets passengers looking for perks like reliable Wi-Fi and charging outlets. The company also tries to meet younger riders where they are, like on the campus of Central Washington University in Ellensburg, Washington. On a chilly December day with low clouds and foggy breath lingering in the air, two CWU students caught the bus heading to Seattle. “It’s way easier to access a bus that comes to your campus,” said Leilani Salu, who was riding FlixBus for the first time. “And even when you get dropped off in places like Seattle, it’s convenient because it’s right next to the light rail.” A driver who worked the Thanksgiving holiday weekend said the buses were packed with students.

In general, Millennials and the now coming-of-age members of Generation Z are more attracted to lifestyles that don’t rely on cars. A 2014 study by the Public Interest Research Group, for example, found that Millennials are less likely to drive and more likely to either use public transit or bike than generations before them were as young adults. Part of the trend, according to the report, is the number of younger people moving to cities where alternatives to car transportation are more practical than owning, parking, and commuting by car. More convenient bus options and growing awareness of the climate impacts of travel could also lead younger generations to embrace regional bus travel, said Tony Dutzik, a coauthor of the 2014 study and senior policy analyst at the public policy think tank Frontier Group.

As concerns grow over the environmental impacts of travel, policy solutions could favor bus companies. While figures shift based on capacity, when buses are full they are the most carbon-efficient form of long distance travel in the United States, according to Joseph Schwieterman, the director of DePaul University’s Chaddick Institute for Metropolitan Development and an expert on regional transportation. And that could become a big deal as Western states develop plans to rein in and possibly tax carbon emissions. “The single biggest policy to jump-start bus travel would be a fee on carbon use,” he said.

Buses may not be the end of the line for regional travel in the West. As attitudes toward public transportation change and urban populations continue to grow, clogged Northwest freeways are leading regional planners to consider adding high-speed rail infrastructure. The Washington State Department of Transportation is studying an “ultra-high-speed” rail line that would connect Seattle, Portland, and Vancouver, British Columbia, shortening the travel times between the region’s economic hubs. The agency thinks it could be cheaper than the alternative: WSDOT estimated a high-end price tag of $42 billion for the project, which is less than half the estimated price of adding new north- and south-bound lanes to Interstate 5 in Washington.

As it plans for the future, Washington is trying to learn from places like California, where high-speed rail projects have dragged on for more than a decade. “Robust public outreach and community engagement early on — that’s been really important to us,” said Janet Matkin, WSDOT’s communications manager. Although routes and right-of-ways have yet to be established for the new rail system, Matkin is confident high-speed rail could be a reality in the Northwest. “Many can’t imagine what this region will be like in 50 years if we don’t invest now,” she said, referencing support from business leaders like Microsoft.

Gill, who frequently travels between Spokane, Seattle, and Los Angeles, said he hopes bus companies like FlixBus will show regional leaders that there’s a demand for new transportation alternatives. “I try as much as possible not to drive — it’s the hassle — I’d rather not deal with things like parking, gas, and insurance,” he said. And he’s also hoping not to fly as much as he does now because of the climate impacts and inconveniences of air travel. Ideally, Gill would like to be able to board a high-speed train on the foggy shores of Puget Sound and hop out under the bright Southern California sun.