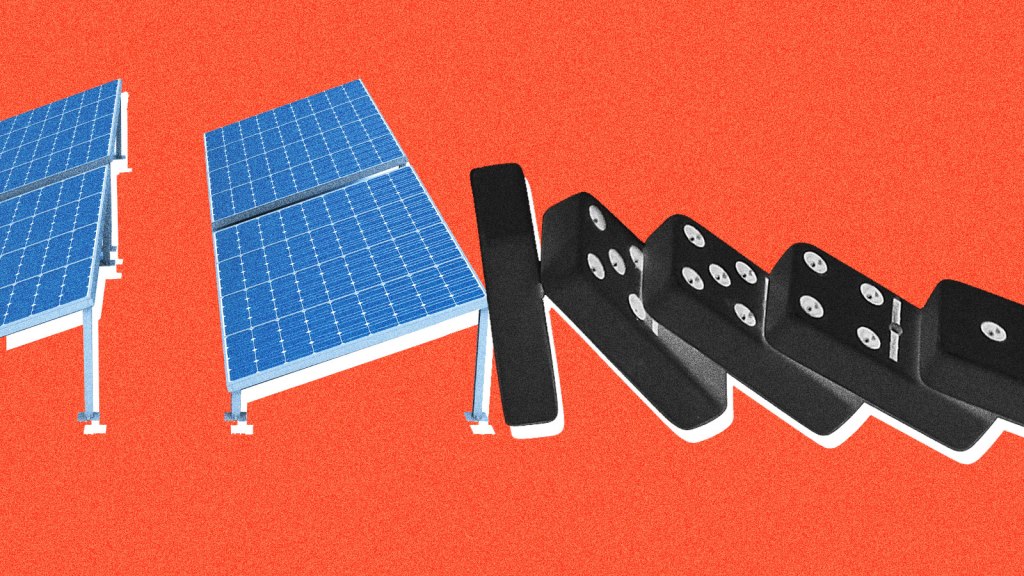 A recent study in the Proceedings of the National Academies of Sciences outlines the positive “tipping elements” needed to address climate change — society-wide shifts that could reduce greenhouse gas emissions enough to avert disaster. Each tipping elements, researchers say, can be triggered by one or more “social tipping interventions” (regrettably abbreviated to “STIs”) — smaller changes that pave the way for societal transformation.

The challenge ahead seems almost insurmountably difficult. Global emissions (which rose every one of the past three years), need to reach net-zero by mid-century in order for the planet to stay below 2 degrees C of warming — the threshold between “bad but manageable” warming and “time to get in the bunker” warming.

But the interdisciplinary team of researchers with backgrounds in earth systems analysis, geosustainability, philosophy, and other fields, say these STIs can keep humanity not just below that threshold, but substantially so. The team surveyed more than 1,000 international experts in the fields of climate change and sustainability, and asked them to identify the tipping elements needed for rapid decarbonization. By aggregating the results, the researchers identified seven interventions that have the potential “to spark rapid yet constructive societal changes towards climate stabilization and overall sustainability.” The biggest takeaway, aside from the fact that there actually is a way (well, seven ways) to avoid climate catastrophe, is that financial markets hold the key to keeping us in the black.

Here are the two interventions that the researchers say can be achieved very rapidly, i.e. within a few years.

Flipping the next switches will take longer — 10 to 20 years.

The final STI will require upward of 30 years of efforts to take effect.

All of this may seem a bit far-fetched at first. Will stamping foods with their carbon footprints really persuade shoppers to make more climate-friendly choices? Will teaching third-graders about carbon cycles really inspire them to vote for green politicians in a decade? The cool thing about this study, which incorporates findings from previous climate, health, and behavioral studies, is that the researchers found historical parallels for each of the interventions they recommend. The perceived health benefits of eating organic in the early aughts spurred shoppers to look for that label in the grocery store, boosting the global market for organic products by 10 percent every year. A literacy campaign in Cuba in the 1950s slashed illiteracy rates from 24 percent to 3.9 percent in less than a year. Progress is possible — it’s just a matter of opening the right floodgates.