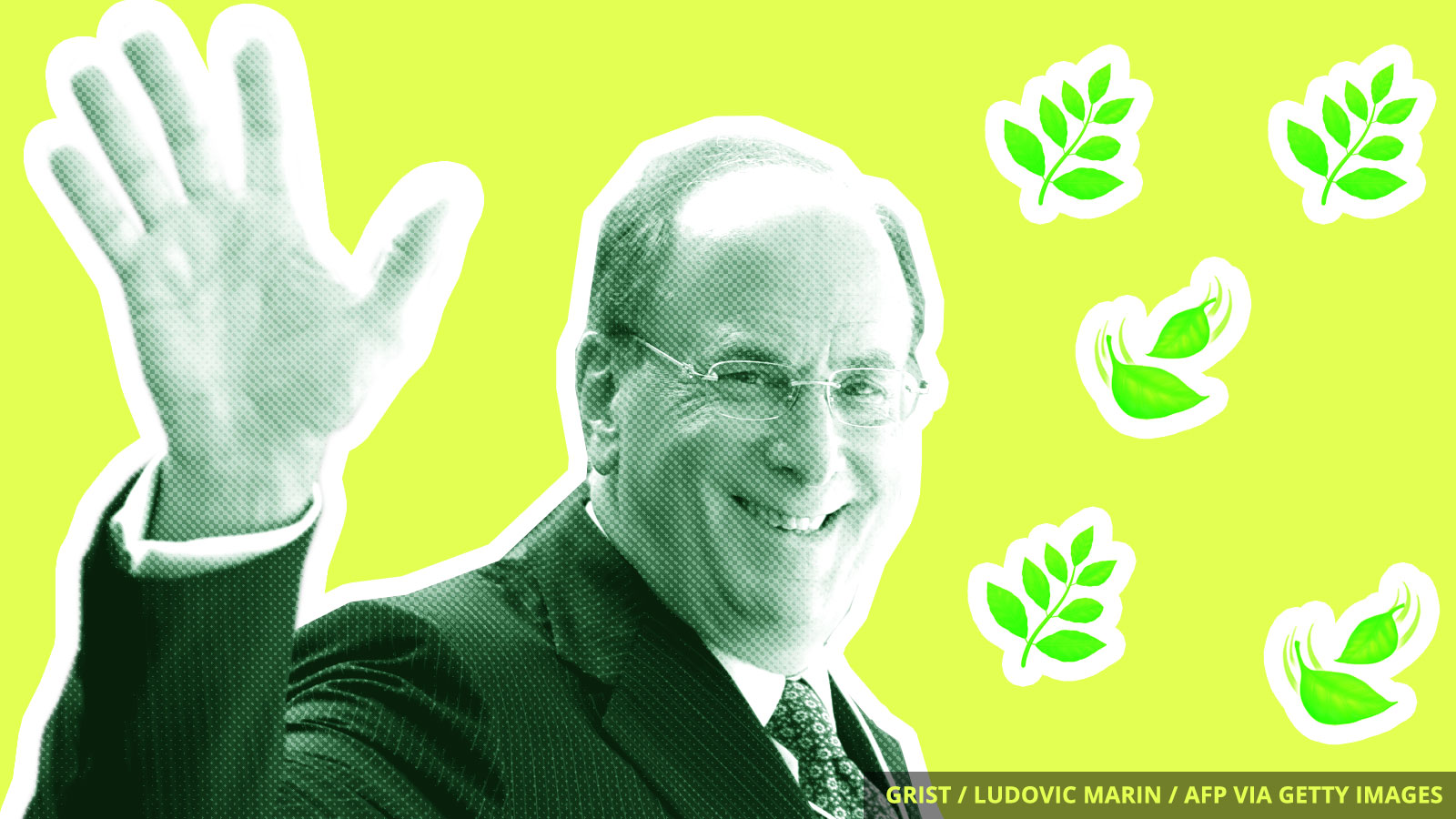 Days after BlackRock, the planet’s biggest money manager, announced that it was joining an investor group called Climate Action 100+, BlackRock’s founder and chief executive followed up with an even bigger commitment to take action on climate change.

In his annual letter to CEOs of the world’s largest companies, Laurence Fink called climate change a “structural, long-term crisis” and declared that BlackRock is placing sustainability at the center of its investment approach. That means it will consider sustainability as a factor in risk management and withdraw investments that present a high risk, like thermal coal. (Thermal coal is burned to generate electricity, whereas coking coal is burned to create steel.)

BlackRock is currently in the process of selling off investments in companies that generate more than 25 percent of their revenue from thermal coal production from its “actively managed funds.” It’s worth noting that active funds represent only about a third of the $7 trillion it manages, and many coal producers don’t fall into that revenue bracket, such as large, diversified mining companies. Even with this blockbuster announcement, BlackRock remains one of the biggest investors in fossil fuels.

This is only the company’s first move in its new commitment to sustainability, but based on Fink’s letter, it doesn’t sound like it will be the last. In the meantime, it raises the bar for the world’s titans of finance to take climate change seriously.

No surprise, but still: The last decade was the hottest decade ever recorded, according to a new report from the National Oceanic and Atmospheric Administration and National Aeronautics and Space Administration. The report also found that 2019 was the second-warmest year on record.

A new study in the journal Nature Medicine found that heat waves in a world that’s 2 degrees C warmer than pre-industrial levels could lead to an additional 2,135 deaths from severe injuries in the U.S. each year. That’s because when temperatures go up, drownings, car crashes, assaults, and suicides do, too.