Storms wreak havoc on land. We're only beginning to understand what they do underwater. 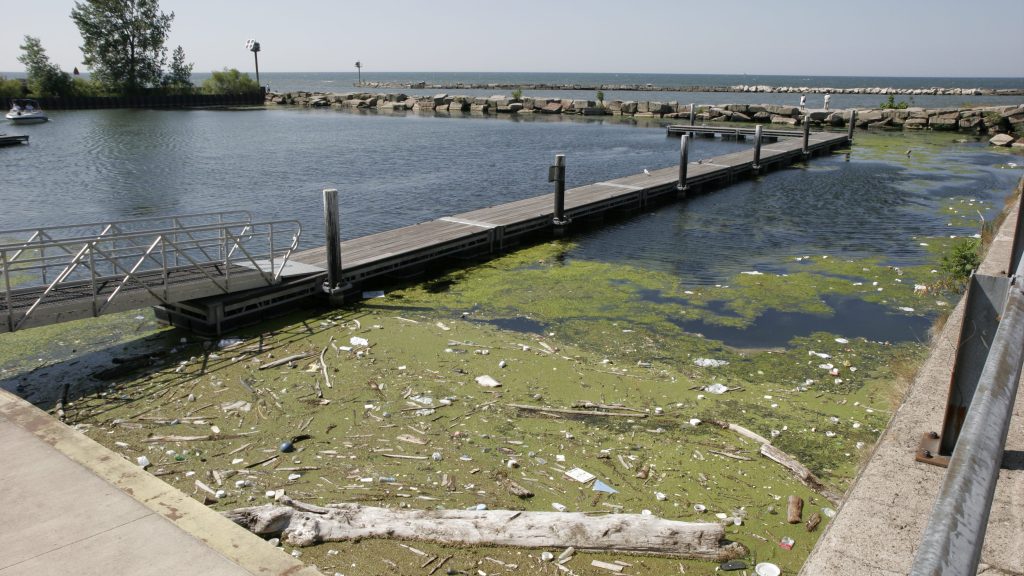 Storms wreak havoc on land. We’re only beginning to understand what they do underwater.

You’ve likely heard about broad trends that scientists are certain will occur as a result of climate change: Plants and animals will be pushed out of their native habitats. Ice sheets will melt, and sea level will rise. Extreme weather events, like droughts and storms, will become more common and more severe.

But go a layer deeper and ask about the effects of those changes on the environment — on plants, animals, and ecosystems at large — and the certainty fades. “There’s been research on climate extremes for a number of years — but it’s the impact research, the impacts on the ecology, that is now catching up with that,” said Stephen Thackery.

Thackery is a lake ecologist at the U.K. Center for Ecology and Hydrology who is part of a team that published a new study in the journal Global Change Biology on the effects of extreme weather on freshwater ecosystems.* He and his colleagues combed through the last 50-plus years of peer-reviewed research to find out what is known, specifically, about how storms can alter phytoplankton communities, or algae, in lakes.

Humans rely on freshwater ecosystems in myriad ways: drinking water, fishing, recreation. Entire regional economies depend on lakes enticing tourists to their shores. A murky lake, or one overtaken by the dangerous blue-green algae cyanobacteria, threatens safety and livelihoods. If we can better predict how extreme weather will interact with lakes, local leaders can use that information to inform adaptation measures and potentially prevent ecological and economic disaster.

Unfortunately, the scientists’ search turned up few studies that could answer that question in the first place. And the reports they did find varied too much from one to the next to draw any firm conclusions.

One problem: When scientists have looked at the effects of storms on lakes, they haven’t been looking at the whole picture. Some storms bring strong winds, some bring heavy rains, others bring both. These events have direct impacts on lakes themselves, like churning up the water and altering water temperatures. But storms also have indirect effects on lake ecology by flushing sediment, fertilizer, and other pollutants from the entire watershed into them. “Lakes are like bowls catching everything that happens within the watershed,” said Jason Stockwell, an aquatic ecologist at the University of Vermont who led the project.

In the study, Stockwell and his colleagues propose a framework that takes both the direct and indirect effects into account. They’re hoping that future researchers adopt that approach instead of isolating and studying one interaction, like how wind on the lake’s surface alters phytoplankton communities.

One of the reasons this kind of multivariable approach has been slow to start is that the technology to measure all of the potential effects of storms — physical, biological, and chemical — is still relatively new. Long-term lake monitoring projects tended to collect data on different aspects of the ecosystem weekly or monthly, not nearly often enough to catch what’s happening in the water during and immediately after a storm hits. Without that resolution in the data, it’s hard to separate whether an observation can be attributed to a storm or is due to some other factor, like a seasonal shift.

There’s evidence that researchers are already shifting their methodologies to address this gap. Stockwell’s colleagues at the University of Vermont are engaged in a long-term research project called Basin Resilience to Extreme Events, or BREE. They are taking that holistic, watershed-scale approach to study the relationship between extreme weather — including storms, heat waves, cold snaps, and droughts — and harmful algal blooms in Lake Champlain, which runs along Vermont’s western border with New York.

BREE actually takes the framework put forth by Stockwell and team one step further, integrating policy and governance into its assessment model. “I can imagine a future state where we can send out a broadcast to recommend farmers don’t spread fertilizer or manure for the next week because we’re expecting heavy precipitation,” said Chris Koliba, a professor of community development and applied economics at the university who is affiliated with BREE. “That’s what this kind of work is starting to reveal.”

Stockwell said that over the past decade or so research on storms has already picked up in other fields, like land ecology, and that aquatic ecologists are starting to catch up. Now that he’s seen how little has been established, Stockwell’s next project is working on trying to determine what a “normal” seasonal trajectory is for phytoplankton communities so that when a storm passes through, he and other researchers will have a better understanding of whether shifts in the communities are due to the storm or are part of a natural progression.

“In freshwater systems, I think it’s starting to take off in a big way now,” Stockwell said “This paper is synthesizing and integrating a lot of information that I think will be a go-to resource.”

Correction: We originally wrote that the study was published in the journal Environmental Science and Technology. Grist regrets this error.