That ocean breeze may be full of tiny bits of plastic 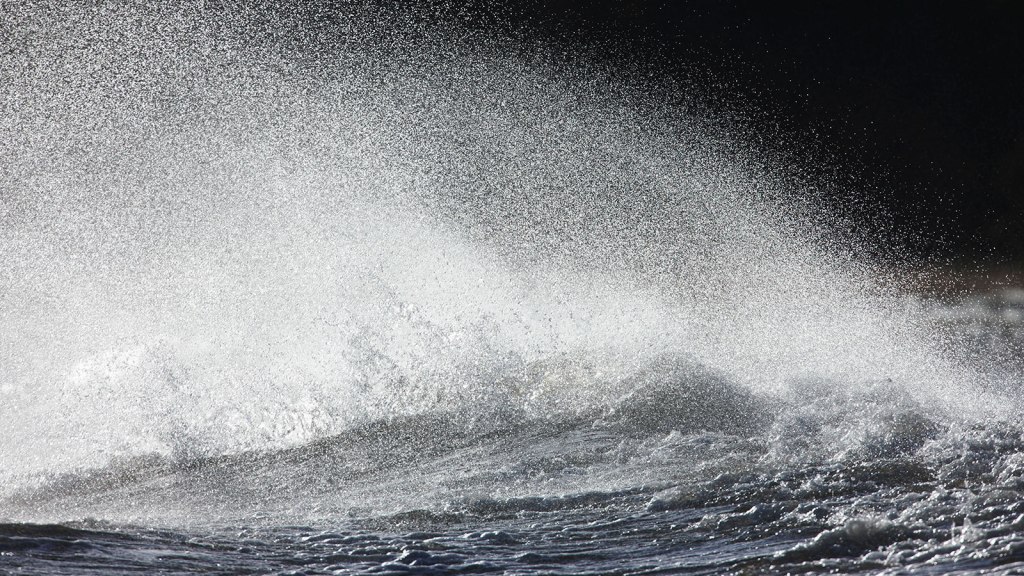 That ocean breeze may be full of tiny bits of plastic

Want to know how much plastic is entering the ocean every year? I regret to inform you that nobody knows. A commonly cited figure — 8 million metric tons — comes from a decade-old estimate based on population and waste data, and scientists now believe the number could be significantly higher. But there’s an even more puzzling question for researchers who study plastic in the ocean: Where has it all gone?

Field studies of marine plastic have accounted for only a small fraction of the material that scientists believe has been dumped into the seas, leading researchers to wonder where the rest of it is. A peer-reviewed study published in PLOS ONE this month backs up one theory for what could be happening to at least some of the missing plastic: Tiny particles are getting spat back out of the ocean and up into the atmosphere.

“It shows that the ocean is not only a sink but also a source of microplastics,” Melanie Bergmann, a marine ecologist who was not involved in the study, told Grist in an email. “And that it is all connected, in line with the hydrological cycle somehow.” (“Hydrological cycle” is a fancy name for the water cycle.) Last summer, Bergmann published a study that found evidence of microplastics in Arctic snow, and in that study she raised the question of whether some of it may have traveled from the sea to the atmosphere.

The idea starts with a well-studied phenomenon: When waves break, air bubbles are thrust to the surface of the ocean and burst, sending particles of solid matter like salt and algae up into the air, where they are swept up by the wind. The lead authors of the new study, Deonie Allen and Steve Allen of the University of Strathclyde in Glasgow, wanted to test whether plastic particles might also be bursting out of the ocean this way. They conducted a small pilot study on a beach in France’s Bay of Biscay, which is known for fierce storms and turbulent waves. If plastic was being thrust out of the ocean anywhere, this would be a good place to start looking.

They set up a sampling station on a dune about 30 feet above sea level and collected air samples over the course of eight days through a variety of weather conditions. Microplastic particles were present in every sample, with the amount spiking on the last afternoon, when a thick mass of sea fog rose off the crashing waves and rolled into shore after a storm. The researchers did a rough back-of-the envelope calculation extrapolating their findings out to coastlines around the world and estimated that about 136,000 tons of microplastics could be blown onshore annually.

Steve Allen said that the same process of microplastic ejection is likely happening out at sea, and in other bodies of water like rivers and lakes. He and Deonie are hoping to get funding to conduct wave tank experiments in a lab setting to better understand how it works and how it might be different for plastic than for sea salt or algae.

The Allens are partners in research and in life. They were inspired to study microplastics after sailing across the Pacific in 2010 and growing disturbed by the presence of plastic debris floating by, even when they were 1,000 miles from the nearest shore. Last year, they published findings of microplastics being deposited in the Pyrenees mountains, adding to the evidence that plastic can travel many miles in the atmosphere before landing back down on earth. “It’s 90 kilometers before you get to the next major city, and we were finding plastic falling out of the sky up there,” Steve Allen told Grist.

The Allens’ new study offers early evidence that marine plastic could be making its way out of the ocean and into the atmosphere, and eventually traveling as far as the Pyrenees, but there are many other theories for where the missing plastic is hiding: in the bodies of fish, in soil, in yet-to-be-discovered “hotspots” on the seafloor. It could also be that the plastic is getting degraded by the waves, sun, and salt down to a size that current methods are not detecting, but that could still have deleterious effects on humans and wildlife. “If we start looking into smaller particle sizes, we might find it,” said Deonie.

Besides ocean waves, potential sources of atmospheric microplastics include car tires, industrial sites, and even synthetic clothing. Researchers have measured microplastics raining down on city dwellers in places like London, Paris, Dongguan, China and Hamburg, Germany. In fact, the Allens’ study notes that “there was clearly more MP [microplastic] coming off the land in offshore air masses” than from the sea. “This raises concerns about the sources of microplastics on land, where higher concentrations are observed and people are more likely to be exposed,” said Stephanie Wright, a research fellow at Kings College London studying the potential impacts of microplastics on human health.

The human health risks of breathing in all those microplastics is still unclear. There are concerns that the chemical ingredients in plastics could be harmful, and that microplastics could act as a vector for human exposure to pathogens, heavy metals, and pesticides that the particles pick up in the environment. Studies of marine organisms have found evidence of chemical leaching and bacterial infection associated with microplastic ingestion. But scientists don’t yet have a handle on exposure rates in humans, let alone what microplastics do to our bodies. We won’t be able to design effective policy to manage plastic in the environment until we know more, Deonie Allen said.

“It could be that we reach the threshold of danger before we even know we’ve done it,” said Steve Allen.