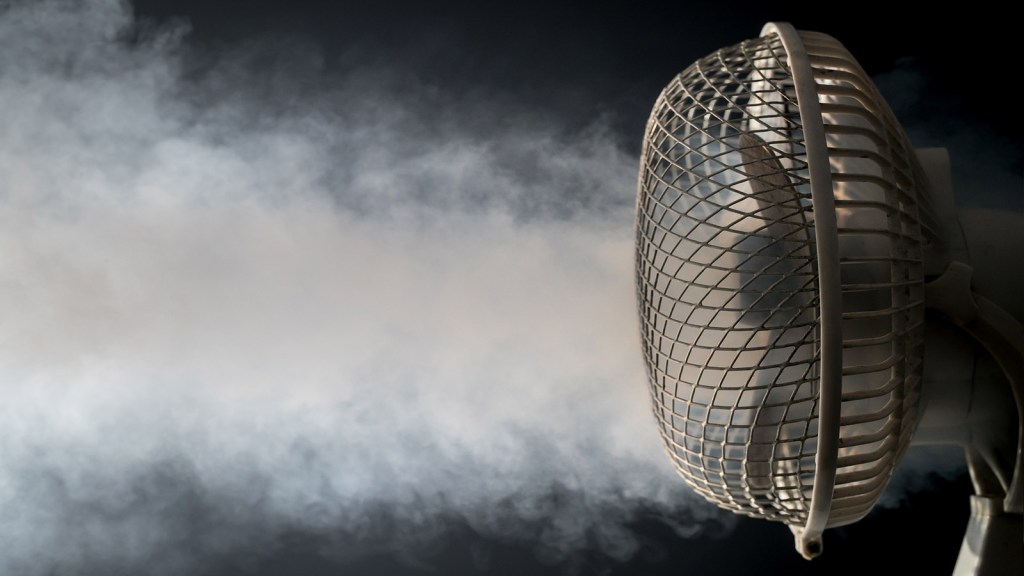 A recent study found that Americans could deal with heat waves by … spraying themselves with water and turning on their electric fans.

You’d be forgiven if your initial reaction was a facepalm over how obvious that conclusion sounds, because that’s what this reporter initially did. But remember the lesson of the treadmill for shrimp: Every time a comedy-show host or conservative-radio shouter makes fun of money wasted on a seemingly ridiculous study, there’s always more to the story. Fox News viewers got heated up about spending taxpayer money on duck penis research, but I defy you to read about the actual science and come away not believing that’s money well spent.

As obvious as cooling off with fans and water sounds, it’s not obvious to all public health departments. There’s a widespread misconception that fans make heat worse when it’s above 95 degrees, according to Ollie Jay, one of the scientists behind the paper, who studies heat stress at the University of Sydney. That’s just wrong, he said.

It’s especially galling for Jay because this fear of fans is, in part, an overreaction to his own research. According to his work, it’s true that fans can make heat stress worse when the mercury nears 100 degrees F, but only in the driest conditions. “Most recently we showed that fans could be bad in very hot/dry conditions and then the media headlines focussed on that,” he wrote in an email. They didn’t emphasize that he’d also found that, in more humid conditions up to 133 degrees F, fans worked quite well. “That was lost in most coverage of that article, which was frustrating.”

And before that, the World Health Organization had advised for decades against fan use during heatwaves.

“All these public health institutions say, ‘Oh no, turn the fan off and go congregate in public places,’” Jay said, referring to cooling centers, the air-conditioned facilities that cities open to the public during heat waves.

Assembling in cooling centers could be deadly during a pandemic. That’s especially true because the people most vulnerable to heat — poor people without air conditioning, and the chronically ill — have been particularly vulnerable to COVID-19. The fact that public health departments in places like New York advise people not to use fans in very high temperatures “is just mad,” Jay said. And the pandemic hasn’t caused health officials to revisit that bias — the Centers for Disease Control and Prevention put out guidelines this year for wearing masks at cooling centers but didn’t offer any alternatives, like staying home with a fan and a spray bottle.

In this study, Jay and his colleagues simply did the math to figure out where fans and water would work and where they wouldn’t, based on historical weather data and previous experiments in which the scientists heated people up and watched them sweat as they monitored their vital signs.

The study found that fans and water spraying would help to cool people down in most of the United States. The researchers looked at summer temperatures over the last 20 years in 105 major metropolitan areas and found that fans and a spray bottle would have always helped people stay cool in 80 of them, representing 176 million people. And in the remaining cases, a cold shower, a garden hose, or a cold foot bath, might be safer than telling them to come to a cooling center in a pandemic.

Since the study is based on historical data, its conclusions won’t necessarily hold as the world warms and heat waves set new records. But Jay primarily hopes the analysis will be useful as a source of accurate information for public health departments this summer, when the pandemic has made cooling centers downright dangerous. “We tried to get this out as quickly as possible,” he said.