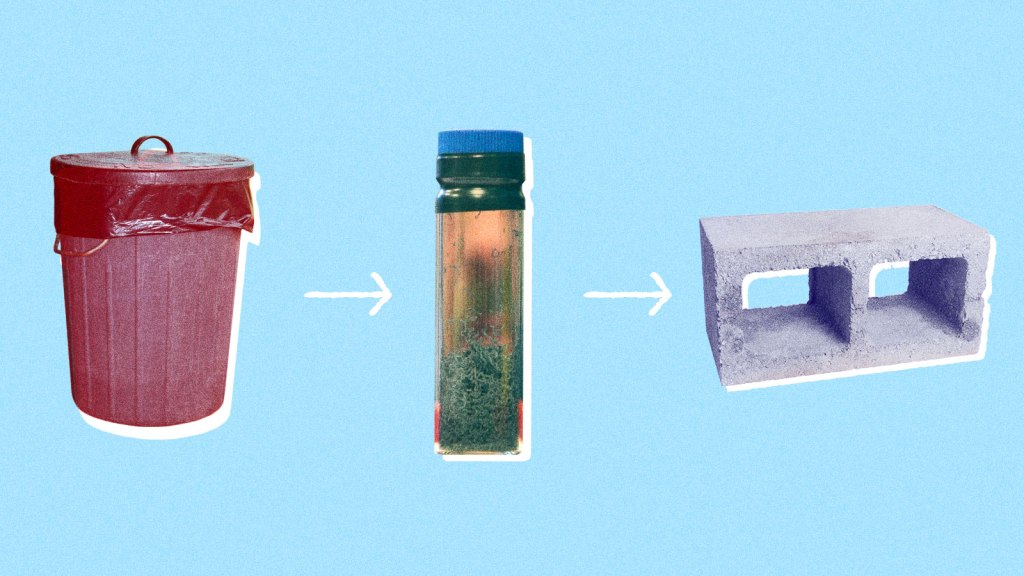 For more than a thousand years, humans have dreamed of transforming a worthless substance (lead) into something precious (gold). But in the 21st century, the mythical philosophers’ stone might produce not gold, but graphene, a two-dimensional carbon nanomaterial with so many industrial uses that it’s more valuable by weight than the 24 karat stuff. And that transformation may no longer be a fantasy. Researchers at Rice University have devised a technique that seems akin to modern-day alchemy for making graphene from garbage.

Since graphene was discovered in 2004, demand for the material has skyrocketed thanks to its remarkable physical qualities. With its single layer of carbon atoms, graphene is at least 100 times stronger than steel, ultra-light, as stretchy as rubber, and the best heat conductor in the world. But the supply of graphene has been limited by the painstaking processes used for producing it in the lab, from expensive chemical reactions to grinding away at layers of graphite — yes, the stuff from pencils —on the atomic level.

The new study shows that a split-second, ultra-hot flash of electricity focused on any item containing carbon — say, an old sandwich, a plastic water bottle, or a worn out rubber tire — can also produce graphene by forcing all the other elements to escape as gases, leaving behind only a two-dimensional, ultra-strong carbon lattice. The burst of energy that heats up the item to over 5000 degrees F is so precisely concentrated that making a pound of this “flash graphene” would only use the same amount of energy as running a typical dishwasher for half an hour.

James Tour, one of the study’s authors, explains that transforming the carbon found in food or trash into graphene keeps that carbon from reentering the atmosphere as the items decompose. “We bring up a lot of assets from under the ground, a lot of carbon in the form of coal, oil, and gas … [and] that carbon becomes part of our world,” he said. “But when you make graphene, it’s fixed. It doesn’t enter the carbon cycle again.”

The idea of turning waste into graphene isn’t new, but this is the first time researchers have made the transformation a reality. If the flash graphene method can be scaled up, the discovery could transform graphene from a luxury material hiding in laboratories and some niche products into a common component in a wide variety of industries, including medicine, buildings, batteries, and electronics.

Climate-wise, one of graphene’s most exciting applications is also one of the lowest-tech. Cement produces 8 percent of the world’s carbon emissions — triple what the global aviation sector emits — but mixing in just 0.1 percent of flash graphene can slash those emissions by a third. If all the cement in the world were produced with flash graphene, that would be like erasing the annual carbon emissions of Brazil.

Tour, who is also a scientific advisor for a company called Universal Matter that’s trying to produce flash graphene commercially, also points out that flash graphene made from food waste has the added climate benefit of reducing emissions from methane, a potent greenhouse gas released as food rots in landfills.

While the new method represents a breakthrough in graphene production, questions remain about whether flash graphene can scale. The Rice researchers have produced mere grams of graphene, and Zhongfan Liu, a graphene researcher at Peking University who was not involved in the study, cautions that “going from the gram level, kilogram level, up to the ton level is still a long way.” And Claire Berger, a researcher who specializes in graphene for electronics at Georgia Tech, emphasizes that not all forms of graphene are interchangeable, which might limit flash graphene’s usefulness. You wouldn’t use the same kind of graphene in cement as in a sensitive electronic or biomedical device, for instance.

Any scaling effort would also have to trap the elements besides carbon from the original item, such as silicon or aluminum, which the flash method releases as gas. Tour doesn’t see disposing of these leftover elements as a barrier; he even speculates that selling them back to the chemical industry would even help make flash graphene more scalable in bulk.

Dru Kefalos, Universal Matter’s chief marketing officer, acknowledges that flash graphene “is still an early stage invention” but says that the company is moving rapidly to expand and expects to build their first industrial-scale production plant by late 2021.

In the first Harry Potter book, the philosopher’s stone is ultimately destroyed because it turns out that having an alchemical panacea lying around can backfire. Likewise, even in a best-case scenario with flash graphene, sitting around and waiting for production to take off doesn’t seem like a good solution for either our massive global waste problem or cutting carbon emissions. But it may have the potential to play a role in fighting both problems — more like a helpful house elf, perhaps, than a magical answer to make our trash or emissions go away.