Three kids learned about Greta Thunberg for Earth Day, and their reactions are 100% wholesome 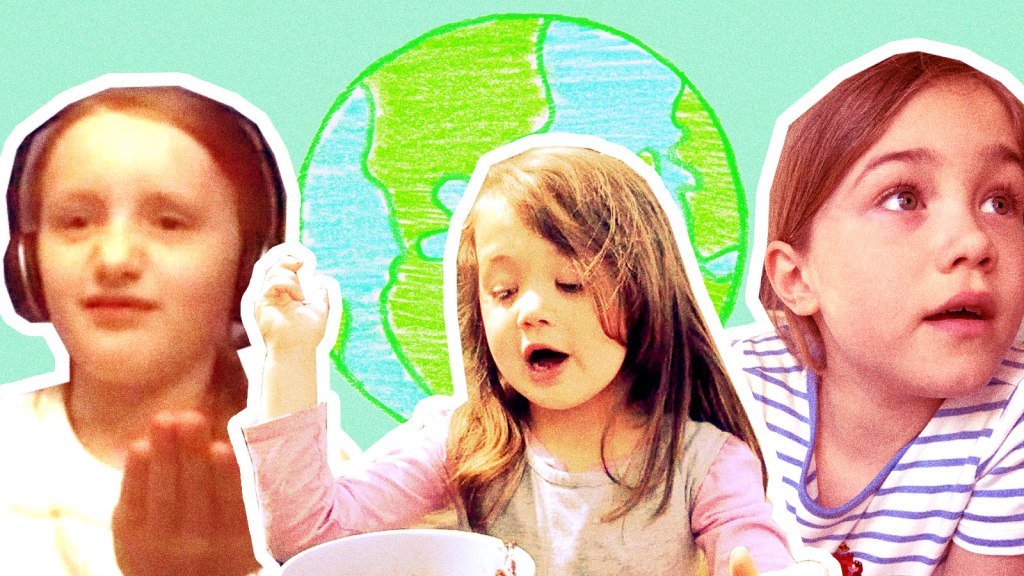 Three kids learned about Greta Thunberg for Earth Day, and their reactions are 100% wholesome

Teresa Chin is a senior editor at Grist.

Earth Day is hitting people a lot closer to home this year — quite literally, since the coronavirus pandemic means most of us are trying not to leave our houses. And if your home, like mine, also happens to contain small humans, you’re likely on the hunt for kid-friendly activities to keep them occupied  introduce your little ones to climate-friendly concepts.

So we at Grist were intrigued when we heard that the podcast Good Night Stories for Rebel Girls — an audio offshoot of the New York Times-bestselling Rebel Girls books — was releasing a new episode about Greta Thunberg, the famous Swedish teenage climate activist, just in time for Earth Day’s 50th anniversary. The 18-minute episode covers how Thunberg rose to A-list activist status by protesting outside of Sweden’s Parliament once per week and confronting policymakers over their inaction on climate change. Her protests ended up launching the now worldwide #FridaysForFuture youth-led climate strike movement.

If you’re not familiar with the podcast, each episode tells a story of a trailblazing woman in the style of “Once upon a time,” as read by other prominent women from various fields. The stories are generally accessible for young children, but don’t gloss over each heroine’s real-life hardships. In Thunberg’s case, for example, the podcast briefly mentions her past struggle with disordered eating.

So how would kids react to learning about Thunberg’s crusade for climate action (narrated by Jameela Jamil, the actress who plays Tahani in The Good Place)? To find out, we asked some of the kids we know — Zoe, 4, Sadie, 6, and Lily, 9 — to give the episode a listen and share their questions, comments, and facial expressions along the way. We don’t know about you, but hearing their reviews has us feeling decidedly a little more hopeful about the future.

Here’s what they had to say:

“I like how Greta stood up for kids. The adults had been like, ‘Uh huh, uh huh, whatever.'”

“Why don’t we all ride electric bikes and cars?”

“I learned that kids can join too. Everyone can decide if we want good air or bad air. We’re going to decide to have good air, like not pollutions.”

“I like the name Greta. That’s Cinderella’s mouse’s name.”

“Is she still sitting in front of that building right now? Like, RIGHT NOW?”

“Is she still a kid? Should we vote for her?”

“We should be good to the planet and waste less stuff. Can I have more cake, please?”

“Some people aren’t kind to her because she stands up for climate change …They might think she’s being mean by saying, ‘You made this mess, you clean it up.’”

“I would ask Greta, ‘Do you have fun going to all the protests? Do you get bored speaking all the time?’”

“Most of the government isn’t listening to everybody who is doing something for climate change.”

“I would tell Greta, “You’ve convinced a lot of people and you’ve done a good job.”’