How will Earth Day celebrate its 50th birthday? Not as planned. 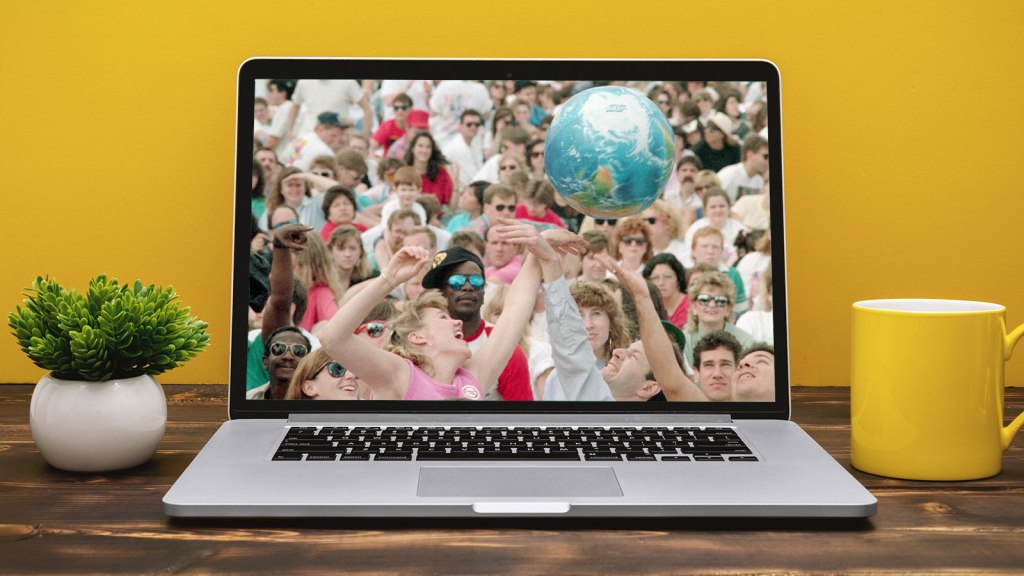 Grist / Constantine Johnny / Bettmann / Getty Images
the '70s are back

How will Earth Day celebrate its 50th birthday? Not as planned.

Picture the biggest protest you’ve ever seen. Crowds stretch on for miles between downtown skyscrapers on streets normally bustling with cars. From a birds-eye view, the moving bodies form a glittering mosaic. Zoom in, and the mass of chanting people brims with bright signs and unmistakable enthusiasm.

That scene can only happen in our imaginations for now. A march was part of the original plan for Earth Day’s 50th anniversary this week, planned in tandem with the March for Science NYC, along with workshops, talks, live concerts, and more. But in the middle of a pandemic, few things are proceeding as planned. And so like everything else these days, the Earth Day happenings are going digital. The events are kicking off on Sunday with a livestream featuring Senator Elizabeth Warren, the actor Joseph Gordon-Levitt, and the climate scientist Katharine Hayhoe, leading up to Earth Day on April 22.

So what would success look like for a movement that’s previously relied on taking to the streets to galvanize people? The answer is pretty much the same for a splashy in-person protest. For lasting political change, it’s what happens afterward that matters — whether people stay involved and committed to the cause.

“The goal of these virtual events is to not let this landmark anniversary pass us by,” said John Opperman, executive director of the Earth Day Initiative, the organization that plans the annual events. Opperman said recent years have brought new energy and new faces to the climate movement, with the rise of the Youth Climate Strikes and the talk of a Green New Deal. The important thing, Opperman says, is that this momentum around climate action doesn’t get eclipsed by coronavirus.

Moving online means different challenges. There’s the potential loss of the excitement of attending a live event, with music blaring and banners streaming. Protests are often judged by the crowds, but there won’t be any. To make matters more complicated, some environmentalists think the day has lost its edge over the decades, saying that it’s been taken over as a marketing opportunity by companies and puts the focus on personal habits like bringing tote bags to grocery stores.

With the pandemic looming, the situation is reminiscent of the first Earth Day. On April 22, 1970, an estimated 20 million Americans — 10 percent of the country’s population — took to the streets, demanding that political leaders clean up our environment. They were responding to the mess they saw around them: thick smog, oil spills, and trashed rivers. A week later, President Richard Nixon invaded Cambodia during the Vietnam War. The headlines were taken over by the escalating conflict in Southeast Asia and anti-war protests, wrote Denis Hayes, the national organizer of the first Earth Day, in a recent editorial in the Seattle Times.

What propelled the movement back then, Hayes wrote, was an enduring campaign to get some of the most anti-environment politicians out of Congress — the so-called “Dirty Dozen.” Voters ended up kicking seven of these incumbents out of office in the 1970 election, including former Representative George Fallon of Maryland, chair of the House Public Works Committee, and that victory sent a message to legislators.

The importance of the upcoming presidential election is not lost on Earth Day 50’s organizers. The March for Science has been running a get-out-the-vote campaign since 2017, and that’s continuing into the election this fall, said Ingrid Paredes, co-chair of March for Science NYC. She’s hoping that this year’s online events can reach new people and help them get involved with the broader movement, learning the merits of voting for science-based policy along the way. Polls suggest voters are getting more climate-conscious. In a survey at the end of last year, 14 percent of registered voters said addressing climate change was their top priority, compared to just 2 to 6 percent a few years earlier.

To complement the livestream for Earth Day 50, the organizers have developed an app that lets participants interact. They can discuss different issues in threads, engage with speakers, and go to a virtual exhibit booth. The app will stick around for a year after the event. “It’s really a chance for people to get engaged in action, beyond just learning about climate and climate action the day of,” Paredes said.

Opperman sees another parallel between the current moment and the original Earth Day. Leading up to 1970, people were already geared up from Vietnam War protests and the Civil Rights movement. They understood the environmental threats they faced thanks to books like Rachel Carson’s best-seller Silent Spring, published in 1962. The environmental catastrophes that happened in 1969 — an oil-drilling accident in Santa Barbara and a full-fledged fire on Ohio’s Cuyahoga River — were the wake-up call.

Today, political involvement is on the rise, and the devastating effects of climate change are right in front of us, showing up in the form of intense wildfires, long droughts, and supercharged hurricanes.

“To me,” Opperman said, “it looks like such a perfect storm moment, really similar to that perfect storm that existed around that first Earth Day in 1970.”