Need something else for your growing to-do list? Environmentalists have about a zillion things for you, give or take.

Chances are that you’ve heard a lot of them already: ditch your car for a bike, take fewer flights, and go vegan. Oh, and install solar panels on your roof, dry your laundry on a clothesline, use less water when you brush your teeth, take shorter showers … hey, where are you going? We’re just getting started!

For decades, we’ve been told that the solution to our planetary crisis starts with us. These “simple” tips are so pervasive, they usually go unquestioned. But that doesn’t mean that most people have the time or motivation to heed them. In fact, new research suggests that hearing eco-friendly tips like these actually makes people less likely to do anything about climate change. Oops! Experts say there are better ways to get people to adopt green habits — and they don’t involve nagging or guilt-tripping.

In the study — titled “Don’t Tell Me What to Do” — researchers at Georgia State University surveyed nearly 2,000 people online to see how they would respond to different messages about climate change. Some saw messages about personal sacrifices, like using less hot water. Others saw statements about policy actions, like laws that would limit carbon emissions, stop deforestation, or increase fuel efficiency standards for cars. The messenger — whether scientist or not — didn’t make much of a difference.

Then the respondents were asked about their thoughts on climate change. The people who read advice about individual action were less likely to report that they believed in human-caused climate change, supported climate-friendly political candidates, or would act to reduce their own emissions.

While the advice about personal behavior spurred a negative response from people across the political spectrum, the effect was much stronger among Republicans than Democrats, said Risa Palm, a professor of urban geography at Georgia State and the lead author of the study.

On the other hand, “when the message was linked with policy issues, it didn’t have this kind of negative effect,” she said. Palm’s study reinforces previous research that people prefer wide-scale changes that don’t require them to change their own behavior. They simply don’t feel like anything they could do would make much of a difference.

It’s a valid point of view, according to Sarah McFarland Taylor, the author of Ecopiety: Green Media and the Dilemma of Environmental Virtue. The scope of the proposed eco-friendly solutions — like, say, getting individuals to use less hot water — is simply “absurd” compared to the scope of the actual problem, she said.

Taylor, an associate professor of religious studies at Northwestern, uses the term ecopiety to refer to the voluntary duties that signal a person’s “green” virtue — driving a Toyota Prius, filling up a Nalgene, or ordering a salad instead of a burger. “We are fiddling with all these fiddly little ‘ecopiety’ details while the world is burning,” she said.

“The fact of the matter is, a small cadre of the ‘ecopious’ who have the wherewithal and the resources to do these voluntary individual actions, will do them,” Taylor said. “And the rest of the people will not.”

Why are people so resistant to climate-friendly behavior? It comes down to psychology. When people don’t like the solutions that are presented to them, or when they feel like their freedom is under threat, they may deny that there’s a problem altogether, Palm said.

When the Toyota Prius went worldwide in 2000, it was marketed as a climate-friendly, virtuous purchase, because it ran on gas and electricity. “There was an unintended rebound effect, with certain sectors of the population reacting very hostilely,” Taylor said. Years later, diesel truck owners started “coal-rolling”: removing emissions controls and rigging up their vehicles to spew giant clouds of smoke, targeted at unsuspecting pedestrians, bicyclists, and Prius owners.

Something similar might be happening with environmental-friendly advice. In a new Facebook ad from the American Conservation Coalition, a free-market, pro-business environmental group, a blond college student offers a barrage of tips to help you “address climate change on an individual level.” The list includes asking your local utility to switch you over to renewable sources, returning your empty lipstick container in exchange for a new one, and buying lots of “sustainable” products — durable water bottles, reusable sandwich bags, backpacks made from recycled materials, and more.

Let’s put aside the assumption that you could somehow shop your way out of the climate crisis and turn to the comment section. The top voted comment asks, “Any chance we could prove the ‘science’ first?” Another says, “I don’t reduce, reuse or recycle anything.”

“Once you tell people to sacrifice, deny, be noble, be pure, be vegan, it often triggers the opposite reaction in terms of consumer behavior,” Taylor said.

Based on the findings of behavioral science, changing habits might involve more “showing” and less “telling.” Greta Thunberg popularized the idea of flight shame not by actually shaming people, but by example. Instead of taking a carbon-spewing airplane to the U.N. Climate Action Summit last summer, the Swedish activist crossed the entire Atlantic Ocean via boat.

Talking about the environment is tricky, and Palm says that carefully crafted messages are important. People are always saying things like, “If only there was more communication” about climate change, she said. “No no no no! It’s the kind of communication you have.”

Taylor said that smart messaging around behavioral change is fun and sexy, not about restricting yourself or denying life’s pleasures. She isn’t the only one to suggest this; last year, Japanese Environment Minister Shinjiro Koizumi also called for making climate action “fun,” “cool,” and “sexy.”* 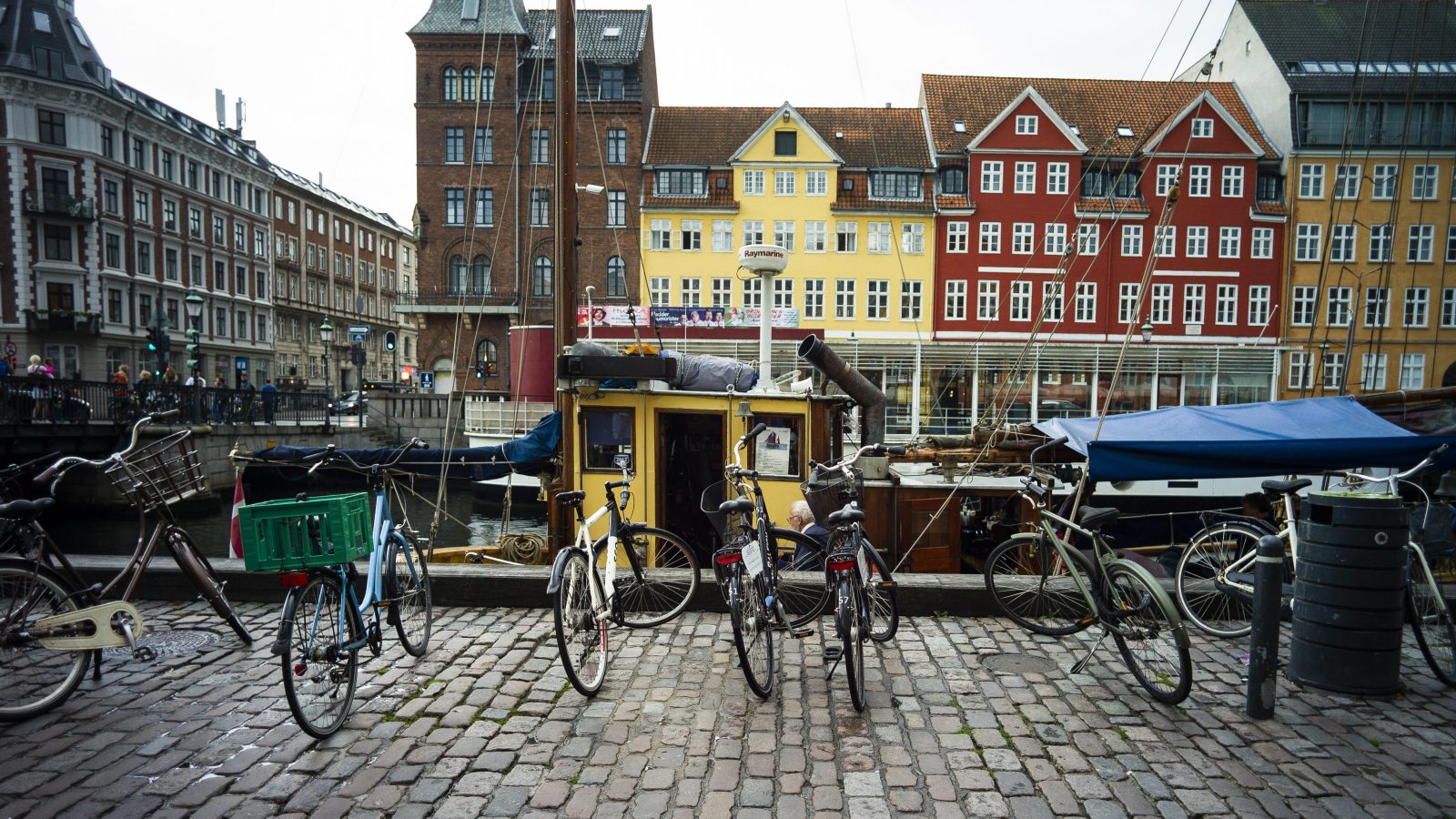 Bikes are parked in front of the Nyhavn Canal in Copenhagen, Denmark. Oscar Gonzalez / NurPhoto via Getty Images

As an example, Taylor points to how Copenhagen became a “bicycle paradise.” After the oil crisis in 1973, the Danish city rethought its transportation system and built the infrastructure to make biking safe and convenient. Riding a bike was marketed as something practical, exciting, and even glamorous. Mikael Colville-Andersen, an international biking advocate who helped popularize cycling in Copenhagen, once said that bicycling should be sold as “a multivitamin Viagra pill for the urban landscape.” Copenhagen now has more bikes than people — and five times as many bikes as cars.

The pro-biking campaign, in other words, wasn’t bathed in ecopiety and guilt. When a survey in 2010 asked people in Copenhagen why they cycled, environmental concerns ranked dead last at 9 percent. Most people said that it was simply faster, more convenient, healthier, and cheaper to bike.

“You’re not trying to get people to bike to work by saying, ‘This is your duty and your sacrifice, denying the pleasures of the automobile by getting on your bike,’” Taylor said.