When millions of people started fleeing Syria nearly a decade ago, pushed out by drought and a civil war, the press painted their arrival in Europe as a “crisis,” an “invasion.” At the time, Sonia Shah, a science journalist and author, was writing about infectious diseases. She thought that the spread of refugees might spur outbreaks, so she went to camps in Greece full of refugees from the Arab Spring to investigate. She discovered that she had it backward.

“As a whole, people on the move are healthier than the host societies they enter,” Shah said in an interview with Grist. When migrants did get sick, it was usually the result of being treated so badly on their journey. 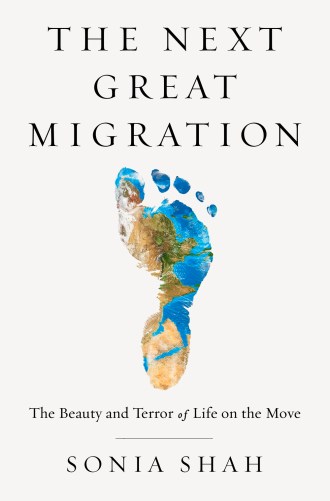 In 2016, she published her research on infectious diseases in the prescient book Pandemic: Tracking Contagions, from Cholera to Ebola and Beyond. But Shah continued to challenge her preconceptions after visiting those refugee camps, and the result became her new book, The Next Great Migration. In it, Shah traces the view that migration is a scary, unnatural force through history, highlighting how science, language, and politics teamed up to produce wrong-headed ideas about who and what belongs where.

Over the centuries, these “scientific” ideas propelled a host of abhorrent practices — think slavery, eugenics, and “ethnic cleansing” — and went on to drive racist and anti-immigrant policies whose legacies remain with us today.

“For centuries, we’ve suppressed the fact of the migration instinct, demonizing it as a harbinger of terror,” she writes. “We’ve constructed a story about our past, our bodies, and the natural world in which migration is the anomaly.”

In the book, Shah argues that migration is an inescapable part of life on earth and also represents our best shot at saving lives and diverse ecosystems as the world heats up.

In 1990, the Intergovernmental Panel on Climate Change predicted that human migration as a result of coastal flooding and severe drought would be one of “the gravest effects of climate change,” setting the tone for journalists to write stories about climate-driven migration. Of course, being forced to leave your home by war, famine, or other disasters can lead to trauma that persists for generations. But Shah complicates that narrative by reframing migration as a “life-saving movement” — emphasizing the agency of migrants, who are not just escaping bad conditions but actively seeking better ones. Experts say that the climate crisis could displace 200 million to 1 billion people by 2050 as people flee from inundated coastlines and drought-stricken lands. But Shah notes that human migration is an “unexceptional ongoing reality,” and that its relationship with climate is neither predictable nor simple: Retreat from the coastline is by no means happening uniformly, and there’s rarely just one single reason why people move. 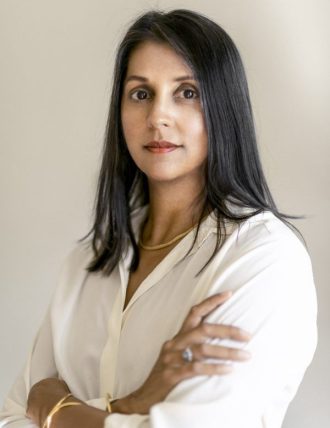 “That idea of climate migration as a sort of boogeyman, a terrible catastrophe that’s going to befall us — it’s in good faith, but it inadvertently casts migration in this extremely negative light,” Shah said. “We have to look at that in a different way. Migration isn’t the crisis; it really is the solution.”

Plants and animals, too, need to move to survive as the world heats up. Of the 4,000 species scientists have tracked in recent decades, between 40 and 70 percent have shifted where they live, nearly all of those moving to cooler lands and waters, Shah writes. Some frogs and fungi in the Andes climbed 1,300 feet higher in the span of 70 years. Seemingly immobile creatures, like coral, are heading northward at a rate of nearly 900 miles a year in the islands of Japan. Manatees from Florida have started swimming around Cape Cod.

Shah traces the idea that certain people and species belong in certain places to the 18th-century Swedish botanist Carl Linnaeus, famous for developing system to classify life on Earth. He pictured nature as static and unchanging, each plant or creature in its place as God intended. By his logic, Shah writes, “migration is by necessity a catastrophe, because it violates the natural order.” Linnaeus’ classification system categorized people, too; based on myths and gossip, he concluded that humans were divided into subspecies. While Europeans were characterized as clever heroes, he described the people of Asia as “greedy,” those of the Americas as “obstinate,” and Africans as “lazy” and “foolish.”

Shah threads together 300 years of history, tracing how so-called “science” about race and a static natural world were upheld by scientists, academics, and environmentalists in Europe and America, driving policies around eugenics and restricting immigration. She takes misconceptions about migration and dissects them, showing how they were built on shoddy evidence. Yet these ideas remain all around us.

“The idea of black people being biologically alien and less than human, that has been so incredibly powerful because it served economic and political interests,” Shah said. It was used to expand the trans-Atlantic slave trade and colonial conquest and later underpinned Jim Crow laws, redlining practices, and police brutality against black people.

The idea of racial “purity” also fueled the Holocaust. The Third Reich’s bias against all things “foreign” even included plants. Heinrich Himmler, architect of the Holocaust, created rules banning nonnative plants in landscaping. The terminology for “invasive” species was invented after World War II, when Charles Sutherland Elton, an English zoologist, sounded the alarm that with the Germans defeated, nonnative plants and animals were the next enemy trying to take over the world.

While Shah acknowledges that nonnative animals and plants can wreak havoc, she said that the “whole dichotomy of native and alien is really outdated.” For instance, the “murder hornets” from Asia showing up in the Pacific Northwest pose a very serious threat to honeybees crucial for pollinating crops. But honeybees aren’t native to the United States, either; they’re originally from Asia. What you consider “native” depends on when you draw the border. For this reason, biologists who study how species move now propose using a word like neonative to describe the species that have recently relocated.

“These are the creatures that are going to be the new native,” Shah said. As the planet heats up, the distinction is only going to blur.