Indonesia just found itself a new capital. The country’s president, Joko Widodo, announced on Monday that the new seat of government will be on the island of Borneo, hundreds of miles to the northeast of the current capital, Jakarta. The crowded city’s aquifers have been drained and the ground is caving in, making it one of the fastest sinking cities in the world. The Java Sea threatens to swallow 95 percent of the city over the next 30 years.

Retreating from coastlines and riversides might have once been considered unthinkable. But across the world, it’s already happening — in Australia, Colombia, Vietnam, and here in the United States. Thousands of homeowners in Houston have asked the local county to buy their chronically flooded properties. A New Jersey town is moving residents out of risky areas near the rivers and turning the land into a natural buffer to protect other homes. The U.S. military is at work constructing a new site for an indigenous Yup’ik community in Alaska that asked to be relocated after thawing permafrost beneath the village caused it to slide into the river.

An overheating planet and unchecked development along the coasts have let the sea expand into new territory, leaving many people who live along the shores unsettled (in both senses of the word). According to the United Nations, up to 1 billion people could be displaced by storms, droughts, and floods in 30 years. In the United States, the cost for protecting people and property from rising seas and intense downpours is expected to climb into the hundreds of billions of dollars in the coming decades — and that’s a conservative estimate.

There’s “an ongoing mass migration” away from our coasts, said Elizabeth Rush, author of the Pulitzer-prize nominated book Rising: Dispatches from the New American Shore. “These changes will happen whether we like it or not,” Rush said. “How profoundly and how detrimentally they reshape our coastal communities is up to us.”

“Managed retreat” is a controversial response to climate change. It’s the idea that communities and governments should be strategic about moving people away from areas that have become too waterlogged to live in safely. The phrase used to be, and maybe still is, taboo — Rush called it “a four-letter word” — but it’s beginning to make its way into the public conversation as one of the tools we can use to adapt to sea-level rise.

Presidential candidate and former tech executive Andrew Yang released a plan on Monday preparing for the “inevitability” of sea-level rise, promising coastal communities $40 billion to help people “move to higher ground” or elevate their homes, plus another $30 billion in seawalls, sewer upgrades, natural barriers, and other forms of protection from the rising seas. 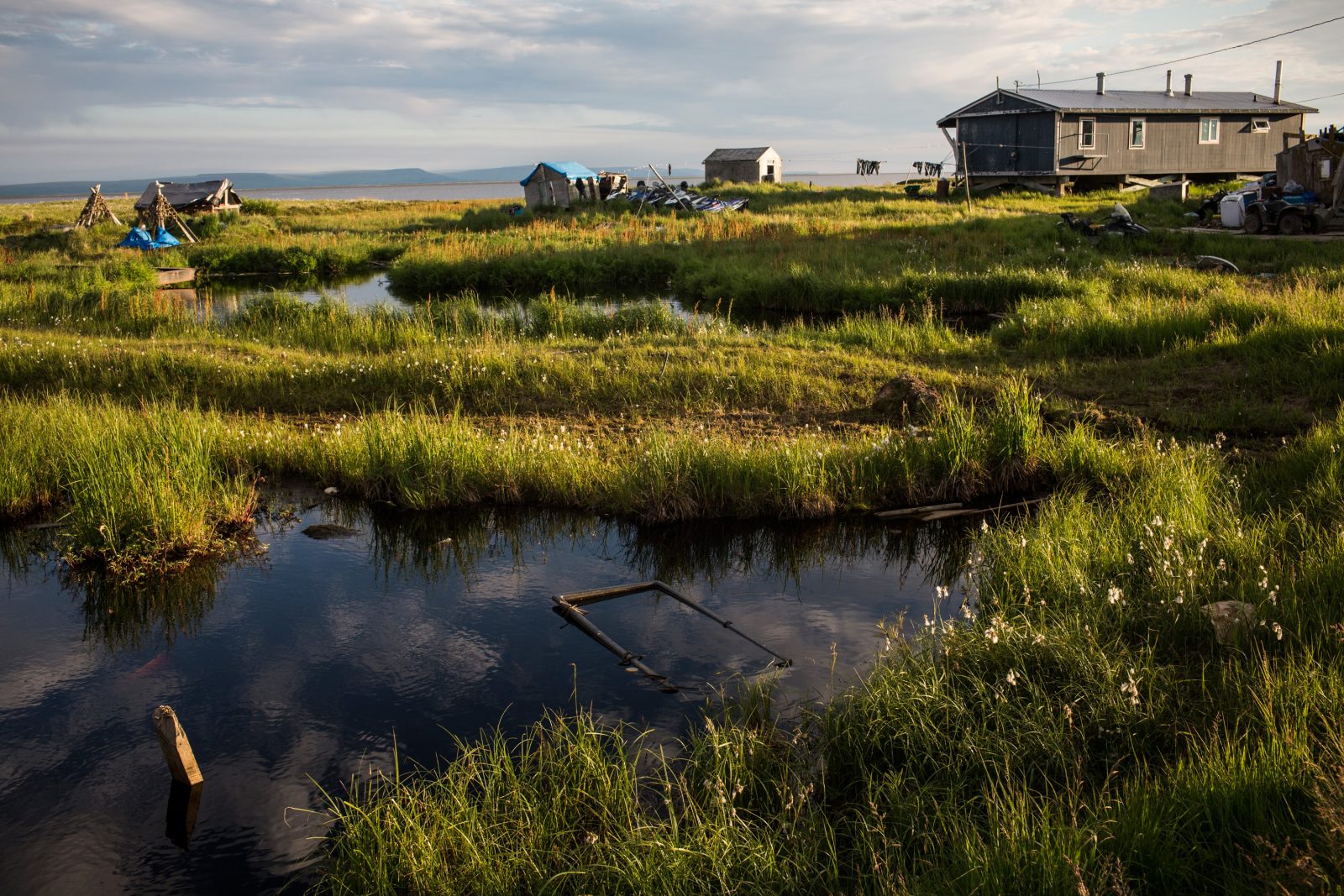 The idea is also getting attention from academics, with a first-of-its-kind conference about coastal relocation earlier this summer. In a recent paper in the journal Science, researchers from universities across the country made the case for managed retreat. There’s no longer any question that some communities will have to move, they write, “but why, where, when, and how.” Although it’s usually treated as a last resort, the researchers conclude that in some cases, relocating neighborhoods away from flood zones can open up new opportunities for those in harm’s way.

But there are many obstacles. Among the biggest: Managed retreat has a reputation problem. In California, where more than 30 cities and counties are mired in difficult discussions about how to protect their coastlines, few things have managed to get people more riled up than the idea of abandoning America’s prime real estate. When officials in the town of Pacifica said that moving inland instead of fighting the ocean was the most cost-effective option, outraged homeowners mounted a campaign against the city officials, flooding town meetings, putting up signs all over town, and, eventually, voting the mayor out of office.

It’s no surprise that conversations around coastal retreat are framed in war terms — the battlefield image is already baked in with the word “retreat,” after all. “We need to stop picturing our relationship with nature as a war,” said A.R. Siders, the lead author of the coastal retreat study and assistant professor at the University of Delaware, in a press release. “We’re not winning or losing: we’re adjusting to changes in nature.”

But there are less fraught ways to talk about the issue. “I joke and say, why don’t we call it ‘moving’?” Rush said. “But I’m sort of not kidding about that.”

There’s some value in using a more familiar, common-sense word. “It puts it into a broader conversation about what it means to move, what it means to be displaced,” Rush said. “These are questions that human beings have been facing long before climate change became a stressor.”

It’s not exactly a new idea. Early hunter-gatherers lived in impermanent shelters, moving around in search of more plentiful food. Indigenous communities in the Americas lived along the Mississippi River in shelters that could be packed up and moved when the river swelled and flooded the surrounding area. Things are different in the modern world, now that we’ve dammed the rivers and built concrete foundations right along the edge of the coast. But that hasn’t stopped people from moving away from danger. Consider the Dust Bowl in the 1930s. People who had moved to the Great Plains during a wetter period had to migrate again as drought and dust storms came rolling in. The regions’ deep-rooted prairie grasses had been plowed by farmers, leaving the soil less resilient to drought. 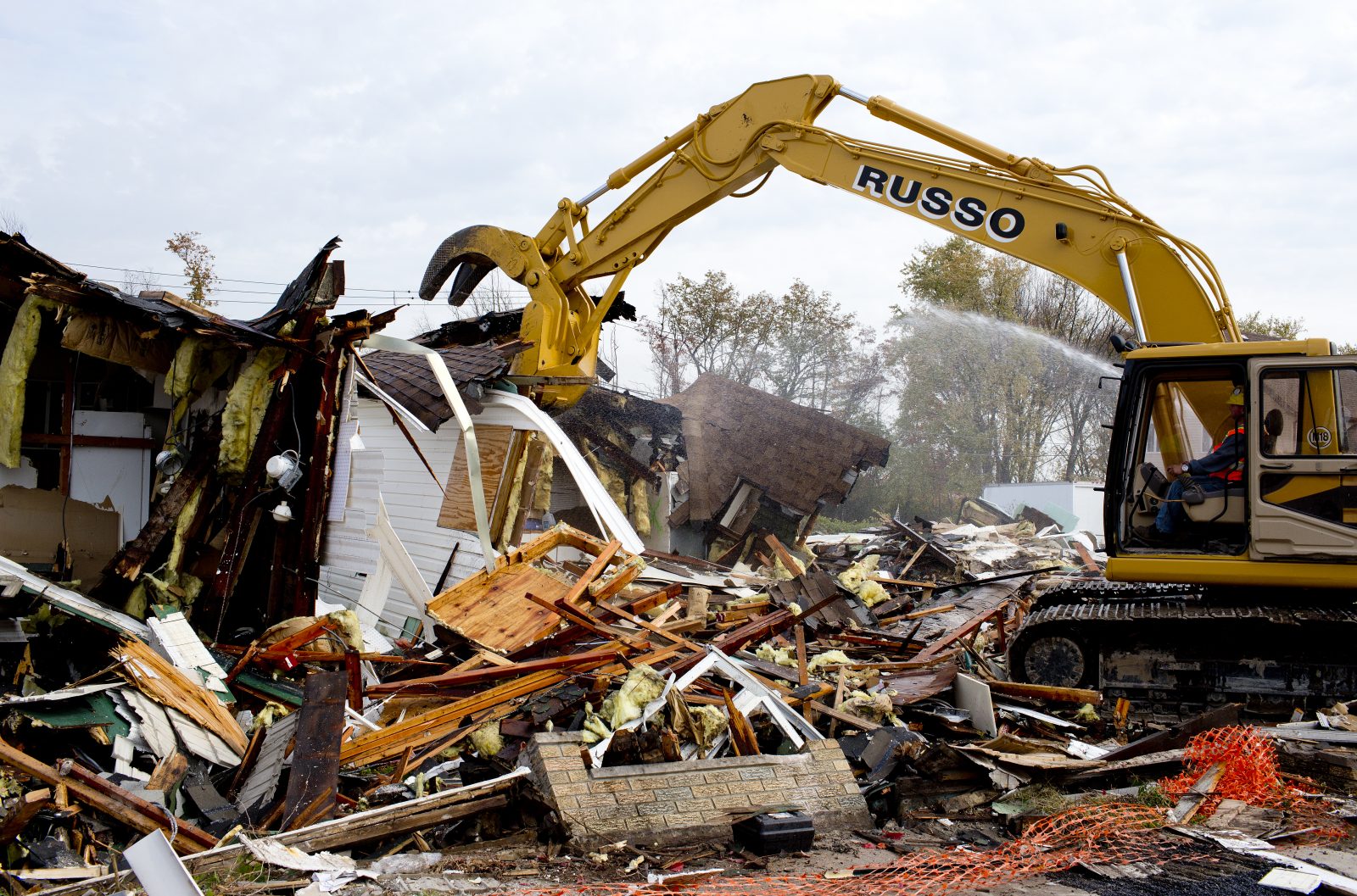 A Staten Island home abandoned after Hurricane Sandy is torn down in an effort to return the area back to nature. Andrew Lichtenstein / Corbis via Getty Images

One thing that the media often gets wrong about managed retreat, Rush said, is that it doesn’t necessarily spell the “end” of a community — it just means moving the people in the most vulnerable areas out of harm’s way.

She points to New York City’s Staten Island, where three communities came together and secured buyouts after Hurricane Sandy in 2012. The state offered those who relocated a 5 percent bonus above market value if they stayed nearby but out of the high-risk flood zone. Several years later, a study found that 79 percent of buyout participants still lived within the five boroughs.

“A lot of people in Staten Island still go to the same butcher, they still meet at the same seafood restaurants and eat cod sandwiches, they still see the same people on the weekend,” Rush said. “They just don’t live anymore in a house that floods.”

In her journeys to visit coastal communities around the country, Rush has seen managed retreat fail and succeed. The difference between the two, she said, is whether the idea to move away from flood-prone areas comes from the ground up or the top down. A lot of people really want to get out of their homes, but it can be “deeply upsetting” if some local official comes in and tells them they have to sell their house, especially because these communities often feel neglected (see Hurricane Katrina). A grassroots approach, like the one taken in Staten Island, tends to get more folks on board.

And depending on your vantage point, managed retreat can be seen as a solution, rather than a defeat. Build a sea wall, and you lose the beach and the wildlife communities that depend on it. You can put your home up on stilts, but the infrastructure belowground is still vulnerable. Managed retreat, Rush said, “is one of the few strategies to respond to flooding that actually takes seriously the scale of the risk.”

What to do with Houston’s perpetually flooded homes