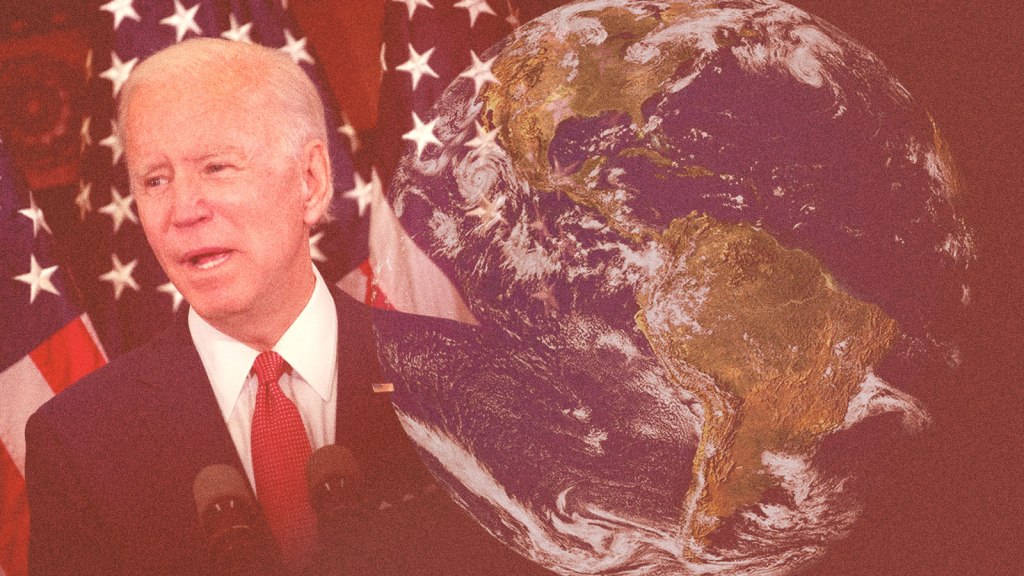 Bernie may be out of the primaries, but his $16 trillion climate plan lives on.

Last week, a Democratic National Committee (DNC) council proposed that the federal government spend a whopping $10 to 16 trillion addressing the climate crisis over the next 10 years. The group — officially called the DNC Council on the Environment and the Climate Crisis — is chaired by Michelle Deatrick, who was a surrogate for the Sanders campaign during the Democratic primaries.

To be clear, the group isn’t aligned with the DNC’s famously moderate leadership. The climate council was formed last year in response to widespread frustration from climate activists and leftists, who tried and failed to get the DNC to host a climate-specific debate for the 2020 Democratic presidential candidates. As of February, the council has become a “permanent entity” of the DNC as a sort of ombudsman, providing advice on climate issues but not setting the party’s official platform. That happens every four years at the DNC’s national convention, which just so happens to be coming up this August. The climate council hopes its suite of recommendations will push the DNC to accept more ambitious policy planks ahead of the general election in November.

In its 14-page plan, the council details a host of policy recommendations to expedite the country’s transition away from fossil fuels, including getting to “near-zero” emissions by 2040, banning fracking, and denying federal permits for new fossil fuel infrastructure projects. The plan provides a strong environmental justice framework, including the establishment of an interagency Just Transition Task Force to support communities affected by climate change and the energy transition and a target of directing 40 percent of the federal government’s climate and environmental investments to vulnerable communities.

She also says it’s good politics for the DNC — and for Biden — to adopt such a strong climate and environment platform. Democrats frequently list climate change as one of their top two political priorities, and in recent years, centrist and Republican voters have jumped on the climate bandwagon as well. “We want the vice president to win in November,” Deatrick said. “This is an important path forward to do that.”

Altogether, the proposal more closely resembles Sanders’ climate plan in policies and scope than Biden’s, which only calls for a piddling $1.7 trillion in climate spending over the next decade.

Biden’s proposal has fallen flat with some progressive voters and environmental groups, many of whom supported Sanders during the primary and who have so far refused to throw their weight behind the Biden campaign without significant policy concessions. “We’ve tried to be super clear about the way that we need them to improve on not only their climate policy but their immigration, criminal justice, and financial regulation policies,” Sunrise Movement co-founder and executive director Varshini Prakash told Vice News in April.

But Deatrick is hopeful that Biden will catch up to activists’ demands. The climate council has been working closely with the Biden campaign, which she says has been receptive to the council’s recommendations. In April, Biden signaled he was preparing to update his climate platform: “I have asked my campaign to commence a process to meaningfully engage with more voices from the climate movement,” he said while accepting an endorsement from the League of Conservation Voters Action Fund.

The climate council has also been consulting with the Bernie-Biden “unity” task force on climate change, one of six eight-person task forces that the two campaigns formed after Sanders announced he was suspending his bid for the Democratic nomination. While some diehard Sanders supporters have been skeptical of the task forces, others have latched onto the opportunity to push Biden to the left. Sunrise’s Prakash sits on Bernie’s side of the climate task force, along with Green New Deal co-sponsor Representative Alexandria Ocasio-Cortez and Catherine Flowers, founder of the Center for Rural Enterprise and Environmental Justice.

It remains to be seen whether the Biden campaign or the DNC will take the task force’s recommendations —or those of the climate council — to heart. Deatrick says the DNC’s platform creation process has so far been opaque, and she doesn’t know when the party’s draft platform will be written. She hopes that, by releasing the council’s recommendations now, it will drum up public support for an aggressive climate platform come August, when the Democratic Party’s national convention will be held in Milwaukee.

But Biden could also choose to include the group’s proposals in his next climate plan without waiting for DNC guidance. In the early 20th century, party platforms provided key talking points for the party’s nominee, but ever since presidential candidates began publicly campaigning — often for many months before the party convention —party platforms have become less important. Now, candidates mostly set their own agendas, meaning that, if he chose to adopt the climate council’s ambitious proposals, Biden could become a beacon for the progressive climate movement, all on his own.

For Deatrick, making the Democratic nominee’s official climate platform look more like Sanders’ is urgent. “We need to address climate now,” she told Grist. “The clock is ticking.”