Will the pandemic derail the global climate talks? 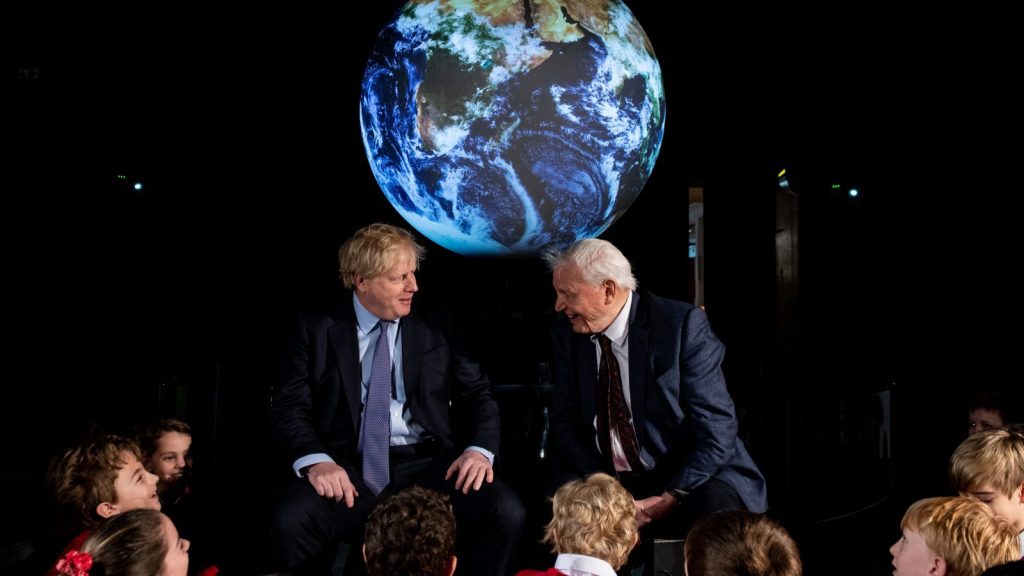 Will the pandemic derail the global climate talks?

Nicholas Stern, one of the most prominent global experts on the climate crisis, has urged Boris Johnson to resist calls to postpone vital United Nations climate talks this year, despite the coronavirus outbreak.

Ministers and officials have privately discussed the possibility of postponing the COP26 talks scheduled for Glasgow this November, but no decision has yet been taken. Travel bans and the shutdown imposed in many countries because of the virus have resulted in canceled meetings and officials working remotely.

Stern believes any move to postpone the talks would put an end to any hope of making real progress. “At the moment we must just get on with the preparation,” he said. “This is such an urgent challenge and there is so much to do, and so much valuable work that is being done, that we can’t afford to lose the momentum.”

At COP26 — the 26th conference of the parties — countries are supposed to come up with more stringent plans to curb greenhouse gas emissions, because current plans under the Paris Agreement are inadequate. The U.K. was hoping to bring many countries to the table with pledges to hit net zero carbon by 2050, a target that the U.K. has already enshrined in law.

Stern said work had become more difficult because of the virus, but not impossible. Postponing the summit now would effectively put the brakes on at a time when acceleration is needed, he said, and if needs be then a postponement could be discussed after the summer, depending on the situation then.

Stern is backed by other former high-ranking diplomats. Yvo de Boer, a former chief of the United Nations Framework Convention on Climate Change (UNFCCC), who led talks in Copenhagen in 2009 that ended in acrimony, said it was vital to keep working towards a November COP26. “If it is going to be canceled, that should only be done at the last possible minute — in October,” he said.

One former high-ranking official who helped put together the Paris Agreement said: “Canceling now might look like the U.K. was grasping too soon for a way out of an important meeting.”

Some NGOs and developing country experts also view talk of postponement as counterproductive. Mohamed Adow, the director of Power Shift Africa and a close observer of the talks for many years, said: “We would rather not see it canceled until we know more about the spread of the virus. Canceling it immediately might mean action on climate change gets ignored this year and people on the frontlines in poorer countries can’t afford that.”

Janine Felson, the deputy chair of the Alliance of Small Island States, said: “We cannot afford to lose any momentum. We should all focus our energies on ensuring that we can support each other through this trying time and continue to push for ambition.”

But some experts contacted by the Guardian believe postponing the talks would provide more time for diplomacy. John Sauven, the executive director of Greenpeace U.K., has written to Alok Sharma, the business secretary and president of COP26, urging him to delay.

He said: “Postponement is very different to cancellation. It would be the same president, the same venue, the same two countries co-hosting, so all you are doing is having a slight delay. The U.K. got off to a slow start [in launching its strategy for hosting COP26] so postponement would give more time for the work that is needed.”

One key issue is that the U.S. presidential election is due to take place a week before COP26 begins. Donald Trump is strongly opposed to the Paris Agreement and his withdrawal from it will take effect the day after the election. A new president, if there is one, could be more amenable to climate action but would not take office until January, so a postponement could allow the U.S. to participate.

Paul Bledsoe, a strategic adviser at the Progressive Policy Institute in the U.S., said: “One distinct advantage of delay until spring 2021 is the growing prospect that U.S. voters will turn Trump’s climate nihilism out of office in favor of Joe Biden’s robust climate ambition, infusing global negotiations with far greater importance and momentum.”

Some pre-COP meetings are already in doubt. The UNFCCC has canceled all meetings for the next month but a decision will have to be taken soon on an intermediate meeting set for Bonn in June. Italy is due to co-host COP26 with the U.K. but its plans have been thrown into disarray by the coronavirus pandemic.

The U.K. government has said there are no plans for a change. A spokesperson said: “We continue to work towards hosting the event in Glasgow in November, which is eight months away. Given this is an evolving situation we are keeping the situation under careful review.”

The UNFCCC also said there was no immediate move to postpone the talks. Any decision would have to be taken by the COP Bureau, made up of elected representatives from various countries, and would also involve the Chilean government, which technically will preside over the process until the U.K. officially takes on the presidency in November.