Working from home is erasing carbon emissions -- but for how long? 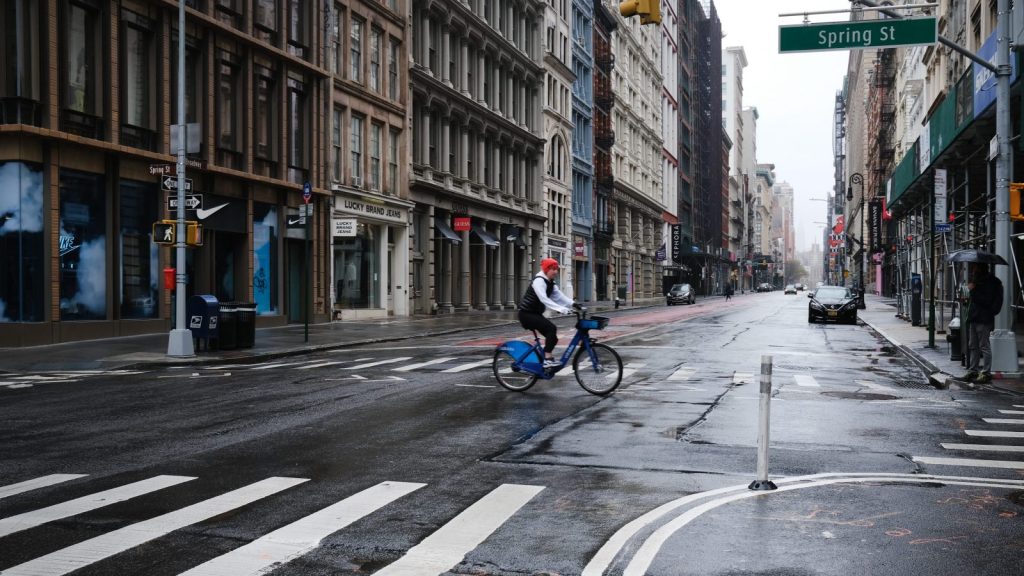 Two months into a worldwide pandemic, it’s looking like office jobs are going the way of the dinosaurs — well, at least the “office” part. Employees at Google and Facebook were told they could work from home for the rest of the year; Twitter employees can apparently stay home forever, turning commutes into an outmoded tradition for some white-collar workers.

With millions working from home, and millions more unemployed, many daily commutes have been eliminated. The relatively empty streets have made a dent in global carbon emissions, according to a study released on Tuesday in the journal Nature Climate Change. During the height of the lockdowns in early April, daily emissions from surface transport — cars, buses, and such — were down by 36 percent worldwide. Around the same time, emissions from plane travel decreased by a whopping 60 percent, according to the study, conducted by researchers from universities in the United States, Europe, and Australia.

Companies are figuring out that business travel may not be very practical after all. In April, business flights ground to a halt, prompting experts to scrap predictions that the practice was going to expand. Business travel can account for about half of a typical company’s carbon emissions; one official at Goldman Sachs recently said that holding meetings over video instead of in-person could lessen demand for oil by 2 or 3 million barrels per day.

The longer “office” workers remain in quarantine (or semi-quarantine), the more likely it seems that one of COVID-19’s lasting legacies will be the end of work as we knew it. Commutes, physical office spaces, and business conferences may never go back to the old normal — and these widespread shifts could have long-term global consequences. Recent reports suggest that workplace practices will be more climate-friendly on the other side of the pandemic.

Global carbon dioxide emissions are expected to drop between 4 and 7 percent this year, according to the new study — a prediction in line with previous estimates. That’s the kind of dip the world would need to see year after year to prevent catastrophic global warming. Researchers anticipate that lockdowns will lift to some degree this year, allowing activity to bounce back from its low in early April, when daily global emissions were down by about 17 percent.

Working from home is becoming so widespread that it might be a hard habit to reverse: Nearly 9 out of 10 (88 percent) of office workers have been regularly working from home during the pandemic, according to a new survey, and most of them say they want to keep doing it about twice a week. The survey, conducted by the research firms Iometrics, Global Workplace Analytics, and Workplace Evolutionaries, polled nearly 3,000 people around the world. The firms estimate that every 100 employees who work from home twice a week would eliminate 70 tons of CO2, or 154,000 miles traveled by car, each year.

Then there’s the matter of physical offices. With a tanking economy and employees working from home, companies are looking to cut costs by shedding office space, meaning less space to heat and cool. The insurance company Nationwide, a Fortune 500 company, is encouraging its employees to work from home permanently — and it plans to shrink its number of offices from 20 pre-pandemic to just four. “We think the world is changing,” Kirt Walker, the CEO of Nationwide, said in an interview with Fortune magazine earlier this month.

Of course, not all of our coronavirus-induced habits are going to be good for the climate. As people avoid contact with others, for example, trains, buses, and other forms of mass transit have kept running with empty seats. Some drivers have already started revving their engines again, with total miles driven rebounding over the past month. As a result, things are not looking good for transit agencies, which are losing funding not just from fares, but from parking fees, highway tolls, and other revenue sources. And to make matters worse, a new analysis from the firm Energy Innovation suggests that carbon emissions will quickly rebound in the coming years, erasing temporary progress.

Still, it’s looking unlikely that the world will just go back to “normal” after the pandemic subsides. Times of great upheaval, like the Great Depression and World War II, permanently changed how Americans worked. It looks like coronavirus will do the same — and workplaces might be a little greener as a result.