Clinton is making coal country a generous offer, but it’s not buying 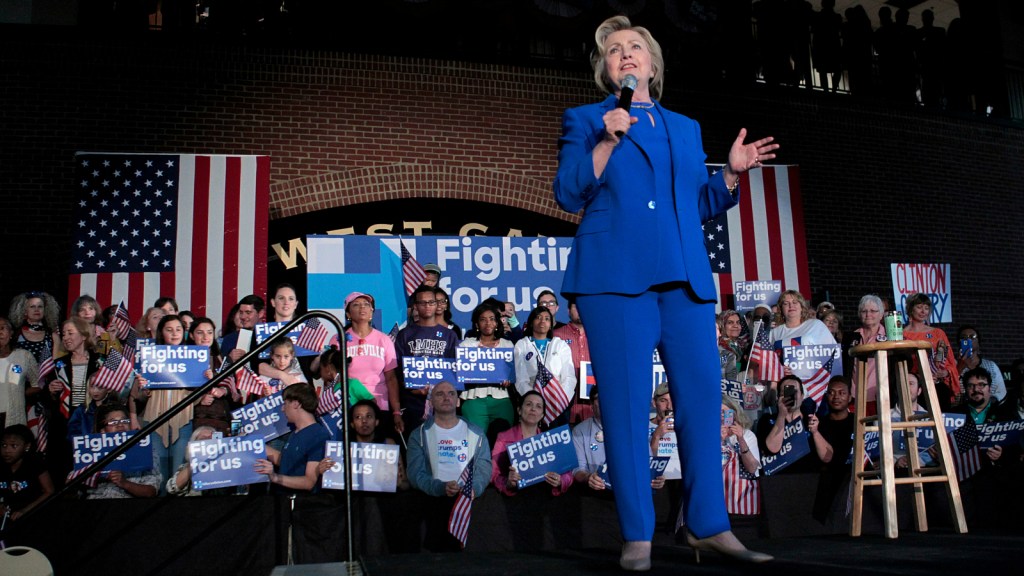 Clinton is making coal country a generous offer, but it’s not buying

Last week, Hillary Clinton lost the West Virginia primary to left-wing challenger Bernie Sanders, 51 to 36 percent. She lost even though her climate and energy agenda would go easier on coal communities than Sanders’. She lost even though she’s laid out a comprehensive $30 billion plan that would provide suffering coal communities with health care, education, and job retraining.

That loss tells us a lot about the dim prospects for climate hawks to cut a deal with coal country.

In 2008, Clinton easily won the Democratic primary in West Virginia, defeating Barack Obama by 67 to 26 percent. That is at least partly because West Virginia voters preferred a white candidate to a black one.

And the fact that Sanders won this year may indicate that they prefer a white man to a white woman. Sanders’ win cannot be attributed to West Virginia Democrats being more liberal than Democrats nationally. On average, they are more conservative. Bizarrely, of the 41 percent of West Virginia Democrats who told exit pollsters the next president should be less liberal than Obama, Sanders beat Clinton 51 to 26. Either they are wildly, hilariously ignorant of Sanders’ platform, or policy positions are not their top priority. In fact, 44 percent of Sanders voters in West Virginia said they’d back Donald Trump over Clinton in the general election.

And only two-thirds as many West Virginians voted in this year’s Democratic primary as did in 2008. The Democratic Party is increasingly unpopular in coal country — the Appalachian area that runs from western Pennsylvania and southern Ohio through West Virginia, eastern Kentucky and Tennessee and southwestern Virginia. Some of that is due to the decline of union membership; unionized workers are more likely than other voters to support Democrats, and unions provide local organizing strength and funding for Democratic campaigns. Another factor has been the rise of social issues like gay marriage and gun control. But the perception that Democrats are unfriendly to the coal industry is widely cited as a major factor. The few remaining Democrats who even have a chance of winning elections in Appalachia run away from environmental protections like the plague; Kentucky’s 2014 Democratic Senate nominee Alison Lundergan Grimes, for instance, repeatedly bashed Obama’s Clean Power Plan during her (unsuccessful) campaign.

As The New York Times observed in 2012, “The greatest sources of conflict between national and West Virginia Democrats are energy and environmental policies. Coal was the lifeblood of the state’s economy for decades, and — despite receding as an employer in the state — is still an integral part of the West Virginia psyche (the state’s flag features a farmer and coal miner). A pro-coal stance in West Virginia is as vital a component in electability as being from West Virginia.” Thanks in part to cascading coal industry layoffs, West Virginia is hurting economically. Only 3 percent of West Virginians now work in the coal mining industry. The state has a 7 percent unemployment rate, compared to 5 percent nationwide.

So Clinton’s unfortunate admission in March that “we’re going to put a lot coal miners and a lot of coal companies out of business” seemed to hurt her on Tuesday. This is despite the fact that Clinton apologized and repeatedly noted that she is offering a $30 billion aid package for communities hard hit by the decline of the coal industry. (Sanders has a similar proposal, the Clean Energy Worker Just Transition Act, that would spend $41 billion helping oil, gas, and coal workers transition to a cleaner economy.)

Still, though Clinton’s impolitic remarks could help explain the decline in Democratic turnout, they don’t explain why so many conservative West Virginians voted for Sanders. Sanders’ climate change platform is even tougher on coal than Clinton’s: In addition to pledging to uphold the Clean Power Plan, Sanders proposes a carbon tax that would finally make the coal industry internalize the cost of its climate pollution. Anyone who voted for Sanders because Clinton is insufficiently pro-coal is a fool.

But they are less foolish and self-defeating than the majority of pro-coal West Virginia voters who overwhelmingly backed Donald Trump in the Republican primary and will vote for Trump again in November. Trump recently went to West Virginia and told coal miners that he would bring back coal jobs. He is lying. As Vox’s David Roberts explains, coal jobs are disappearing from Appalachia for a bunch of reasons besides new pollution regulations: automation, easily accessible Appalachian coal being tapped out, flat electricity demand due to improved efficiency, and declining prices for alternatives such as natural gas, wind, and solar energy.

Why coal communities aren’t going for the $30 billion bailout

In light of all that, coal country would be wise to enthusiastically embrace a buyout like the generous one Clinton has offered them. Other denizens of dying industries should be so lucky. No presidential candidate is offering money specifically to help bookstore clerks or print journalists find new jobs. Coal miners are no more inherently deserving. As Roberts pointed out in Grist in 2014, universal programs to benefit all laid-off workers are more efficient and fair than one targeted at a specific region or industry.

But trying to buy off coal country is a political move, not one based on the policy merits. Coal counties are spread throughout a number of states: border states that used to vote Democratic, like West Virginia, and crucial swing states like Ohio, Pennsylvania, and Virginia. If $30 billion could swing a crucial handful of voters over to Clinton, it would be a small price to pay to win the election. And a comprehensive plan to attack climate change might have a better chance of passing Congress if bundled with a coal-country aid package. (Of course, both a climate bill and an aid package are enormous long shots anyway, unless Trump manages to sabotage GOP control of Congress.)

Yet Clinton’s big aid proposal does not seem to be swinging many voters her way. That’s because coal is deeply embedded in Appalachia’s history, culture, and identity, and most people in coal country don’t want help to move on from it. They want the coal industry to be saved. Republican politicians, and local Democratic ones too, pander to them with promises of doing just that. Clinton and Sanders are a new breed of Democrat who don’t pretend that coal has a long-term place in our future — and that’s part of the reason why the Democratic presidential candidate will have no chance of winning West Virginia in the general election.

Two years ago, I spoke to Sen. Joe Manchin, a pro-coal Democrat from West Virginia, about climate and energy policy. He doesn’t deny the science of climate change, but he argues that coal is needed to provide affordable electricity for the nation. Coal communities want to see themselves as serving a crucial role by keeping everyone’s lights on. If your town has been producing coal for generations, you don’t want to hear that its death must be hastened because it’s polluting and now you need government assistance to build a new economy. You want to keep doing what you know how to do and feeling good about it.

The political class is catering to West Virginians’ beliefs rather than to their real needs. The West Virginia Center on Budget & Policy tried to inject some realism into the discussion with its 2014 report “The State of Working West Virginia”:

While coal is likely to be a part of West Virginia’s economy for years to come, it is probably facing a long-term decline, particularly in southern West Virginia. The challenges of competition from natural gas, other energy sources, and cheaper coal from elsewhere will persist long after the Obama administration has left the stage. So will concerns about the impacts of global climate change.

Overheated rhetoric and oversimplified scapegoating may score short-term political points, but they do little to help miners, their families and their communities prepare for a different future. …

At the policy level, southern West Virginia communities would be better served if our congressional delegation supported the creation of transitional assistance programs.

Unfortunately, many West Virginians can no more imagine themselves without coal than Nevadans can imagine their state without gambling and all-you-can-eat buffets. But the U.S. is moving on from coal whether West Virginia likes it or not. Take it from a former print journalist who received a buyout before his 30th birthday: You can’t stop progress, you can only take the money you’re offered and adapt.