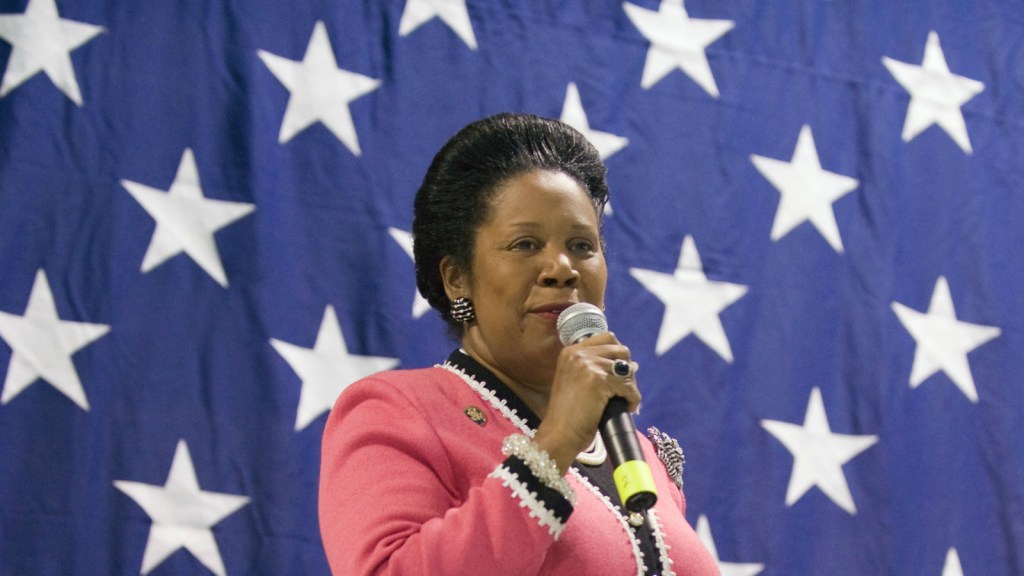 PHILADELPHIA — This city is native territory for boo birds, so perhaps it was no surprise that some hard-core supporters of Sen. Bernie Sanders (climate hawks among them) couldn’t hold back Monday when Democratic National Convention speakers urged them to support his former primary opponent. Even Sanders himself got booed at a rally when stumping for Hillary Clinton.

But Texas Congresswoman Sheila Jackson Lee, who was active in civil rights protests in the late 1960s, believes party unity remains possible, even for Sanders diehards who don’t think much of Clinton’s commitment to fighting climate change, among other positions.

Jackson Lee told Grist on Monday that the sandwich board-wearing Clinton naysayers on the streets of Philly should stay engaged in electoral politics and work with more moderate constituencies, because a broad coalition is the recipe for success.

“A political process finds victory in many ways,” said Jackson Lee, who is a vice chair of the Congressional Progressive Caucus. She compared the current mood to when some members of the civil rights movement’s Student Nonviolent Coordinating Committee were told, “You’re too peaceful.”

“But they got into a movement,” Jackson Lee said of the naysayers, “and I am benefiting from the 1964 Civil Rights Act right now, today.”

Similarly, Sandernistas would do more to promote climate action and social justice within the political process than outside it, Jackson Lee said. By moving the Democrats to embrace stronger positions on climate change, Sanders supporters have already made progress.

“I don’t want them to give up,” she said. “This is not the end of their story. I need them in their local areas, raising their hand on climate change.”