Finally, the climate teardown of Trump you've been waiting for 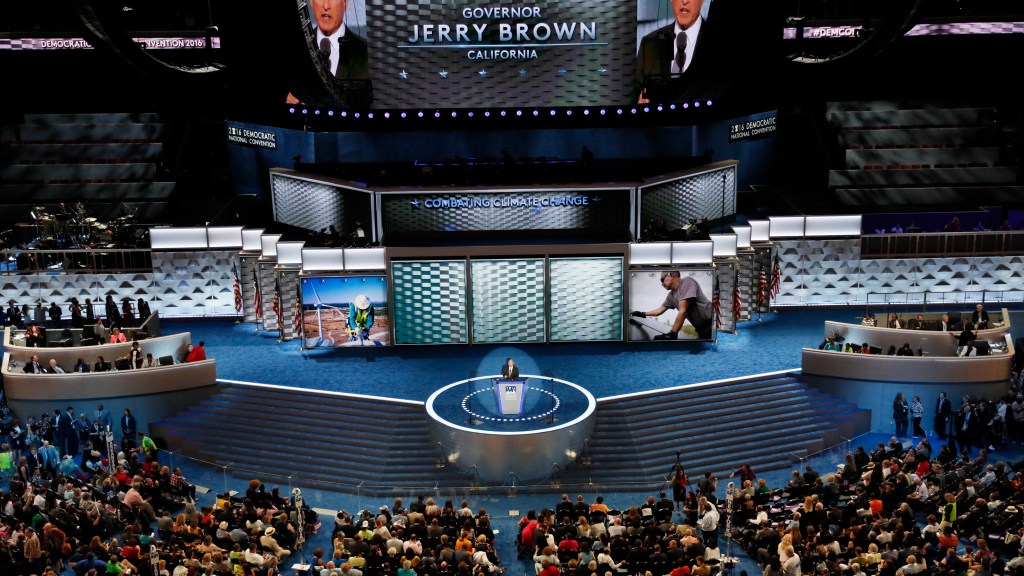 REUTERS/Rick Wilking
What can Brown do for you?

Finally, the climate teardown of Trump you’ve been waiting for

PHILADELPHIA — Wednesday at the Democratic National Convention was dedicated to ripping apart the GOP nominee while extending an olive branch to blue-collar voters and moderate Republicans. With so much material to choose from, perhaps it’s no surprise that Joe Biden, Tim Kaine, Michael Bloomberg, and President Obama stuck largely to their opponent’s character and business record.

So it was left to California Gov. Jerry Brown, as chief executive of one of the most progressive states in the union on climate and energy — and one suffering from a multi-year drought that Donald Trump doesn’t think is real — to make the contrast between Trump and the Dems on sustainability. Brown devoted his entire speech to tearing down the real estate developer’s public statements on climate science, with one-liners earning cheers from the audience.

When Obama closed out the night, he provided a broad argument that America is in fact making progress, and that Americans can’t give up on “perfecting our union.” He touched lightly on climate and energy in a conciliatory note to voters who might not always fit the Democratic mold, saying: “If you want to fight climate change, we’ve got to engage not only young people on college campuses, but reach out to the coal miner who’s worried about taking care of his family, the single mom worried about gas prices.”