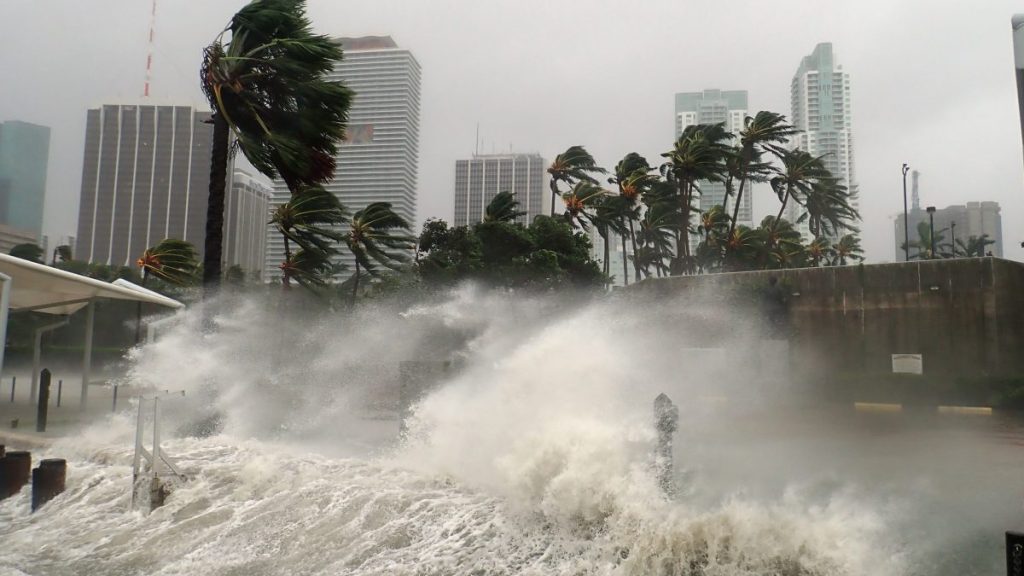 Shanelle Loren is a Utah-based freelance writer and climate activist.

Last week, the U.S. rejoined the Paris Climate Agreement. But even if its targets are met — and most countries are far from hitting them — the world will still likely be headed for a 3°C global temperature rise. In the coming decades many of our beloved coastal cities may be wiped off the map. The United Nations High Commissioner for Refugees warned earlier this year that the world must get ready for the displacement of millions of people. At this late hour, those preparations must include helping people move before disaster strikes.

A growing number of scientists are calling for planned relocation (also known as “managed retreat”) as part of the U.S. government’s strategy to tackle climate disruption. It’s an idea that has gained traction in recent years: In 2016, the Department of Housing and Urban Development awarded a $48 million grant to the Biloxi-Chitimacha-Choctaw tribe on Isle de Jean Charles, a sinking Louisiana island, to facilitate resettlement. Last year, the Federal Emergency Management Agency introduced the Building Resilient Infrastructure and Communities (BRIC) grant program, worth half a billion dollars, to help underwrite “larger-scale migration or relocation.”

Until now, the government has resorted to post-disaster recovery: buying and demolishing a handful of houses here and there. (Homeowners receive the pre-disaster value of their property so they can move to safer ground.) But this strategy is changing as more and more policy makers recognize the need to move ever larger numbers of people out of flood- and fire-prone areas to avoid loss of life and the waste of taxpayer dollars used for rebuilding efforts. In 2018, HUD provided billions of dollars for relocation and other pre-disaster initiatives like strengthening river basins and critical infrastructure. States like Texas, South Carolina, and North Carolina want to fund buyouts with that money. Many cities are now applying for BRIC grants as well.

Large-scale relocation could cost hundreds of billions or even several trillion dollars. (The cost of moving roughly 350 people in the eroded Alaskan village of Newtok is estimated at over $100 million.) It will certainly be more expensive than alternatives like building barriers to prevent flooding. But seawalls, like the “Big U” proposed for Manhattan, will require regular maintenance and are likely to fail if sea levels rise beyond the higher end of projections. The Army Corps’s multibillion dollar plan to erect seawalls along the coast of Miami, for instance, won’t do anything against rising groundwater. And cities that face severe wildfire risk can’t be fireproofed.

But the current default — rebuilding in disaster-stricken areas — could eventually prove more costly than relocation. This is already evident in the American West, where the cost to rebuild after wildfire devastation in three of the last four years has exceeded $10 billion per year. In the 50 years prior to that, direct damages from wildfires averaged $1 billion annually. And the U.S. could see a staggering 13 million coastal residents displaced in coming decades due to rising sea levels, including 6 million in Florida alone.

The big question, of course, is where do people go? Duluth, Minnesota, and Buffalo, New York, for example, are situated along large bodies of freshwater and offer cool relief from the deadly heat much of the country will experience. And these cities have the infrastructure to accommodate an influx of climate refugees. “Buffalo is stepping up and preparing to welcome this new type of refugee,” Mayor Byron Brown said last year. Duluth Mayor Emily Larson shared a similar sentiment and believes a larger population could help the local economy. If we do eventually get serious about planned relocation, Northern cities will likely see population booms.

But many people simply do not want to part ways with the only home they’ve ever known, and renters do not receive sufficient federal relief. Assistance in the form of FEMA-funded buyouts usually takes years to materialize, and during that time houses can repeatedly flood. FEMA programs as they exist today are too slow and inefficient to be scalable, and in the absence of major reforms it will be impossible for the agency to proactively manage retreat and protect communities ahead of time.

Not all buyout programs are failures. New Jersey’s acquisition program, Blue Acres, may serve as a model. Homes destroyed by Hurricane Sandy in 2012 were acquired through the program in a matter of months — in some cases just a few weeks — having skipped the lengthy review process typically required by FEMA. Timely buyout offers are extremely important because homeowners have a stronger incentive to accept them before they start rebuilding.

There are no easy solutions — certainly not for large, vulnerable cities that could eventually see millions of residents displaced. Congress will have to increase funding for both FEMA and HUD to enable relocation on the scale that’s needed. Additionally, the government will have to ensure that people who relocate will be able to support themselves, either by providing jobs or a basic income.

All of this should happen before major disaster strikes. When huge swaths of cities are submerged and homes and livelihoods are lost, people won’t be able to bootstrap themselves out of the disaster. Now that state and local officials are starting to seriously consider the idea of planned relocation, communities should help formulate comprehensive plans. Nobody likes moving, especially not in a disastrous rush.