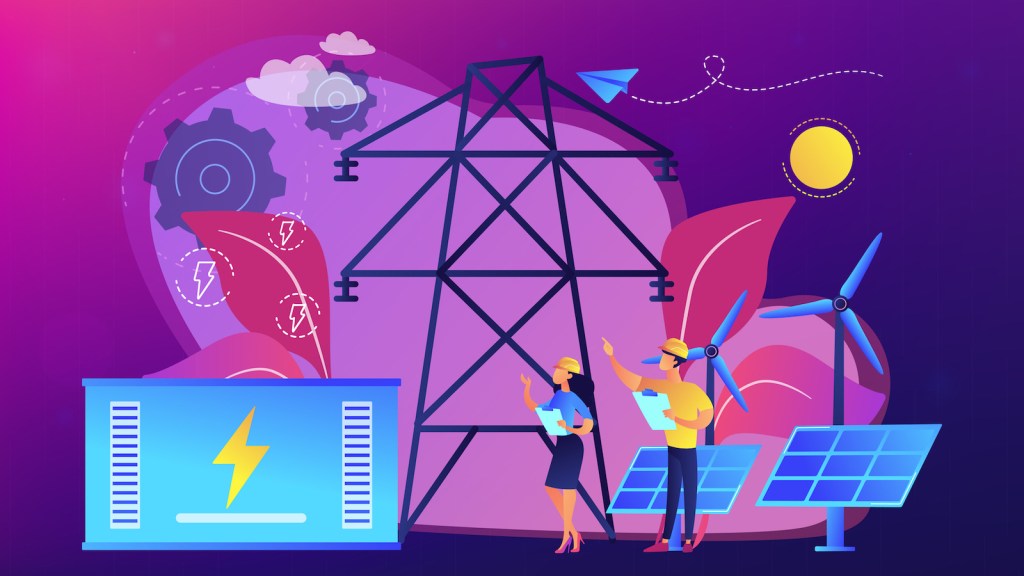 Construction is beginning on the world’s largest liquid air battery, which will store renewable electricity and reduce carbon emissions from fossil-fuel power plants.

The project near Manchester, U.K., will use spare green energy to compress air into a liquid and store it. When demand is higher, the liquid air is released back into a gas, powering a turbine that puts the green energy back into the grid.

A big expansion of wind and solar energy is vital to tackle the climate emergency, but they are not always available. Storage is therefore key, and the new project will be the largest in the world outside of pumped hydro schemes, which require a mountain reservoir to store water.

The new liquid air battery, being developed by Highview Power, is due to be operational in 2022 and will be able to power up to 200,000 homes for five hours, and store power for many weeks. Chemical batteries are also needed for the transition to a zero-carbon world and are plummeting in price, but can only store relatively small amounts of electricity for short periods.

The U.K. government has supported the project with a $12.5 million grant. The energy and clean growth minister, Kwasi Kwarteng, said: “This revolutionary new facility will form a key part of our push towards net zero, bringing greater flexibility to Britain’s electricity grid and creating green-collar jobs in Greater Manchester.

“Projects like these will help us realize the full value of our world-class renewables, ensuring homes and businesses can still be powered by green energy, even when the sun is not shining and the wind not blowing,” he said.

The U.K. government is being urged to make the economic recovery from the coronavirus pandemic a green one. “We owe it to future generations to build back better,” said the prime minister, Boris Johnson, recently, while the chancellor, Rishi Sunak, is reported to be planning a “green industrial revolution.”

Alex Buckman, an energy storage expert at the Energy Systems Catapult group, said polluting gas power plants were the main way the U.K. electricity grid was balanced. But a net-zero carbon system would need more than the 30 percent renewable energy of today and therefore more storage.

“There is likely going to be a need for one or more of the medium-to-long duration electricity storage technologies to fill a gap in the market, and liquid air energy storage (LAES) is right up there as an option,” he said. Pumped hydro is limited by the need for a mountain reservoir, while gravity storage — where you raise a weight and then let it drop to power a generator — is less developed, as is large-scale production of hydrogen fuel from green energy.

“The combination of being more developed and more scalable provides LAES with an opportunity to be competitive, if they can prove that they can reduce costs with increased scale,” Buckman said.

The Highview battery will store 250 megawatt-hours of energy, almost double the amount stored by the biggest chemical battery, built by Tesla in South Australia. The new project is sited at the Trafford Energy Park, also home to the Carrington gas-powered energy plant and a closed coal power station.

The project will cost $106.5 million, and Highview received $43.9 million of investment from the Japanese machinery giant Sumitomo in February. The liquid air battery is creating 200 jobs, mainly in construction, and employing former oil and gas engineers, with a few dozen in the continuing operation. The plant’s lifetime is expected to be 30 to 40 years. “It will pass to the next generation,” said Cavada.

Highview is developing other sites in the U.K., continental Europe, and the U.S., including in Vermont, but the Manchester project will be the first. “The first one is definitely the most important and this is why we really value the U.K. government’s bold move to use U.K. technology to solve U.K. problems and afterwards export the tech globally,” said Cavada.