Here’s why the coronavirus pandemic has the U.S. oil industry feeling ill 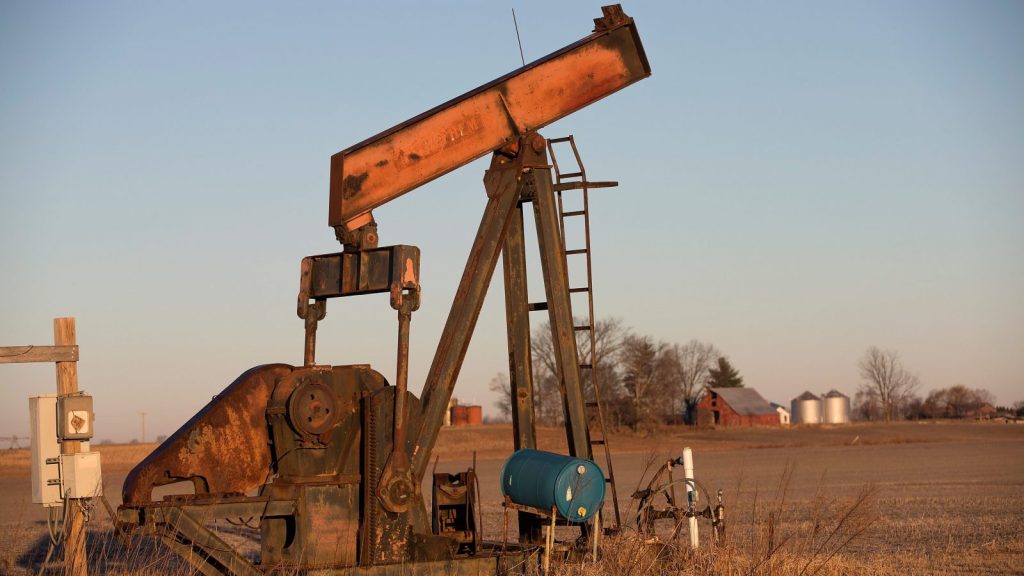 Here’s why the coronavirus pandemic has the U.S. oil industry feeling ill

Weeks before most Americans were aware that a pandemic would grind the United States economy to a halt, the Energy Information Administration released its short-term energy outlook. The federal agency predicted that carbon dioxide emissions from U.S. energy generation would fall by 2 percent this year and decrease another 1.5 percent in 2021. The decreases would bring emissions down to where they were before a 3 percent spike in 2018 — attributed to heavy use of air conditioning during a scorching summer and heating systems throughout a frigid winter.

That was in mid-January. On Tuesday, the Energy Information Administration, or EIA, put out a very different forecast.

Its latest outlook forecasts energy-related carbon emissions will fall by 7.5 percent this year due to the COVID-19 crisis. For an idea of how dramatic that is, consider this: Energy-related carbon emissions fell 7.1 percent in the wake of the financial crisis more than a decade ago. And that was the largest decrease in 19 years. The newly predicted emissions free fall can be attributed to an economy that’s suddenly in lockdown with millions of people staying home every day and industrial activity slowed.

On top of the new emissions forecast, the Energy Department has bad news for oil producers: U.S. officials will likely have to stop referring to the country as a net-exporter of oil, stymying a years-long march to become an international force in the crude oil game. The EIA estimates that U.S. oil production will drop by more than one million barrels per day due to the novel coronavirus. Americans will consume 9 percent less gasoline to fuel motor vehicles when compared to 2019, and jet fuel consumption will fall by 10 percent year over year. As a result, the agency estimates that the country will begin importing more oil than it exports sometime over the summer.

Back in February, Grist staff writer Naveena Sadasivam noted that in his State of the Union, President Trump took credit for the nation becoming energy independent. The U.S. officially became a net-exporter of oil products in November 2019. Sadasivam warned that with his claim the president ignored “the fact that the country is still subject to the global oil market.” Well, it still is, and a combination of plummeting demand due to coronavirus-influenced economic shutdowns and the inability of global oil powers to make a deal on oil production cuts are likely to blow that feather right out of his MAGA cap.

Oil isn’t the only fuel affected by an economy in the throes of a pandemic. The EIA expects coal generation to fall 20 percent in 2020, after previously projecting it would decline a more modest 16.9 percent. The natural gas industry may have the most on the line. Natural gas output is expected to drop 4.4 percent in 2021, the biggest dip since records began in 1998.

Renewables are still projected to outpace all other electricity types this year in terms of growth. But the EIA says annual additions to solar and wind capacity  are now likely 5 and 10 percent lower, respectively, than they were in the agency’s prior assessment.

The projected declines in oil and coal production and energy-related carbon emissions might seem like a major win for the planet, but alas, they’re not permanent. The EIA says emissions will rise 3.6 percent in 2021 (from 2020 levels) — the largest year-over-year growth in a decade — as the threat of coronavirus dissipates, and the economy roars back.