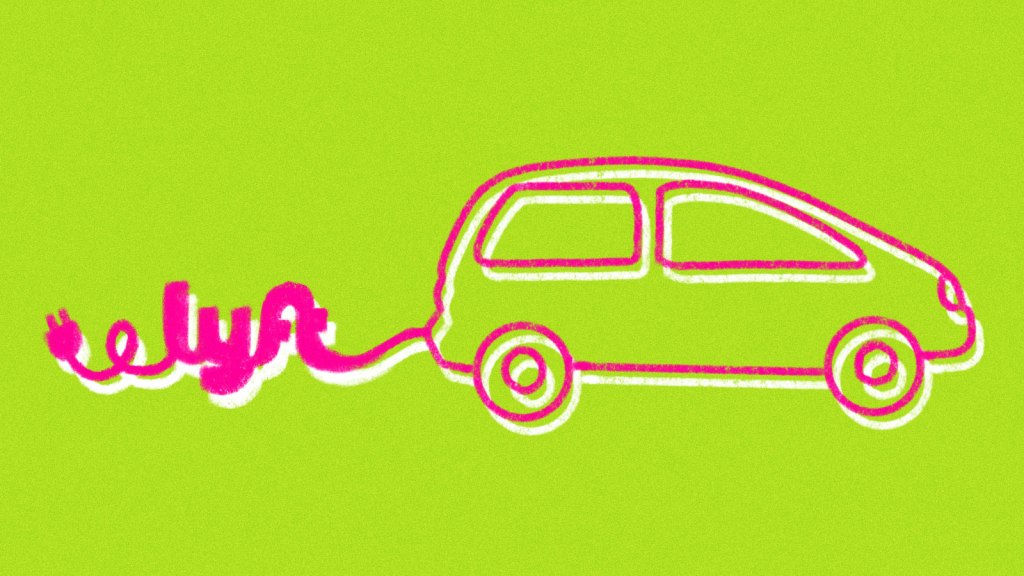 On Wednesday, Lyft announced a plan to transition to 100 percent electric vehicles (EVs) on its platform by 2030. Doing so, the company said, could prevent millions of tons of greenhouse gas emissions and save drivers billions of dollars in vehicle operating costs. But some details are a bit murky.

The ride-hailing company worked with the Environmental Defense Fund (EDF) to develop the plan, which arrives in the midst of a pandemic and nationwide calls for racial justice. “People are paying more attention to corporate America’s behavior — both the good and the bad,” EDF managing director Elizabeth Sturcken said in a press briefing on Wednesday. People are also paying more attention to environmental issues.

“Investors, employees, customers, and the rising youth movement are calling for immediate action on climate,” she said.

Ride-hailing companies have long promoted the idea that their services help the planet by discouraging private car ownership. But that notion has come under increasing scrutiny from scientists and activists, who say the alleged environmental benefits of ride-hailing apps are mostly hype — or downright false. A recent study from the Union of Concerned Scientists found that Uber or Lyft rides produce 47 percent more carbon emissions per trip than driving alone in a car. Moreover, most ride-hailing trips replace low-carbon transportation options like walking, biking, or public transit. That means that overall, ride-hailing apps increase emissions per trip by about 69 percent. Lyft and Uber have also admitted that their platforms increase city traffic congestion.

But Lyft co-founder and president John Zimmer says that by leveraging the company’s user base and political influence, it can be a part of the solution to climate change. Lyft can push its competitors and the auto industry toward an EV future, expediting the country’s transition to green technology while also helping the U.S. “bounce back stronger” from the COVID-19 pandemic. At least, that’s the theory.

It’ll be relatively easy to transition Lyft’s “Express Drive” car rental program, which allows people who don’t own a car to become Lyft drivers, but questions remain about the millions of drivers using their own cars on the Lyft platform. Getting those drivers into electric vehicles will be a bit more daunting, especially given that the vast majority of them use the app less than 10 hours a week, according to Lyft.

The company won’t be offering financial assistance to drivers needing to switch to electric-powered cars. Rather, much of Lyft’s plan hinges on how effectively it can “organize demand-side interest in EVs,” as the company stated in a white paper. That means getting riders to ask for hybrid and electric vehicles via the “Green Mode” option in the app — and, more importantly, getting drivers to voluntarily switch their cars.

Everyone should be “leaping out of their chairs to go get an EV,” Lyft’s director of sustainability, Sam Arons, said at the press briefing, “because it’s the thing they want to do.”

That makes it sound like the onus is on drivers to make the switch. But Cal Lankton, the company’s vice president of fleet and global operations, said the onus was actually on Lyft to create the right market conditions for electric vehicle adoption, mostly by making it cheaper to switch to an electric car. “It’s got to be a financial no-brainer,” Zimmer added at the briefing.

Lyft says it plans to advocate for state and federal policies that incentivize EV purchases, like zero-emissions mandates and fuel efficiency standards. It will actively support tax credits, rebates, and other policies that lower the price of electric vehicles. The company also says it will work with carmakers to negotiate group discounts for drivers using the Lyft platform.

On the technology side, Lankton said the company plans to work with charging infrastructure companies to install more, and cheaper, charging stations. In its white paper, Lyft said it wants to help charging companies develop technology that will double vehicle charging speeds by 2025.

Come 2030, Lyft isn’t planning to kick any drivers off its platform. When asked at the briefing what it will do with drivers who still drive gas-powered cars at the end of the decade, Zimmer said Lyft intends to “push extremely hard” on the economic and policy levers to make that a nonissue. Lyft says it predicts electric vehicles will be more economical for its drivers by mid-decade.

It’s not clear what the backup plan is, and some experts say Lyft’s timeline may not be realistic. Last year, EVs accounted for only 2 percent of all vehicle sales, and Edmunds analyst Jessica Caldwell told CNN that the electrification of the auto industry has been happening much more slowly than it was a few years ago. Now, COVID-19 has dampened automakers’ willingness to move away from gas.

Meanwhile, full-time Lyft drivers make on average just over $30,000 a year, and — because of their classification as independent contractors — they don’t get health insurance, a retirement plan, or other benefits from the company. In New York City in 2016, 18 percent of for-hire vehicle drivers (including taxi drivers) received food stamps.

“Drivers are already having difficulty bringing food to the table,” Takele Gobena, a Seattle Teamsters representative and former ride-hail driver, told CNN. “I don’t know how drivers are going to survive with [Lyft’s] new policy.”

According to the Verge, Lyft has not disclosed how much money it will spend on its transition to electric vehicles, and some of the company’s previous green initiatives — like a 2018 announcement to go carbon neutral by purchasing carbon offsets — have been criticized as empty virtue signaling. (This week, Lyft announced it iwas ending its offsets program.)

But electrifying the country’s automobiles is becoming increasingly urgent, as transportation now accounts for 28 percent of U.S. emissions, more than any other sector. Lyft acknowledged its responsibility to reduce net emissions, even if it doesn’t have all the details of its electric vehicle scheme hashed out yet. “There’s more to figure out,” Arons, a member of the 2019 Grist 50, told reporters on Wednesday. “We’re going to have to roll up our sleeves to do the hard work.”