One solution to California’s blackouts? The world’s biggest battery. 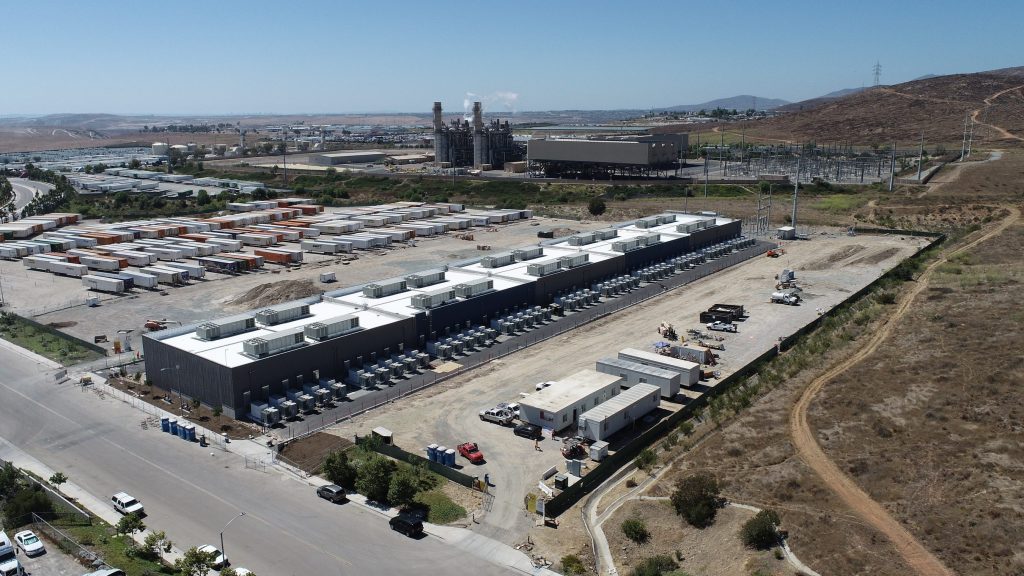 One solution to California’s blackouts? The world’s biggest battery.

Move over, Australia — California has stolen the claim for largest battery installation in the world. In the middle of a vicious heatwave where demand for air conditioning led to rolling blackouts, an energy development company called LS Power was working hard to add more lithium-ion batteries to its Gateway Energy Storage project in San Diego. As of last Monday, the facility is now capable of storing and dispatching 230 megawatts to the Golden State’s grid for one hour, and is set to beef up to 250 megawatts later this month. That knocks the previous titleholder, Tesla’s 100-megawatt Horndale Power Reserve in South Australia, out of the water. Sorry, Elon.

California aims to run its grid entirely on fossil fuel-free energy by 2045 and has been closing down dirty power plants and ramping up renewables at a steady clip. But while fuels can supply a steady stream of energy, the sun and wind are intermittent. That’s where large-capacity batteries like the Gateway project come in, storing excess energy during peak solar hours and dispatching it back to the grid in the evening when the sun is down but demand is still high. Battery installations haven’t kept pace with power plant shutdowns, which created the tight supply that resulted in blackouts last week.

Steve Berberich, the president and CEO of the California Independent System Operator (CAISO), which oversees the state’s electricity system, has said it will eventually need as much as 15,000 megawatts of battery storage to reach the state’s clean energy goal. In that context, the Gateway project is a drop in the bucket. But Berberich has called it a turning point in a series of large-capacity projects that are coming online this year. California started 2020 with just 136 megawatts of storage, and is expected to have 923 by the end of the year. Anne Gonzales, a spokesperson for CAISO, told Grist that every little bit helps during a heat wave when the grid operator is scouring all entities for every megawatt that can be spared.

The Gateway project only holds one hour’s worth of energy right now, but that could change. The facility has the potential to scale up to a system that can dispatch 250 megawatts for four hours, or a 1,000-megawatt-hour system.

“We built Gateway as a shorter duration project, but we built it so we had room in the buildings … to expand that capacity when we had customers for that capacity,” John King, LS Power’s head of renewables, told Greentech Media.

The company has other major energy storage projects under development, including an even larger 316-megawatt system in Queens, New York. But even once that project comes online, it’s unlikely to hold the record for long. A 400-megawatt project is currently under construction in Monterey Bay, California, by Vistra Corp., and the company recently secured a permit to scale up to 1,500 megawatts should “market and economic conditions support” the expansion. And across the country in the Sunshine state, Florida Power and Light, a utility company, is building a 409-megawatt solar-plus-storage facility that is expected to be running by the end of next year. In short, this competition is just starting to heat up.