These biodegradable computer chips are made from wood 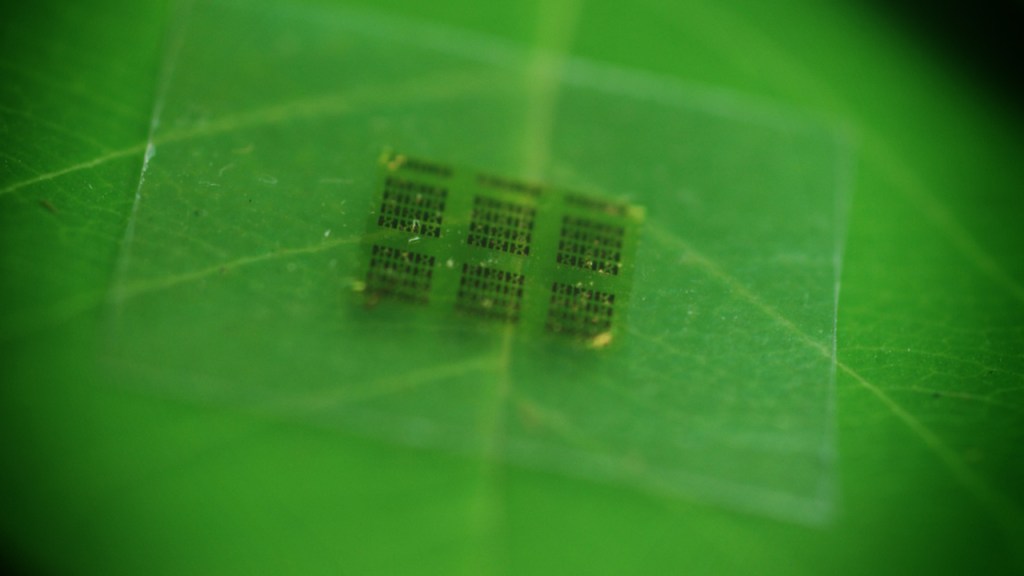 These biodegradable computer chips are made from wood

What if I told you that we could make computer chips out of biodegradable wood, instead of the semiconducting materials like silicon that we currently use and then promptly dump in landfills? Would you call me a dirty hippie and tell me to get real? How about if Zhenqiang (Jack) Ma, a professor of electrical and computer engineering at the University of Wisconsin, told you?

According to MIT Technology Review, Ma and his colleagues have indeed made such a chip:

The inventors argue that the new chips could help address the global problem of rapidly accumulating electronic waste, some of which contains potentially toxic materials. The results also show that a transparent, wood-derived material called nanocellulose paper is an attractive alternative to plastic as a surface for flexible electronics. …

In two recent demonstrations, Ma and his colleagues showed they can use nanocellulose as the support layer for radio frequency circuits that perform comparably to those commonly used in smartphones and tablets. They also showed that these chips can be broken down by a common fungus.

Ma told Technology Review that the chips are even ready for commercialization — but that the market might not be ready for them:

… He thinks it’s likely to take heightened environmental pressure, or a spike in the price of rare semiconductor materials like gallium, for the mainstream electronics industry to change its current practices and consider making chips from wood.

Fortunately, there’s another reason to push for biodegradable computer chips. John Rogers, a materials scientists at the University of Illinois at Urbana-Champaign, told Technology Review that the military might be interested in using this technology for “transient electronics” that could conveniently disappear before they fall into the wrong hands. And if the military wants it, that means we’ll probably do it.