Scientists created a new sponge that could clean up oil spills 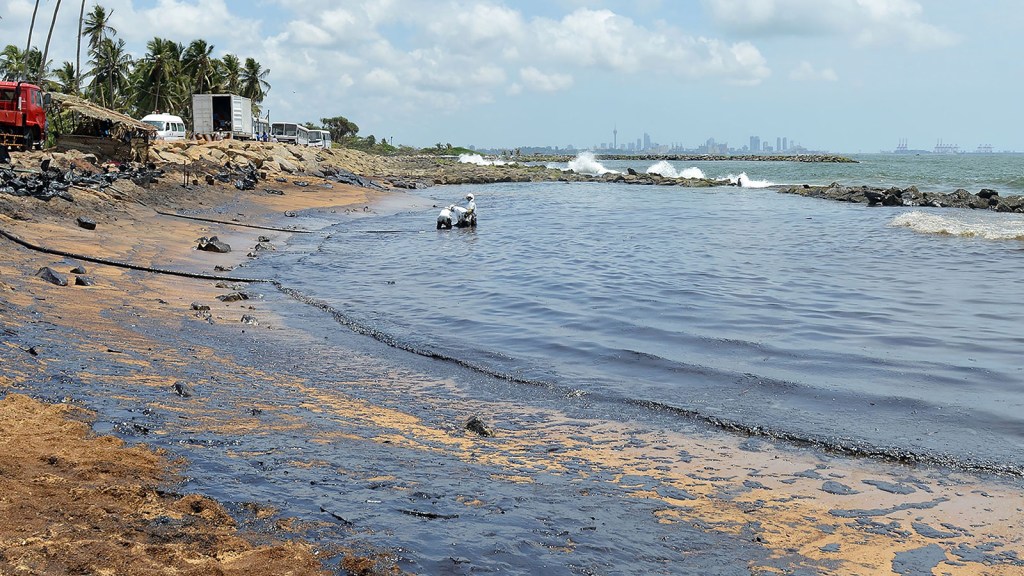 Scientists created a new sponge that could clean up oil spills

The secret to cleaning up contaminated water may lie in the cheap, common polyurethane foam used in mattresses. In a study published in the journal Nature Sustainability this week, scientists tested the ability of the material, enhanced with a special coating, to soak up tiny droplets of oil suspended in water. They found that it consistently captured almost all of the oil in under three hours.

The sponge could help address water contamination from the oil and gas industry. From catastrophic oil spills like the 2010 Deepwater Horizon incident, to the thousands of smaller spills that occur each year, to the more than 100 billion barrels of toxic wastewater produced annually from fracking, the scale of the issue is alarming, especially given how limited the available technology is to clean it up.

“Right now water is a huge challenge,” said Pavani Cherukupally, a research associate* in chemical engineering at Imperial College London and the lead author of the study. “Having this economically affordable technology will help us reduce the environmental impact, produce clean water, and also recover these resources. This recovered oil will have some value to it.”

Cherukupally’s sponge was designed to recover micrometer-sized droplets of crude oil that get dispersed in the ocean after oil spills and leaks, as well as in wastewater from fracking. Fracking involves pumping millions of gallons of chemical-laden water deep into the ground. The water opens up cracks in the rock, letting oil and gas seep out. Then it returns to the surface more toxic than before, and there’s no good way to clean it up. Often companies will inject it deep underground if state law allows. The EPA is considering letting companies start discharging it into waterways. For now, if it’s not injected, it gets moved into storage tanks or ponds and sits there. There is technology capable of remediating this water, but it’s too energy intensive and expensive to be used at scale.

Previously, Cherukupally found that ordinary polyurethane foam* successfully captured the small oil droplets, but it only worked under very specific conditions. The chemistry of wastewater from fracking varies, and changes in acidity can strengthen or weaken the attraction between the oil droplets and the surface of the sponge. Cherukupally and her co-authors wanted to improve the material so that it would work in a wide range of scenarios.

The team developed a coating that alters the foam’s texture, chemistry, and charge. Among other things, this coating contains particles with hairs* that act like tiny fishing rods for oil droplets. The coated sponge was put to the test in water with four different levels of acidity, and while it worked at varying speeds, it never took more than three hours to soak up 95 to 99 percent of the oil. Cherukupally also developed a solvent that extracts the oil so that the sponge can be reused.

Oil is only a small part of the equation in remediating wastewater from fracking. “There’s a lot of stuff in that water. It tends to be very salty, it can have radioactive materials in it,” said Seth Darling, director of the Center for Molecular Engineering at the Argonne National Laboratory in Illinois. That doesn’t mean Cherukupally’s sponge can’t be part of the solution. “You can do modular treatment trains, where you take out one pollutant or several pollutants at a time using different technologies. It all comes down to the economics,” Darling said. Cherukupally mentioned that based on the chemistry, her sponge should also be able to capture heavy metals in fracking wastewater, like arsenic, zinc, or lead, although she hasn’t tested it.*

Darling engineered a similar reusable polyurethane foam to clean up oil spilled in offshore drilling accidents. Currently, to clean up a big oil spill, our best solution involves dragging large floating booms across the water to pool the oil so it can be burned off or skimmed off like chicken fat on top of broth. Companies like BP have also used controversial chemicals called dispersants that break the oil up into small drops, making it easier for naturally occurring microbes to gobble them up. But the emulsified oil, as well as the dispersal chemicals themselves, are harmful to ocean ecosystems. And whether we burn or skim the surface oil or use dispersants, much of the oil is never cleaned up and remains suspended in the water.

Darling’s product, named the Oleo sponge, was designed to attract oil, repel water, and be wrung out so that it can be reused. Oleo has already proven itself in the lab, again in the largest oil spill response test facility in North America, and again in the open ocean off the coast of California. Now, Darling and his colleagues are working with a commercial partner to try to get Oleo to market.

Both Darling and Cherukupally are looking beyond oil and exploring ways to adapt their sponges to clean up other pollutants in water. “There’s a tremendous need for new technologies in this space, and these sponges are one potential tool in the toolbox to tackle those challenges,” said Darling.

Correction: We originally identified Churukupally as a professor, wrote that she developed the foam in her earlier study, described the new coating as containing spiky particles, and wrote that her sponge could also capture calcium. Grist regrets these errors.