President Trump addressed the nation Wednesday morning about the heightened conflict between the U.S. and Iran after Trump ordered the killing of military commander Qassem Soleimani last week. Trump eased fears about U.S. military retaliation to an Iranian strike on an Iraqi base housing U.S. troops on Tuesday night. Then he took the opportunity to brag about America’s oil and gas industry. “We are now the number one producer of oil and natural gas anywhere in the world,” he said. “We are independent, and we do not need Middle East oil.”

We don’t get to say this very often, but Trump is right — on this specific point, at least. Crude oil imports from the Middle East to the United States have been steadily declining for years. In 2018, oil from the Persian Gulf made up only 16 percent of U.S. petroleum imports. These days, almost half of the oil the U.S. buys internationally comes from the Canadian tar sands. 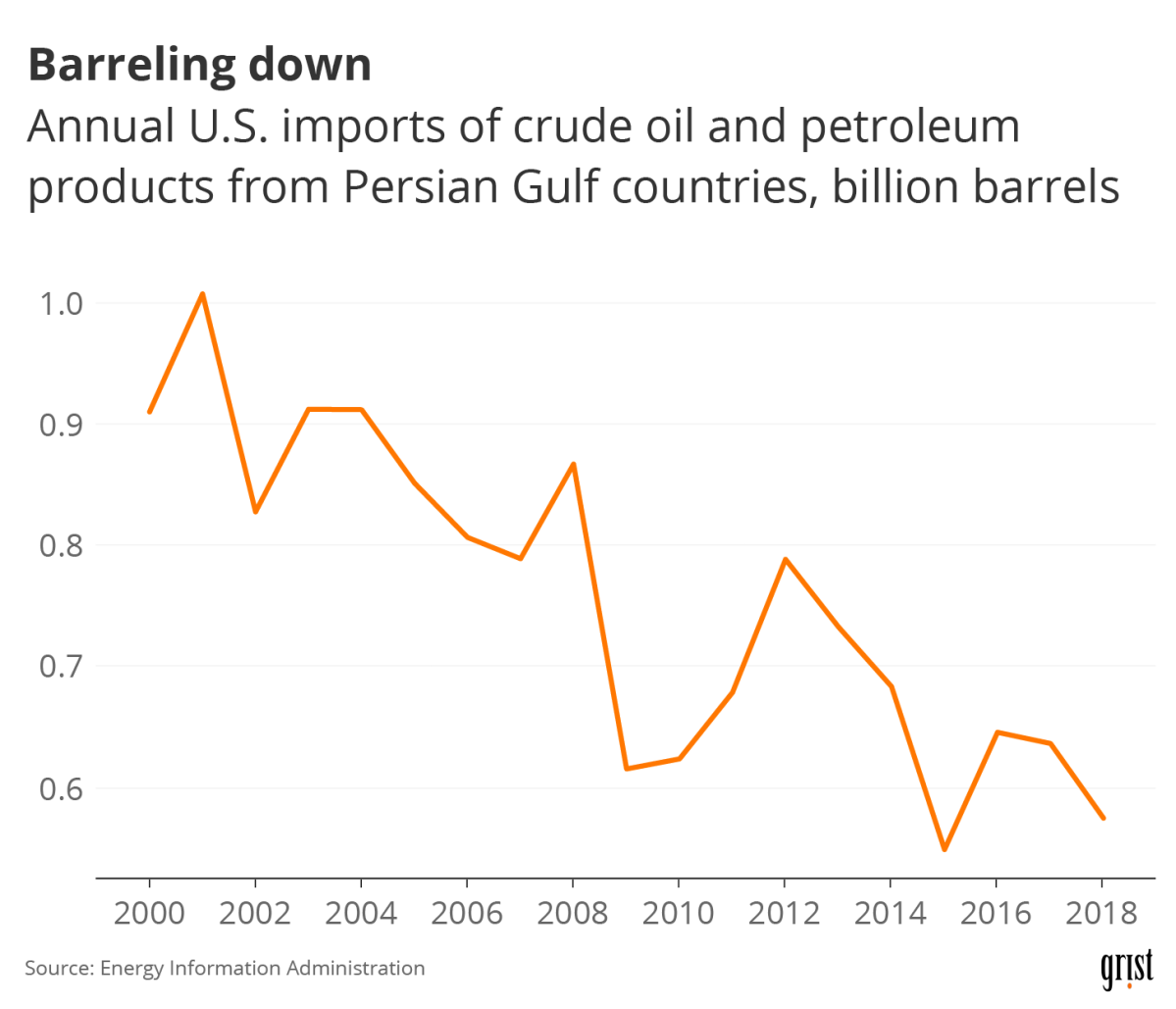 Even more to Trump’s point, U.S. oil and natural gas production is booming. We produced more oil and gas than any other country in 2018, and net imports made up just 11 percent of our total domestic petroleum consumption. 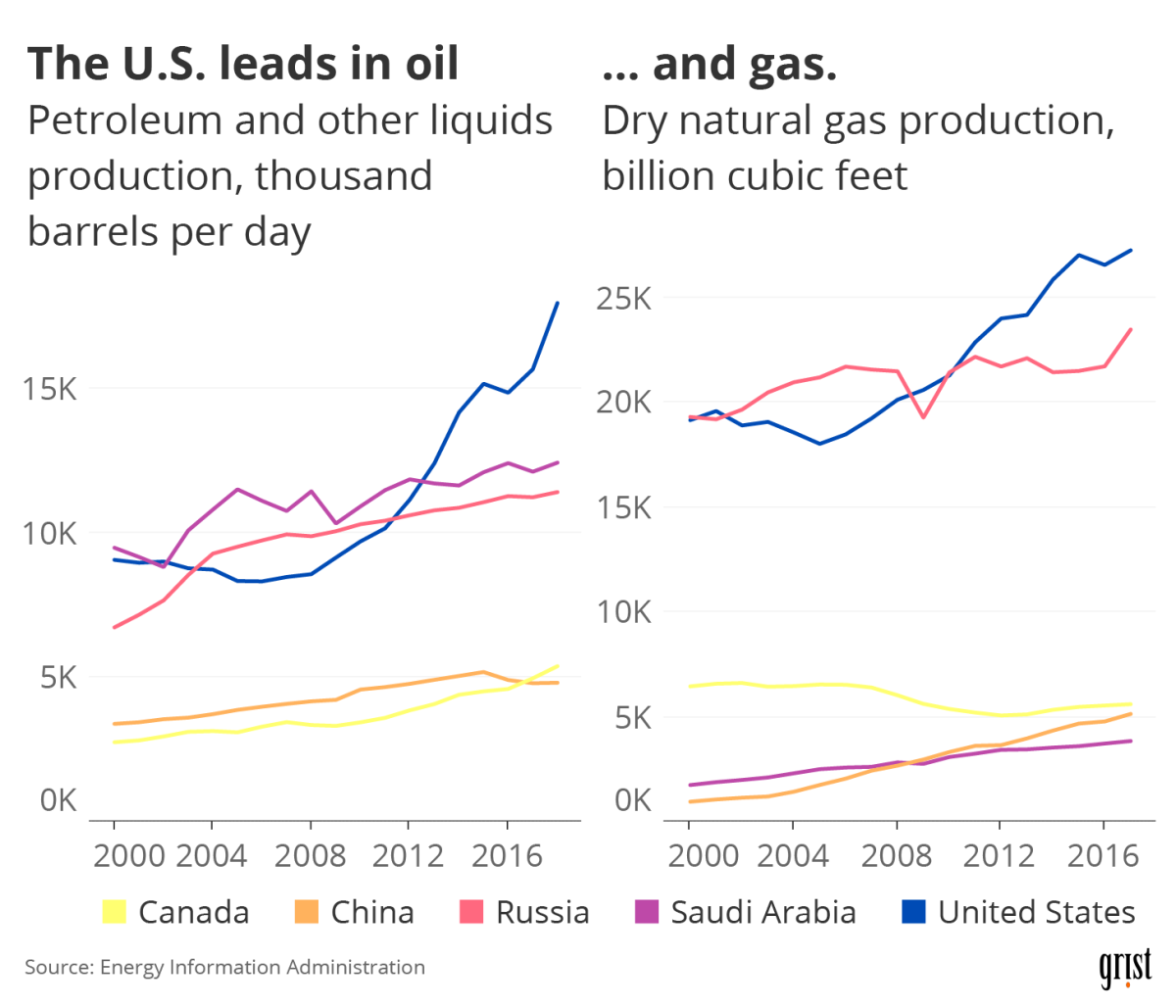 But while Trump is celebrating this as part of his economic track record, he’s also showcasing the United States’ central role in speeding up climate change under his leadership. U.S. greenhouse gas emissions declined by 2 percent in 2019, thanks in part to the decline in coal in the electricity sector. But that dip will likely be short lived.

A new report by the Environmental Integrity Project released on Wednesday found that current plans to expand drilling, if approved, will result in an additional 36 million tons of annual greenhouse gas emissions by 2025. That number jumps to 227 million when taking into account new fossil fuel plants and the growth of other oil and gas products, like petrochemicals, plastics, and fertilizers. According to the report, the expansions will be equivalent to firing up 50 new coal plants.

So maybe we don’t need Middle East oil, but our energy independence is coming at a major cost to humanity.

Oil and gas emissions are reversing progress from coal’s decline