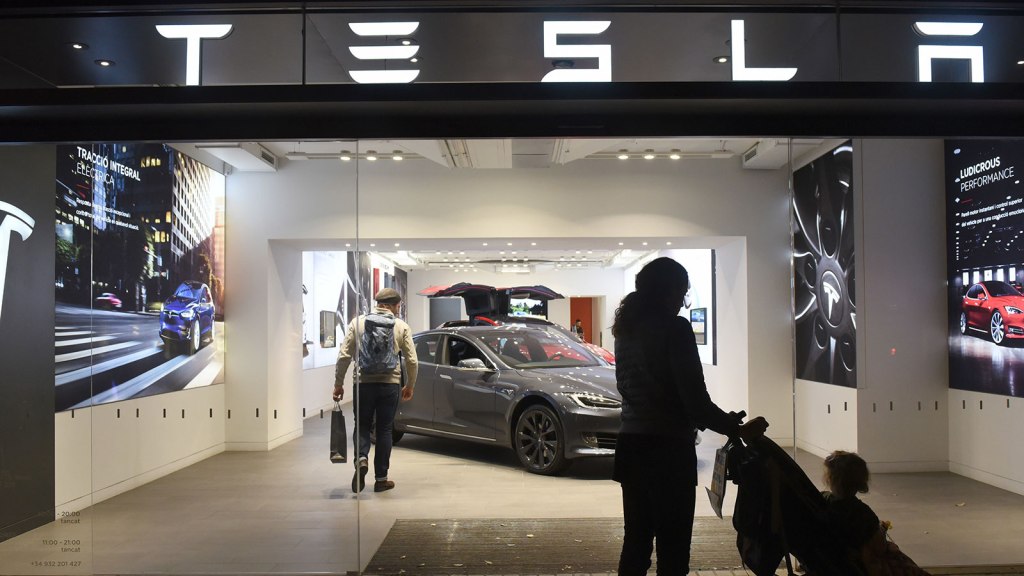 Two decades from now, children born into a world shaped by COVID-19 will be coming of age, and while the pandemic’s lasting imprint is unclear, one detail is coming into focus: Baby’s first car will probably be electric.

Despite the slump in the global electric vehicle market this year, a new analysis from the research firm BloombergNEF suggests that electric vehicle adoption will accelerate, eventually. The researchers’ annual outlook estimates that by 2040, 58 percent of new passenger cars sold will be electric, up from 2 percent today, and electric models will make up 31 percent of all of the cars on the road.

But it’s going to be a bumpy road to get there. A report by research firm Wood Mackenzie released in early April predicted a 43 percent drop in global electric vehicle sales by the end of the year. The new analysis by BNEF estimated that sales would only dip by 18 percent. Either way, it’s a sharp change of course for the industry, which has been growing steadily for over a decade.

Automakers were also forced to shut down factories and suspend production to help contain the outbreak, delaying the release of some new electric models, such as the latest Chevy Bolt and the electric Hummer. And with oil prices at record lows, some experts predict that buyers won’t be able to justify the up-front costs of electric cars with savings on gas.

So how does any of this spell a fast and furious adoption of electric vehicles in the future? The short answer: cheaper cars and more aggressive climate change policy. In a statement, Colin McKerracher, head of advanced transport for BNEF, said the firm’s analysis suggested that internal combustion engine car sales already peaked back in 2017, and that electric car prices will finally be on par with their gas counterparts by 2025, thanks to falling prices for lithium-ion batteries. That day could come even sooner for Tesla vehicles: The company claims to be on the verge of introducing a new, more-affordable, long-lasting battery in its Model 3 sedan as early as later this year that it says will make the car cost competitive with gas models. But it will only be available in China to start.

The outlook is even brighter for electric buses, expected to make up 67 percent of all buses on the road by 2040, according to the analysis, as well as two-wheeled vehicles like mopeds and motorcycles, which are expected to be 47 percent electric by that year. To make this electric future viable, the world is going to need about 290 million charging stations, with a total price tag of around $500 billion, said Aleksandra O’Donovan, head of electrified transport for BNEF. Electric vehicles will increase electricity demand by about 5 percent.

Much of the sales growth will be in Europe and China, at least in the near term, where there is more policy support. There are now 13 countries around the world that have plans to phase out gas-powered cars altogether. The United States isn’t one of them. The U.S. government is currently in the process of phasing out a tax credit that helped spur electric vehicle adoption.

But states are attempting to pick up the slack. In Colorado, a new plan unveiled last month promises to add almost 1 million electric cars to the road in the next ten years and fully transition trucks and buses to electric options. Connecticut released a similar roadmap, with the goal of ramping up electric vehicle use by more than 100,000 vehicles in just five years. While budget drains endanger both of those plans, officials are optimistic that the momentum for electric vehicles is pandemic-proof.