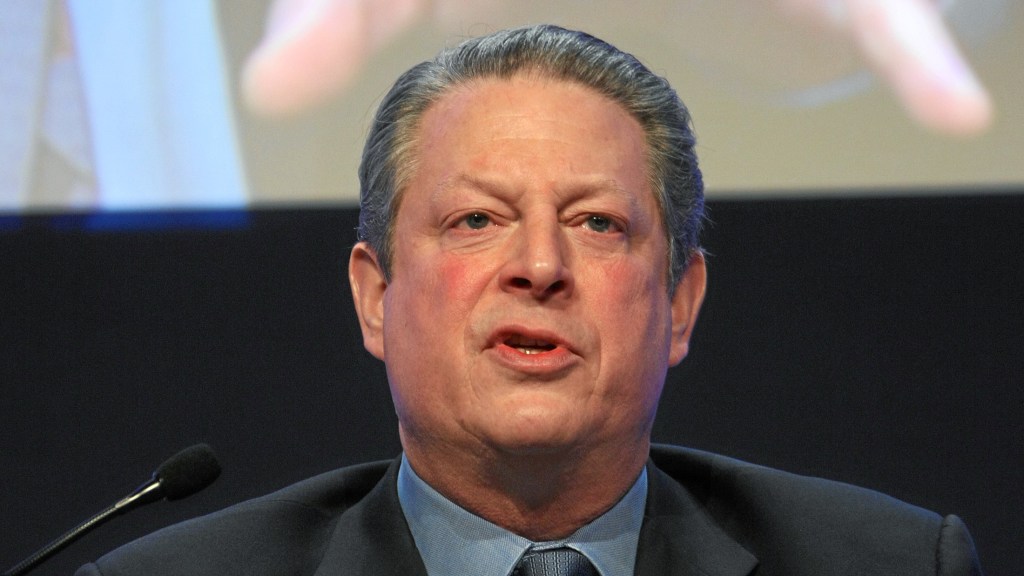 Republican caricatures of Al Gore notwithstanding, the former vice president was never a stereotypical woolly environmentalist. A practicing Southern Baptist, Gore attended divinity school and, though he opposed the Vietnam War, he enlisted in the military rather than protesting it. Gore rose in the 1980s as a moderate “New Democrat,” who was friendly to business, hawkish on foreign policy and, yes, excited about the possibilities of technological innovation. As vice president, he set about the earnest work of “reinventing government” to make it more efficient.

Gore’s attraction to environmentalism, much like that of New York City Mayor Mike Bloomberg’s, is that of a serious wonk, not a dirty hippie who finds water conservation a convenient excuse not to bathe.

And so it is actually quite remarkable that, as Forbes reported in this week’s issue and The Washington Post confirmed with a source close to Gore on Monday, he has gone vegan. Forbes merely tossed in a throwaway line referring to Gore as “newly vegan,” in a story about investors looking at ways of replacing eggs with plant-based formulas. The Post was unable to get any further details beyond confirmation from an unnamed Gore associate.

Perhaps, as the Post’s Juliet Eilperin suggests, Gore was worried about his health. Former President Bill Clinton, who was famously fond of McDonald’s, became a vegan in 2011. (He had a quadruple bypass in 2004.) Gore, as conservatives never tire of pointing out, put on a few pounds after leaving office.

But it seems likely that concerns about the environment, especially his top cause of climate change, played a role in Gore’s thinking. Industrial animal agriculture is bad for local water quality, as it spreads around manure and antibiotics. But it is also bad for greenhouse gas emissions. Animals, especially pigs and even more so cows, produce methane as a byproduct of digestion. As anyone who eats too many Brussels sprouts this Thanksgiving will find out, gas can’t stay inside an animal forever: it comes out in burps, farts, and mostly in manure. As greenhouse gases go, methane that escapes into the atmosphere without being burned is 21 times more potent per pound than CO2.

Raising livestock contributes to climate change and environmental degradation in other ways as well: it takes far more grain and land to produce a calorie of food for humans by feeding grains to animals than directly to people. That means more destruction of grasslands and forests for farming, more tractors burning fuel, and more pesticides seeping into the groundwater. Back in 2006, a United Nations report found that livestock accounts for 18 percent of all global greenhouse gas emissions.

And now, a new report from the National Academy of Sciences suggests that we have been vastly underestimating livestock’s contribution to the U.S.’s greenhouse gas emissions.

In the past, the Environmental Protection Agency has said that meat production accounted for only around 3.75 percent of U.S. emissions. But the estimate failed to factor in the grain fed to livestock and the transportation of grain and livestock. The new NAS study corrects that error, finding that in 2008, the U.S. released 49 million tons of methane, rather than the 32 million tons estimated by the EPA. As the Associated Press notes, that means America’s methane might contribute as much to climate change as its entire transportation sector. Some of that comes from byproducts of fossil fuel extraction, such as fracking, but most of it comes from animals.

This is a growing problem, as meat consumption has risen steadily in rich countries and now developing nations are catching up. As I reported in my deep dive on this issue for The American Prospect in 2008:

The average American eats 200 pounds of meat, poultry, and fish per capita per year, 50 pounds more than Americans did in the 1950s. Between 1970 and 2002 the average person in a developing country went from consuming 24 pounds to 65 pounds of meat annually. In all, the world’s total meat consumption in 2007 was estimated to be 284 million tons, compared to 71 million tons in 1961. It is expected to double by 2050.

Environmental groups and high-profile environmentalists have been reluctant to suggest that people cut back on their meat eating, or switch to less greenhouse gas-intensive meats such as chicken, never mind pushing for comprehensive policy solutions. When I wrote that piece in 2008, Gore himself had never mentioned meat as a cause of climate change.

Meat consumption is a tough issue for environmentalists to tackle. The environmental movement has long battled its reputation self-righteous schoolmarmishness. Nothing could be more potentially off-putting to regular American dudes than telling them to give up steaks and hamburgers. Moreover, ranchers and hunters can be useful allies to environmental groups in land conservation battles out West.

Still, the awareness of the basic science behind meat consumption has become more widespread since 2008. Gore himself began talking about the emissions of meat production in 2011. And while he is often condemned for being polarizing, Gore demonstrated with An Inconvenient Truth that he is capable of focusing national attention on climate change. Hopefully he’ll decide to talk publicly about why he went vegan. It might help spark another much-needed conversation.