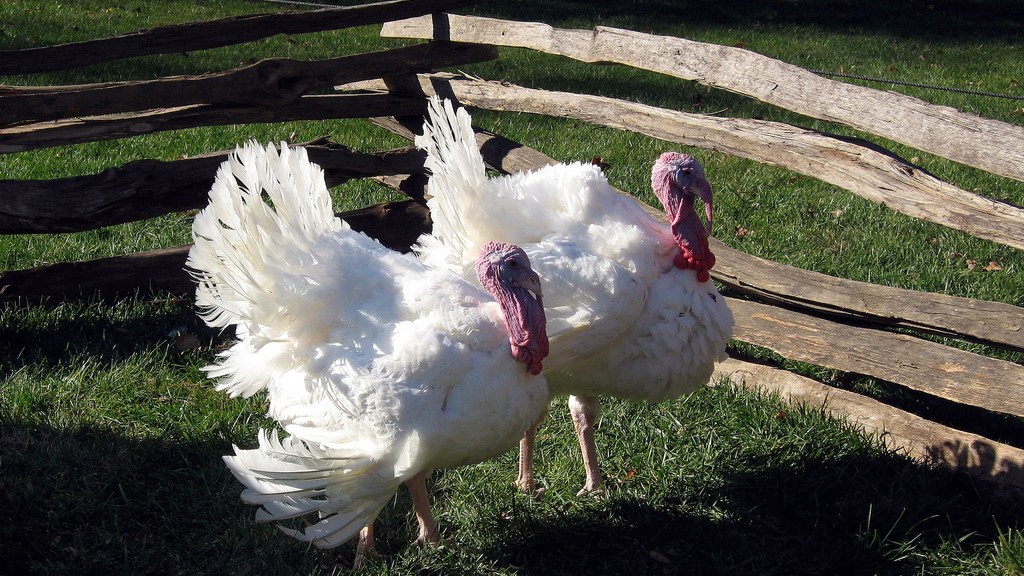 Today President Obama is “pardoning” two turkeys with conventional taste in music — Caramel, who reportedly likes Lady Gaga, and Popcorn, who’s more into Beyonce. Sure. Anyway, they’re getting a presidential pardon for the crime of being edible, and will be sent to an idyllic turkey farm where they can run free until they drop dead in a year because modern turkeys are just not built to live.

The National Journal reports that only one of the turkeys pardoned by President Obama over his eight-year term has lived more than a year. Thanks, Obamacare! No, but seriously: Bush didn’t have any better luck. These birds are just too good for this world.

Or, more accurately, too fat. According to a 2010 Humane Society report, says National Journal, commercially-raised turkeys have been bred so large that they’re “on the verge of structural collapse.” All that tasty meat causes degenerative hip failure, joint deformities, and heart disease. They are simply too big not to fail.