Beyoncé wants you to become a vegan 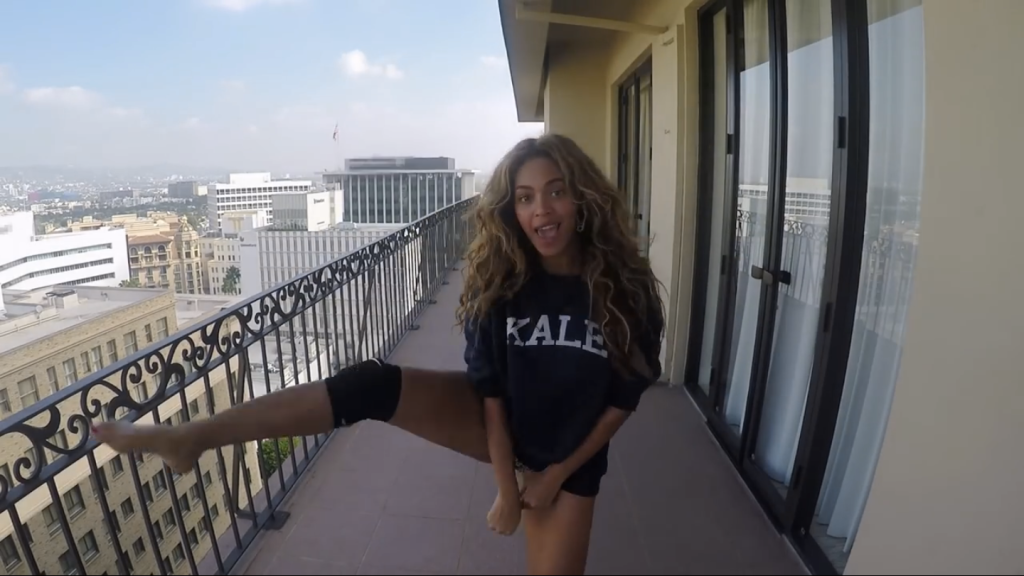 Beyoncé wants you to become a vegan

If you, like most of the rational world, wake up every morning wondering what Your Good Friend Beyoncé Giselle Knowles-Carter is up to today, here’s your update: This week, YGFBGKC launched a new vegan meal delivery service in partnership with her personal trainer Marco Borges, as part of his 22 Days Nutrition lifestyle brand.

The premise behind its awkward name is that it allegedly takes 21 days to break a habit – in this case, the habit of eating animal products. Frankly, I have been trying to break the habit of not-being-able-to-do-the-thing-Beyonce-does-with-her-butt-in-the-“Partition”-video for an entire year and have yet to succeed, so, side-eye to that. But Our Lady of the Immaculate Leotard tried out the vegan diet herself back in December, and it worked — sort of. A press release announcing the partnership states, somewhat evasively, that Beyoncé “has since made an effort to include more plant-based foods in her everyday diet.” OK. In case you had any doubts regarding her newfound love of vegetables, her most recent video features her dancing on a balcony in a sweatshirt emblazoned with the name of America’s favorite brassica.

It’s great that someone as visible and influential as Beyoncé is promoting a plant-based diet. Beyoncé has had the power to convince many, many people around the world to do seemingly unappealing things, like wearing outfits designed by Tina Knowles and respecting women as equals.

Still, it’s kind of hard to talk the world into going vegan if you haven’t even committed to it yourself, Bey. And trying to push that conversion with a thrice-a-day meal delivery service that will run you just over 600 American dollars for three weeks is veering into Gwyneth Paltrow-level delusion. It’s also just removing people further from the kitchen and learning to cook for themselves, which is a far more effective way to improve the food system than getting a Sesame Cabbage Lentil Bowl dropped on your doorstep – no shade to the Sesame Cabbage Lentil Bowl. (There are, it bears mentioning, a few recipes and veganism tips on the 22 Days blog — but this does not appear to be the focus of the venture.)

What do you do when the 22 days are up? Learning how to do veganism properly (read: not just eating carrot sticks and pasta with olive oil) actually takes some work at the get-go, and being essentially spoonfed Winter Beans with Zesty-Parsley [sic] Quinoa that have magically sprung forth from some Beyoncé-approved culinary laboratory is probably not the most effective way to go about it.

Would I buy 22 days of Beyoncé-approved pre-prepared vegan meals? No, because A) I actually like to cook and B) it costs $600. Would I buy a Beyoncé-authored vegan cookbook? Without a doubt — and if it included an instructional on how to do that-thing-she-does-with-her-butt-in-the-“Partition”-video, I might even pay $600 for it.