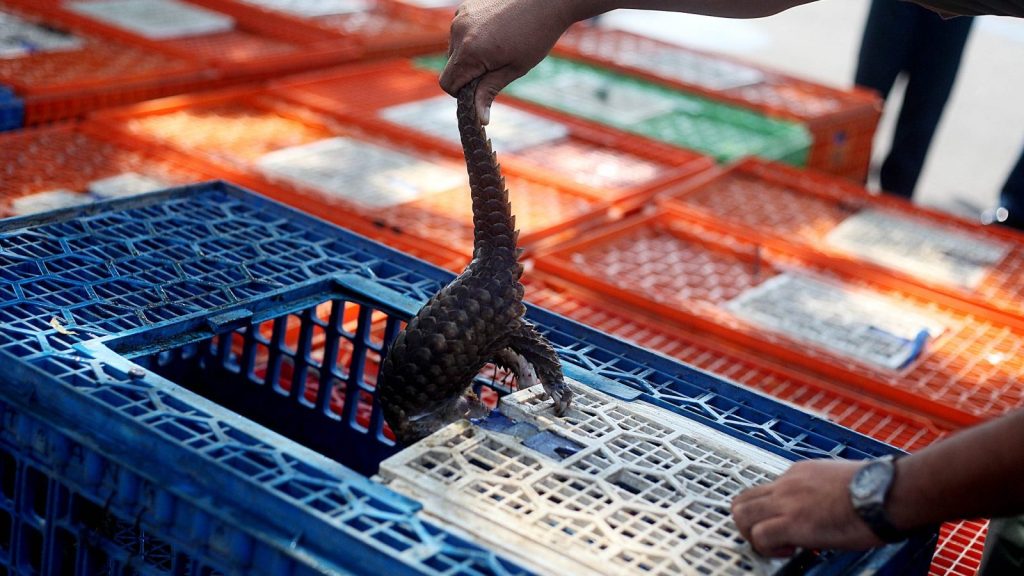 For the past 40 years, the Chinese government has promoted the wild animal trade as a form of rural economic development. But the industry ground to a halt this winter when it became clear that the COVID-19 outbreak in Wuhan originated in a “wet market” — where throngs of customers shop for live animals held in cramped quarters.

When this connection emerged in January, the government ordered a freeze on the sale and consumption of wild animals, which was stiffly enforced — 700 people were arrested for violations in the first two weeks of February. On February 24, the government initiated a permanent ban with a decree titled, “Comprehensively Prohibiting the Illegal Trade of Wild Animals, Eliminating the Bad Habits of Wild Animal Consumption, and Protecting the Health and Safety of the People.”

But will the ban simply drive a long-thriving trade underground? The ultimate solution, of course, is to reduce demand by changing cultural norms around eating wild animals, which had become fashionable as a sort of conspicuous, thrill-seeking display of wealth among a subset of the upwardly mobile. Aili Kang, director of the Wildlife Conservation Society’s Asia program, believes COVID-19 may finally provide sufficient motivation to do so.

“Chinese people don’t want to touch any wild animal food at the moment, so the traders have no market,” she says.

Conservationists have also leapt at the opportunity to advance their battle against the global wildlife trade, which is driven largely by China, where rare and endangered species are trafficked as both medicine and luxury food. The Wildlife Conservation Society has created a series of infographics to educate the public about the connection between wildlife trafficking and pandemics, and leaders in the field have waged a media blitz.

“Since January 15, I’ve done nothing but talk to people about COVID-19,” says Chris Walzer, executive director of WCS’s Health Programs.

Zoonotic diseases — those that make the leap from animals to humans, from HIV and Ebola to SARs and COVID-19 — appear to be on the rise. The wildlife trade is partly to blame, but any activity that puts people in close proximity to wild animals harboring diseases, for which humans are unlikely to carry immunity, poses a risk.

The destruction of natural habitat is another factor in pandemic risk, since it upends traditional, and relatively stable, relationships between people and wildlife — those of indigenous groups, for example — and initiates new human-animal dynamics that result in unanticipated outcomes. In developing countries, logging, mining, agriculture, and other forms of intensive resource extraction on previously wild lands increasingly thrust wildlife and people into contact, while shifting cultural norms change the ways that wild animals are consumed — the growth of urban bushmeat markets in Africa, for example.

Disease occasionally leaps from domesticated animals to people, but the long history of contact with livestock, along with modern food safety regulations, makes the likelihood of those outbreaks quite low.

The root of today’s problem began in the late 1970s, when China embarked on an unusual agricultural experiment of wildlife farming. The country had passed through two decades of severe economic distress, including famine and food shortages, under Chairman Mao Zedong’s communist rule. As part of sweeping rural reforms, the collective farming system was abandoned.

While the ultimate goal was to liberalize and industrialize the agricultural economy, the weakened state had little money to invest in scaling up livestock production. Instead, farmers were encouraged to collect wild animals — rats, civets, snakes, bats, and others — and breed them for home consumption and commercial markets.

More recently, these wild foods have dovetailed with widespread cultural beliefs around the curative powers of bear bile, pangolin scales, and other products employed in traditional Chinese medicine, or TCM. Kang, who grew up in China, explains that while medicinal use of wild animal products has long held a central role in Chinese medicine, historically, consumption as food was restricted to nobility. But in recent years, consuming wild meat has become a status symbol, with thousands of years of cultural history behind it.

Even as China modernized and scaled up livestock production — it is the world’s largest pork consumer — the wild animal markets have continued to be popular among a small subset of culinary adventure-seekers. The phenomenon is largely regional — a 2014 study found that 83 percent of Guangzhou residents had consumed wild animals in the previous year, while in Beijing only 5 percent had.

But this came at a cost, as live markets became linked to the spread of multiple new infectious diseases, jumping from animals to humans.

The SARs outbreak in 2003 was traced to a colony of horseshoe bats in a cave in China’s Yunnan province, but it was civets, catlike animals that were farmed and sold for food (they are believed to improve male virility, among other health attributes), that acted as a vector to pass the virus to humans. Under international pressure, China shut down its wet markets during the SARs epidemic, but six months later the ban was lifted.

These wet markets have been the source of a variety of zoonotic diseases, including, most recently, COVID-19, which spread from horseshoe bats to humans, most likely through pangolins, a scaly armadillo-like creature that are considered a delicacy in Asia.

SARs killed 774 people worldwide. As of this writing, COVID-19 has killed more than 14,000, fomenting intense pressure to eliminate the wild animal trade, an industry with both legally-condoned and black market elements.

Walzer says the links of these markets to illegal trafficking of endangered animals, like pangolins, are well-established — creating a convergence of interests among conservationists, animal rights advocates, health officials, and increasingly, the public, who want to see them shut down.

For decades, epidemiologists have sounded the alarm: The forces of globalization, combined with the popularity of exotic meats in countries where a growing middle class can afford these prestige-enhancing luxury foods, are a recipe for an explosion of zoonotic diseases. Of the 30-plus pathogenic diseases discovered in humans in recent decades, three-quarters are of animal origin. One study estimated that 700,000 viral pathogens in the animal kingdom have potential to infect humans. If wild animal consumption continues unabated, outbreaks like SARs and COVID-19 are likely the new norm.

“It’s a numbers game,” says Walzer, a wildlife veterinarian who studies “spillover” epidemiology, of the likelihood of new zoonotic diseases emerging from wild animal markets. “You’re providing a lot of opportunities for human-animal interface, with a high diversity of species with unknown viruses mixing with each other.”

He adds that certain species, including primates, bats, and rats, are higher risk than others, because of the number of diseases they harbor and the likelihood of those diseases making the genetic leap required to infect humans. “Some of the Southeast Asian rats are quite big and I’m sure they’re very tasty. There’s nothing wrong with eating them per se, but rodents carry a large number of viruses with zoonotic potential — having them in the food chain is really, really high risk,” he says.

With the COVID-19 pandemic, though, interest in these foods appears to be rapidly diminishing: A survey of almost 100,000 Chinese conducted in the midst of the Wuhan outbreak found that nearly 97 percent of respondents opposed eating wild animals, up from about 50 percent in the 2014 study.

“These are not traditional habits,” says Kang, citing, as an example, how a drink made from antelope horn, a traditional remedy given to children to treat colds, has become a widely consumed daily tonic. “It’s a combination of traditional concepts with business people promoting a modern concept of, ‘We should try interesting new things because we have more income.’ Eating exotic species is about people showing on social media that they are cool.”

China’s propaganda machine has recently gone into full gear to undermine that idea. Kang says a spontaneous social media backlash has also driven the point home. A hashtag that translates as #TheSourceoftheNewCoronavirusisWildAnimals quickly racked up 1.2 billion hits on Weibo, the main social media platform in China.

“In my friend circle, there is a person who in the past liked to showcase his experience with wild animal food on social media,” says Kang. “Previously, my friends would say nothing, or they’d say ‘cool’. But now he can’t post those things, because people would say if you continue to do that, you’re not cool.”

Wild animal markets are still present in other Asian countries, though some nations are following China’s lead. To reduce this trade further, notes Kang, new economic opportunities must be created for the rural poor, whose livelihoods are linked to the wet markets and the nation’s 20,000 wild animal breeding operations, a $20 billion industry.

“We need to help those people figure out a solution,” says Kang.

This story was produced by the Food & Environment Reporting Network, a nonprofit news organization.