Check out the finalists of this biomimicry invention contest 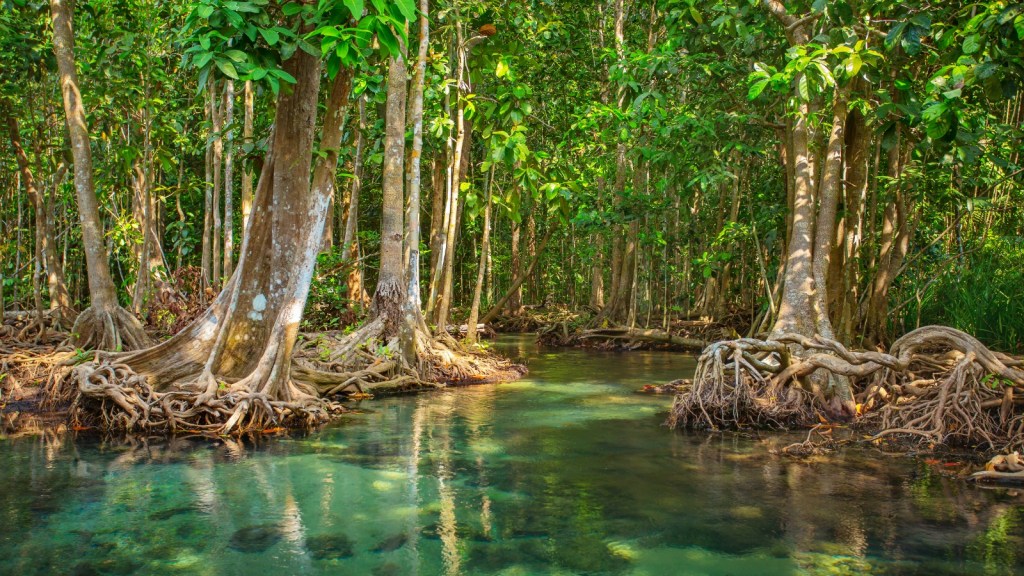 Check out the finalists of this biomimicry invention contest

Imagine drainage pipes that mimic the digestive system of an earthworm to keep fertilizers in fields and out of waterways. Or a smartphone app that sorts out the logistics of sharing and selling farm equipment based on the self-organizing principles that allow ant colonies to make “wisdom of the crowd” decisions. Or a cheap solar desalination system inspired by the mangrove tree.

These are a few of the inventions that have made it to the final round of the Biomimicry Global Design Challenge, which focused on food this year. (Grist was a partner and helped spread the word). People came up with some great ideas that use biomimicry to help feed the world without wrecking it. Biomimicry seeks to solve problems by looking to the natural world to see how evolution has dealt with similar problems.

The Biomimicry Institute just announced its eight finalists. Here are my four favorites.

The problem: Lots of fertilizer, both organic and synthetic, washes out of farmland and into rivers. It changes habitats, hurts the fishing industry, and sometimes poisons drinking water. This is especially problematic in the parts of the world that get the most rain. While farmers in the arid western U.S. have to pipe water onto their fields, farmers in the soggier regions of the Midwest often have to install pipes to drain water out of their fields, so crops don’t drown in waterlogged soil. These drainage systems help dry out fields, but they also provide an easy way for fertilizers to flow into creeks.

The solution: A layered pipe inspired by the workings of an earthworm’s stomach and a human being’s small intestine — it allows water in, but keeps nutrients out.

Reality check: Often, the more effective the filter gets, the less fluid gets through. To sell this to farmers, the inventors will have to prove that the pipe works well for its primary purpose: draining fields. They will also have to figure out how to make it cheaply enough to be affordable. On the plus side, farmers will save money on fertilizers if they keep more nutrients in the soil. And farmers are already spending money experimenting with biofilters and cover crops as pressure mounts to clean up fertilizer pollution.

A nurse for injured soils

The problem: Farmed soil often becomes compacted, and the dirt loses the spaces that allow for water flow. You also need spaces in soil for the development of biodiverse communities of bugs, fungi, and microbes. When soil turns into a solid mass, the crops growing in it can’t produce as much.

The solution: A sort of neonatal intensive care unit to reverse soil compaction based on the concept of the nurse plant, which provides shelter for other seedlings in a harsh environment, allowing them to get their start. The team designed a biodegradable dome that functions like a nurse plant in the wild. Farmers could place these “BioNurses” in parts of orchards where the soil has compacted, and they would foster plant growth that could open up and enrich the soil.

Reality check: I’d like to know how long it takes for natural remediation like this to improve soils. Also, farmers are often loath to let too many plants grow in their orchards because they want fertilizer to go to the trees (rather than getting sucked up by grasses).

The solution: Tap the intelligence of swarms to turn individuals making small decisions into a self-organizing unit. Or, put more plainly, an app that reduces the logistics of sharing equipment and selling crops.

Reality check: We certainly need better systems to help farmers handle logistics, and there’s a lot of cool-sounding “wisdom of the crowd” stuff in this proposal. But it’s not clear to me that any of that is as cool in practice. It sounds like another internet marketplace like CropMobster or FarmLink.

Desalinization on the cheap

The problem: There’s plenty of water, but we can’t use most of it because it’s salty or polluted. Desalinization is expensive and takes a lot of energy. But if we had a cheaper method, it would be a great way to irrigate farmland near the coasts.

The solution: The team looked to mangroves growing in salt marshes for inspiration and came up with a solar still that is just as effective as existing models, but only one-fifth the cost.

Reality check: Water is weird. It is both incredibly valuable and incredibly cheap. Even in places where water is scarce, it’s often less expensive to buy water than to build and maintain water-saving technology. If this device works as well as advertised, I’m sure it will be useful in some areas — but will it be adopted widely? That depends on how cheap (and low-maintenance) it is.

The finalists will now enter a startup accelerator program as they try to bring these inventions to market. The ultimate winner gets a $100,000 prize. If you’re interested in this sort of thing, there’s another Biomimicry Global Design Challenge that’s just about to start, focusing once more on food production.