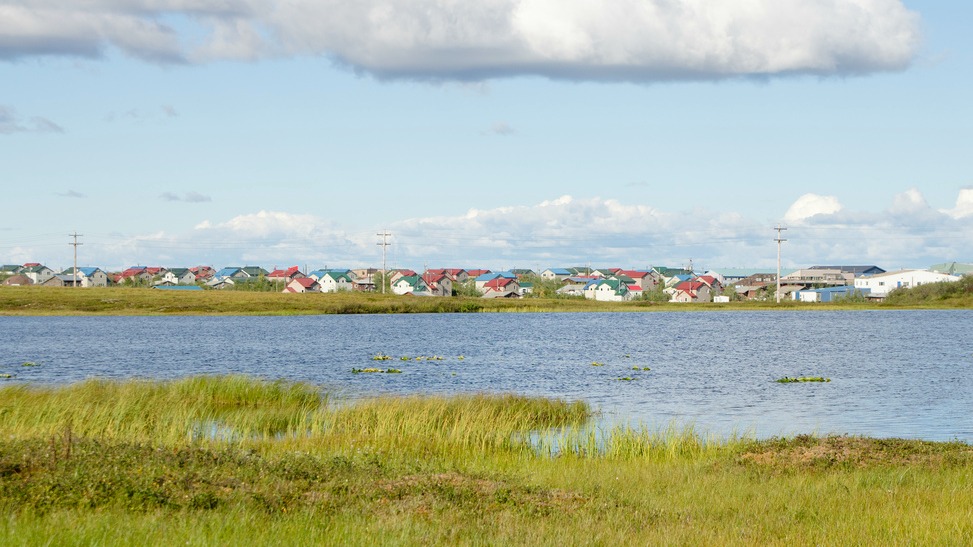 Between fighting wildfires and rerouting the Iditarod, Alaska has had a tough time with climate change. But at least there’s one good outcome: local food.

In Bethel, a town in southwestern Alaska, farmer Tim Meyers is taking advantage of rising temperatures to grow food in the previously inhospitable tundra. NPR reports:

At the 15-acre organic farm, which has been operating for more than a decade, Meyers is growing crops like strawberries in greenhouses. But he says as temperatures warm due to climate change, it’s easier to grow things like potatoes, cabbages and kale right in the ground, outside.

“Years ago, it was hard freeze and below zero up to the third week in May,” he says. “We haven’t had any of that this winter.”

Meyers has found the silver lining in a chilly situation. Climate change has brought a Denali-sized mountain of harm to Alaska. In September, President Obama spoke about the wildfires, acidic waters, changing migration patterns, and reduced sea levels that have impacted Alaska’s economy and its inhabitants.

People in the area traditionally relied on hunting and gathering for their food, but today, most of Bethel’s food is flown in by plane, according to NPR. That’s why Meyers, who grew an estimated 100,000 pounds of produce this year, hopes he can provide double that amount of local, cheaper, and fresher food to Bethel’s residents next year.