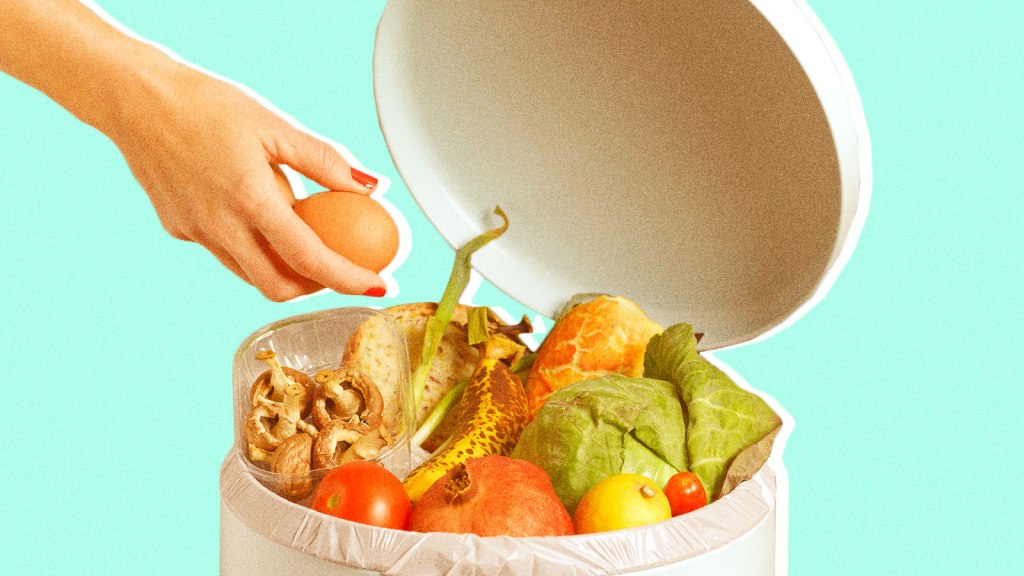 House Democrats want Americans to stop throwing away so much gosh darn food.

In a 538-page tome released last month on what the country should do to mitigate climate change, the House Select Committee on the Climate Crisis called on the government to reduce the nation’s 80-billion-pound, $161 billion food waste footprint. The group cited data from the Food and Agriculture Organization of the United Nations, explaining that food waste causes 8 percent of the world’s CO2-equivalent greenhouse gas emissions. That’s four times as much carbon pollution as the aviation industry. And wasted food squanders other resources too, including 21 percent of the world’s freshwater.

The House Committee didn’t propose any solutions to the problem, instead pointing to ongoing efforts led by the federal government to reduce food waste. Most significantly, they endorsed an interagency initiative launched in 2015 by the U.S. Department of Agriculture and the Environmental Protection Agency called the U.S. Food Loss and Waste Reduction Goal, which aims to reduce the country’s food waste by 50 percent by 2030, relative to 2010 numbers. The Food and Drug Administration joined the effort in 2019. The committee also highlighted a slate of bills co-sponsored by House Representative Chellie Pingree, a Democrat from Maine, the aims of which include educating consumers and incentivizing food waste reduction in schools and grocery stores. (None of the bills have passed the House or the Senate yet.)

The committee’s action plan was intentionally open-ended. But a 50 percent reduction in food waste is a lofty goal, and some activists say that with only nine years left to meet the 2030 deadline, the government’s current initiatives aren’t ambitious enough. Specifically, they say an outsize focus on consumer education and communication efforts is sapping attention away from more systemic interventions.

“Food waste is seen as this consumer-based issue that can only be addressed by individual behavior change,” said Austin Bryniarski, a writer and former researcher at the Yale Sustainable Food Program. He says that focusing on individual responsibility (such as the EPA’s food waste reduction directive to “freeze taco meat” and be more deliberate when dining at all-you-can-eat buffets) absolves the federal government of responsibility for a glut of food that originates on the farm. It’s as if they think reducing waste at the consumer level would send a demand signal all the way up the supply chain, he said. It’s“wishful thinking.” .

That’s not to say that individuals shouldn’t educate themselves on food waste. In wealthier regions like North America and Europe, Food and Agriculture Organization data suggests that more than half of food waste occurs at the consumer level. This includes food that people buy but never eat, perfectly good food that people throw out due to arbitrary “best by” dates, and food that restaurants over-order and end up trashing instead of serving to customers.

But food waste is complicated. Dana Gunders, executive director of the nonprofit Rethink Food Waste Through Economics and Data, or ReFED, which has been advising the government on its food waste initiative, says we need a whole menu of solutions — including but not limited to individual action — to address various contributors to the issue. “We talk about food loss and waste as if it’s one problem,” she said, “but it actually means fixing the efficiency of the whole food system.”

ReFED splits food waste solutions into three categories: prevention, recovery (such as donating to hungry people), and recycling (mostly through centralized composting and other programs to break down food into soil or fertilizer). Prevention is an obvious winner — stopping food waste from happening in the first place eliminates the need to deal with it.

Prevention also makes a lot of sense from a climate perspective. Although food waste rotting in landfills is a well known source of the potent greenhouse gas methane, Gunders says 80 percent or more of the emissions associated with food waste actually stems from upstream processes: transport, cooling, cooking, storage, etc. — in other words, the same steps that make all food so carbon-intensive. To mitigate climate change, Gunders explained, “the most powerful impacts are upstream when you can prevent [food waste]. That’s really the best bang for your buck.”

But while prevention and recovery programs are cost-effective and often come with the added benefit of alleviating hunger, they are complex and are difficult to scale up. As those efforts are evolving, some experts say it may be worthwhile to develop recycling infrastructure, like centralized composting and anaerobic digestion. These measures are more expensive, but compared to all of the prevention strategies analyzed by ReFED, they can divert more than double the amount of food waste from going to the landfill. And centralized composting alone has the potential to eliminate 2.5 million tons of greenhouse gases per year — more than any other single intervention strategy to reduce U.S. food waste emissions.

To its credit, the government hasn’t put all of its eggs in the metaphorical basket of individual behavior change. Besides consumer education, the committee behind the Food Loss and Waste Reduction Goal identified five other priority areas, such as improving waste measurement and making it easier to donate to food banks.

The group has also been collaborating with private industry to reduce food loss across the supply chain. The USDA and EPA recently welcomed new members into its 2016 “Food Loss and Waste 2030 Champions” program, which highlights companies that have “made a public commitment” to meet the 2030 goals. Current members include Walmart, General Mills, Conagra, Aramark, and other giants of the food industry.

Still, some people say that even these efforts lack teeth and fail to get at the root of the problem, advocating for a more comprehensive overhaul of the food system in alignment with principles of “food justice.” According to agroecologist and food author Eric Holt-Giménez, curbing food waste requires confronting a farming system that incentivizes overproduction starting on the farm. “The way to stop wasting food is to first stop producing it,” he said. One way of doing that would be to implement supply management measures, such as creating grain reserves and setting a price floor for commodities. It’s an idea that both Elizabeth Warren and Bernie Sanders have floated, arguing that it could guarantee farmers a higher price for their goods, neutralize the incentive to overproduce, and encourage conservation.

Without such fundamental changes to the entire food system, advocates like Erik Hazard, communications director for the nonprofit Food First, say the government’s goal to slash food waste in half by 2030 is a pipe dream. “I think it’s just like the Millennium Development Goals,” he said, referring to a slate of ambitious humanitarian goals that the United Nations pursued between 2000 and 2015, nearly all of which were missed by enormous margins. “Even with the plan they have laid out, it’s going to fall woefully short.”

ReFED’s comprehensive analysis of 27 of the most promising food waste solutions discovered that, even if all of them were fully implemented by the federal government, it would only yield a 20 percent reduction in the amount of food waste that ends up in a U.S. landfill. And the pandemic hasn’t helped — supply chain disruptions and labor shortages have forced farmers to destroy millions of pounds of meat, dairy, and produce, increasing the country’s burden of food waste.

“We’ve let [food waste] get out of control,” Representative Pingree told Grist, but added that the pandemic has helpfully opened people’s eyes to the fragility of our supply chains and started new conversations about reforming the food system. “[COVID] has put a lot of topics out in the open,” she said.