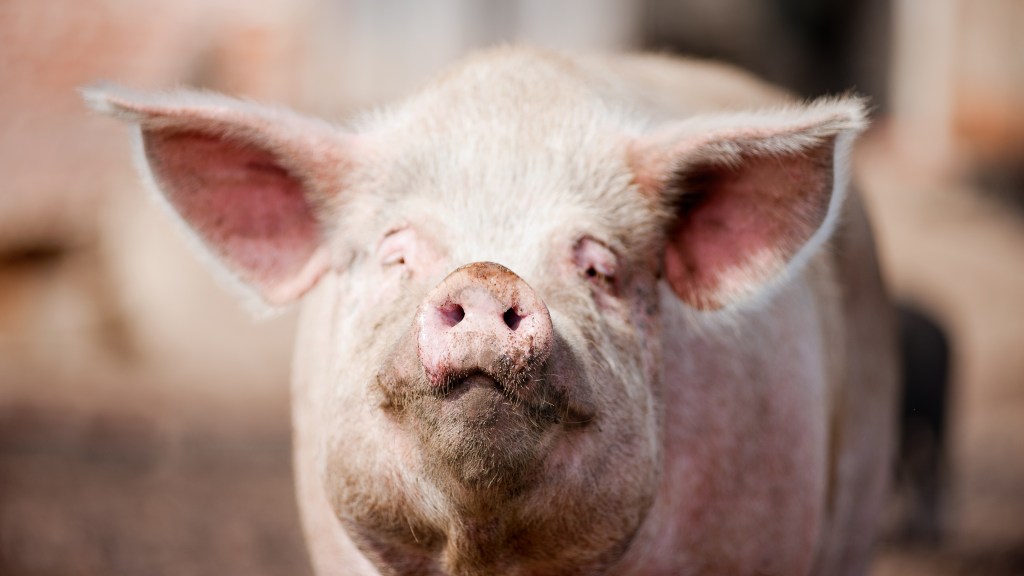 You know the old fairytale about the three little pigs? The one with the big bad wolf and the huffing and puffing and the shoddy construction work? Well, there was a sequel to that classic that nobody knows about. It’s called The Three Giant Pork Industries, and it goes like this:

Once upon a time (2001), a silly old farmer in Northumberland, England, fed his pigs a bunch of uncooked swill (food waste) and caused a massive outbreak of foot-and-mouth disease. The epidemic led to the slaughter of more than 6 million little piggies — not to mention a lot of sheep and cattle, too — and cost more than $12 billion.

Afterward, the specter of foot-and-mouth disease knocked on the door of the Japanese pork industry and was like, “Hey, I’m coming in!” And the Japanese pork industry was like, “No way, man. Not by the hair on our chinny chin chins.” And the phantom virus huffed and puffed but couldn’t force its way in because Japan passed the Food Waste Recycling Law, ensuring that its pigs only ate safe swill.

Then, the specter went to Korea and was like, “Hey, I’m coming in!” And the Korean pork industry was like, “No way, man. Not by the hair on our chinny chin chins.” And the phantom virus huffed and puffed but couldn’t force its way in because Korea passed the Wastes Control Act and the Control of Livestock and Fish Feed Act, ensuring that its pigs only ate safe swill.

Then the specter waltzed up to the U.K., having just ravaged the nation’s pork industry in corporeal form, and said “Hey, I’m coming in again!” And the U.K. was like “AHHH!!! Get away from our chins, you devil!” and banned swill feeding altogether so that no matter how hard it huffed and puffed, the virus couldn’t get in. And then the European Union banned swill feeding too! And sure enough, the virus didn’t get in (until 2007, when it actually did invade a farm in Surrey).

But as a new study published in the journal Food Policy points out, the E.U. actually ended up shooting itself in the foot (-and-mouth), because banning swill turned out to be an environmentally damaging overreaction that could’ve been avoided with one simple solution.

According to the report — delightfully titled “Reducing the land use of E.U. pork production: where there’s swill, there’s a way” — livestock production takes up about 75 percent of the world’s agricultural land, eats up about 35 percent of its grain, and pumps out about 14.5 percent of its anthropogenic greenhouse gas emissions. So it takes a big toll on the environment, and the European pork industry is certainly not helping. Here’s more from the report (for reference, €1 is equivalent to $1.10):

Today, the E.U. produces more than 20% of world pork, 34 kg of pork meat/person/year, and relies on grain- and soybean-based feed, which has a sizeable environmental footprint. A life cycle assessment (LCA) of European pork production found that pork production causes €1.9 of damage to the environment (from eutrophication, acidification, land use, and greenhouse gas emissions) per kg of pork produced – in comparison, it costs the farmer on average €1.4 to produce each kg of pork. Most (75.4%) of this environmental burden stems from feed production – in particular, the farming of soybean meal. The expansion of soybean farming in South America to meet international demand for animal feed poses a significant threat to biodiversity and is a large source of carbon emissions from deforestation.

The researchers estimate that the land use required for pork production in the E.U. is more than 20 million acres and that in 2010, soybean production for feed alone required nearly 3 million acres. Here’s a look at how land use decreases as swill use increases:

Japan and Korea, by contrast, heat their swill to kill the virus, thus producing so-called “Ecofeed.” Between 2006 and 2007, the researchers report, Japan and South Korea recycled 35.9 percent and 42.5 percent of their food waste as animal feed, respectively.

They estimate that if the E.U. recycled food waste at the same rate, it could reduce its land use for pork production by about 21.5 percent. In 2015 alone, the E.U. wasted about 445 pounds of food per person, and that doesn’t even include agriculture waste, which the researchers say constitutes about 34 percent of all European food waste. So there’s plenty of swill to go around.

Plus, the researchers point out, incorporating swill back into the diets of E.U. pigs might help farmers save some money. “Feed makes up 55–72 percent of the costs of E.U. pig production and is subject to significant price volatility, with prices of conventional feed rising 70 percent from 2005–2012 (from $267 to $456/tonne),” they report.

Here’s a look at how the price of conventional food compares to that of Ecofeed in Japan: 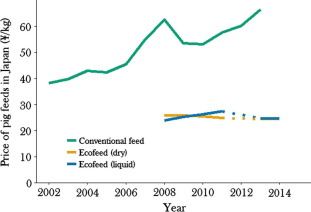 So what’s the moral of this story? It’s simple: The world is a genuinely terrifying place, and it’s easy to overreact when something scary happens. But where would we be if the world banned haircuts after mullets or closed all restaurants after Guy Fieri’s opened in Times Square? What if Nickelback ended music and parachute pants ended … pants? So don’t forget your chill pills, everyone. And for the love of god, someone get those pigs a hot plate of garbage!