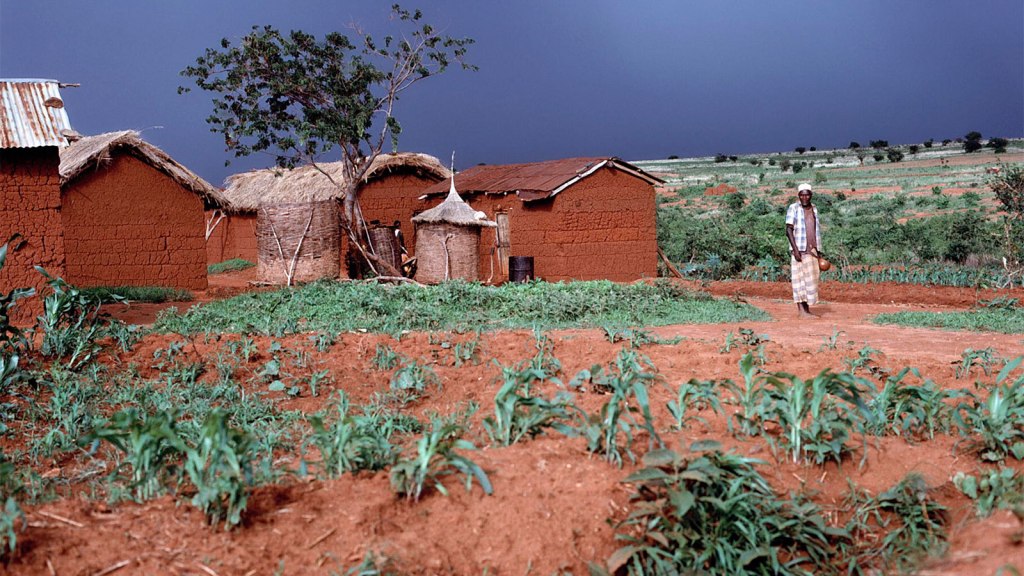 Why aren’t agroecological techniques farming spreading faster among poor farmers? If you are a farmer in the rural part of an undeveloped country, where it’s hard to get synthetic fertilizer, pesticides, and genetically modified seeds, it only makes sense to turn to a form of agriculture that eschews those things. Instead of requiring technological inputs, agroecology and organic farming require skills — which are free and non-proprietary. Organic farming also builds up the organic matter in the soil, which helps it catch and hold moisture; that’s especially important in semi-arid lands without irrigation infrastructure.

So why don’t we see organic production raising developing rural areas out of poverty? I’ve seen two possible explanations: Big Agribusiness is sabotaging the nascent growth, or farmers aren’t getting the training they need.

I see the first explanation all the time, but I don’t see evidence. It’s easy to pin the blame on some bogeyman, but doing so is almost always the product of sloppy thinking. Cirocco Dunlap parodied this ploy perfectly in an ode to the too-good-to-be-true effects of coconut oil:

After saving my own life, I wanted to save someone else’s. So I stopped at a nearby children’s hospital and cured every child with a dropperful of coconut oil. It was so nice and so easy; I’m confused why people don’t do this more often. Probably because of Monsanto.

The second explanation, that there’s not enough education, seems more likely. Farming knowledge is location-dependent, and it takes time to pass it on. With a salable product, by contrast, the profit motive alone can drive adoption around the world. You can buy a Coke, for instance, just about anywhere in the world that a few people live together.

The combination of these two explanations is also plausible: It’s not that agribusiness is out there setting fire to organic crops, but Big Ag corporations are actively working with charities and aid organizations. That means they can influence the direction that education, and each nation’s agricultural policy, takes.

Of course, there’s one other possibility: It could be that organic methods just aren’t working for poor farmers.

A pragmatic take from Tanzania

It’s been hard for me to figure out exactly what’s going on here, so I was intensely intrigued by a paper titled “Facing food insecurity in Africa: Why, after 30 years of work in organic agriculture, I am promoting the use of synthetic fertilizers and herbicides in small-scale crop production.”

The paper is by Don Lotter, a strong critic of genetic engineering with a PhD in agroecology who teaches conservation agriculture at St. John’s University of Tanzania. It’s a nuanced and valuable piece from someone driven by the facts on the ground rather than by ideology.

The problem, Lotter wrote, cannot be pinned on lack of education alone:

[A]n organic version of CA [conservation ag] (no herbicide or synthetic fertilizers) has failed to be adopted by the majority of African farmers subject to years of promotion and trials … The most recent report from Tanzania showed only 13 percent of targeted farmers adopting the practice after several years of promotion.

This squares with something I learned from talking with Keira Butler about 4-H in Ghana. 4-H teaches kids all kinds of exciting agroecological techniques, but the adults don’t use those techniques — they use chemicals. I asked:

Is that because they don’t have access to those natural techniques, or they are benighted? Or is it because they are like, this just doesn’t work, if I want to make a decent living?

It’s simply more time- and cost-effective to use herbicide, for example, she said.

There’s a hint of frustration in Lotter’s writing when he touches on the continued emphasis on techniques that don’t work for farmers in Africa, especially when it is justified with pseudoscience. For a while he managed an organic farm in a part of northern Tanzania that attracted lots of foreign volunteers. Corn in the area suffered nitrogen deficiency because farmers refused synthetic fertilizer.

These farmers had been told by foreign volunteers, nearly all of them untrained in agriculture, that fertilizers “poison” the soil—despite the fact that it is very likely that 99% of the calories that these amply-fed volunteers had consumed in their lives were from crops amply fed with synthetic fertilizers, grown in fields that are to this day still highly productive.

Lotter says that soils fertilized with synthetic nitrogen aren’t as healthy and microbially rich as those fertilized with compost and manure, but they are by no means toxic. The same goes for the herbicide glyphosate (the main ingredient in Monsanto’s Roundup — though Monsanto’s patent expired in 2000, and now many companies produce the weedkiller). Some people are worried about the potential health effects of glyphosate, but these concerns are tiny compared to the real and undisputed dangers of soil loss and hunger.

Life expectancy here in the central region is about 45 years — these people hardly get the opportunity to get cancer, largely because of food insecurity.

Lotter works in the Dodoma region of Tanzania, where population has quadrupled since the 1960s. People there are farming more land, in marginal areas like mountainsides. Instead of allowing fields to lie fallow, farmers must plant every year, which means plowing every year. All this has led to massive erosion, which makes the land less productive and speeds the cycle. Lotter warns that Africa in the next few decades could go the erosion-crippled way of Haiti.

Using a herbicide allows farmers to vastly reduce the amount they plow. This allows the root-structures to remain in the ground, holding the soil and preventing erosion. Eventually the plant residues rot, turning into organic matter, which increases the fertility and water-holding capacity of the fields.

The scarce rainfall here commonly comes in intense events, often with just a few rainstorms providing most of the water for the entire season. Anchored plant residues on the soil surface and a higher soil OM [organic matter] content are crucial to capturing and holding this water.

Millet and sorghum are the traditional African grain staples. But, Lotter says, there’s a reason the vast majority of farmers in central Tanzania grow corn instead. New research suggests that farmers get a lot more food from corn (maize):

The research showed that even in drought years, with or without fertilizer, maize substantially outyields millet and sorghum, by an average of about 50 percent, even when bird damage is controlled in the latter two. Adding to this is the problem of Quelea birds (Quelea quelea L.) which can devour entire millet and sorghum crops but cannot touch maize.

Corn is incredibly responsive to fertilizer; it’s hard to grow corn to its optimum without bringing in some form of nitrogen. It’s possible to nearly satisfy corn with agroforestry — growing rows of nitrogen-fixing trees in the fields, and using their leaves as green manure. The problem is that farmers have to water and tend the trees for five years before they start to see real benefits.

Farmers can see an immediate benefit from synthetic fertilizer, but it has problems, too. Even if farmers have the money or credit to buy fertilizer, it’s often simply unavailable in their area. Agroforestry poses similar challenges: Farmers need access to the tree seedlings, and have to pay for them.

Lotter winds up with a frank but grim assessment. He notes that aid agencies have failed for the past 50 years to enrich subsistence farmers in Africa.

I’m not sure what will work. Social unrest and religious-political extremism are ominous possibilities.

There are hurdles no matter which way you turn, but the option to use synthetic fertilizer and herbicide could allow some farmers to shift from a destructive cycle, and into a virtuous cycle, enriching themselves and the land.

The only route I see out of African food insecurity in the next decade is via sustainable intensification — the use of both agrichemicals and organic methods together. My change from working exclusively with organic methods to the inclusion of conventional agrichemicals in Africa is, I believe, not a change in my values. The well-being of people and the environment are still at the center of my ethos, with the proviso that the long-term care of the environment enhances human well-being.

There are no easy answers here. Of course, it’s not like this is the only paper ever published on small farmers in Africa. There’s a study showing the success of just about anything, from cover crops to GM seeds, and oftentimes there’s another study showing its failure. But there’s special value in a paper like this from someone like Lotter — someone familiar with this entire literature, someone ground-truthing the claims every day. That makes his case against an all-organic program for small farmers in Africa all the more persuasive.