Change 100 businesses, and the world's food system will change with them 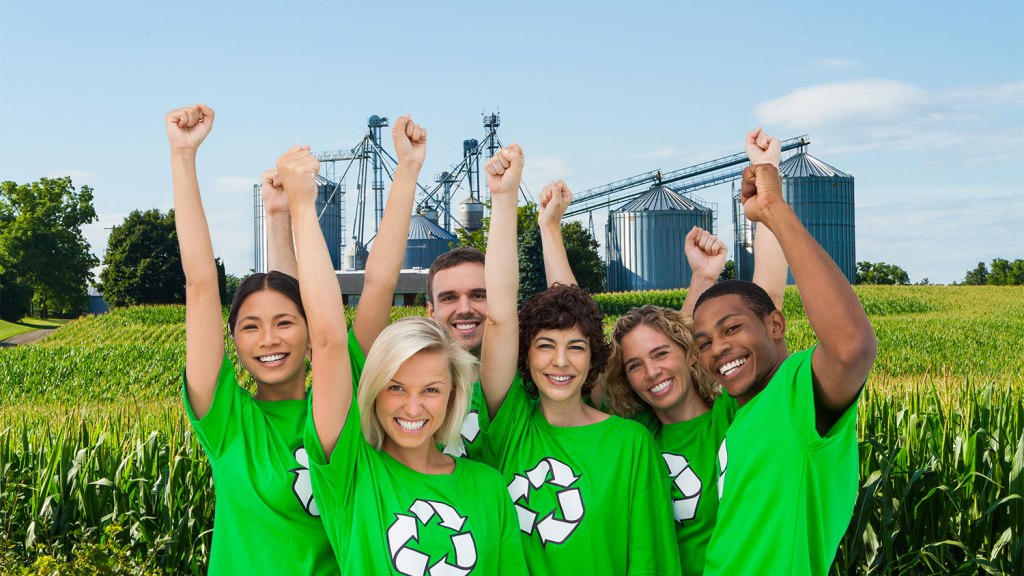 Change 100 businesses, and the world’s food system will change with them

It’s become clear to me, as I’ve worked my way through this series, that we’re going to have to make some big changes if we want to feed ourselves without making our home (and only) planet a lot less pleasant. That will come as no surprise to anyone born in the last three decades: All our lives we’ve had people telling us what we need to change, but precious few telling us how.

Jason Clay, a senior vice president at the World Wildlife Fund, is one of those rare birds who actually has a proven strategy for changing the world. The key, he says, is working with influential partners. In a TED talk he pointed out that it’s almost impossible to transform the behavior of the world’s 7.2 billion eaters, or its 1.5 billion farmers, in any reasonable amount of time.

But between the farmers and eaters stand just a few big middlemen: Less than 500 companies handle 70 percent of ecologically significant commodities. (Clay has a list of 15 commodities that “present the most significant threats across the board to the world’s most ecologically important places.”) And there’s 100 of those companies that are so large that, if they change, all the other businesses in the field have to shift, too.

Change just 100 businesses, and the world changes with them.

Obviously this approach raises hackles. It doesn’t give eaters or farmers more control over the food system — actually, it takes them out of the equation.

“Consumers shouldn’t have a choice about sustainability,” Clay told me. “All the products on the shelf should be sustainable.”

That rubs some people the wrong way. Plus, the idea of businesses making incremental changes is much less emotionally satisfying than the idea of upstarts replacing the status quo with something much better.

Another person who has spent a lot of time thinking about the strategies for creating change is Hal Hamilton, co-director of the Sustainable Food Lab, a small nonprofit in Vermont. I asked him whether collaborating with businesses can really change the whole system, or just take lots of nibbles around the edges.

“That’s a damn good question,” he said. “But what’s the alternative?”

“My sense is that EACH of these approaches is sometimes useful, but none of them is proving adequate,” he wrote in an essay on this question of collaboration. He argues that the first two — building alternatives and tweaking the mainstream — should happen at the same time, and attacks should be deployed selectively to force change on the intransigent.

For years, Hamilton worked in alternative agriculture (he still lives in a community with its own farm), and while his heart is in small-scale, local food, he could also see that it wasn’t spreading like wildfire. To make a difference, it was obvious, he’d have to pursue other approaches as well.

Business is often structurally resistant to change, and without a powerful motivator, corporations really won’t do anything but window dressing, Hamilton said. But business people aren’t stupid. They can see as well as anyone else that the food system cannot continue in the status quo. Businesses have begun seeking sustainability because they understand it’s crucial, not just to their reputation, but to their ability to get the crops they need, he said.

And it’s working. “Actions taken by large companies have had beneficial impacts across millions of people and millions of acres,” Hamilton said.

Three months after Jason Clay had given that TED talk, the CEOs of 60 out of the hundred companies he’d identified had seen it, and some of them started to act right away. Unilever, for example, now has third-party verification for the fact that it is sustainably sourcing 60 percent of its supply chain, and it’s on track to get to 100 percent by 2020. And when one giant company makes a change, the change cascades widely.

Unilever is the world’s largest buyer of palm oil, and when it announced it wouldn’t be buying from companies that created the incentives for deforestation, it reverberated. By the end of 2014, all the major buyers of palm oil had declared that they will not buy from anyone who cuts down rainforests. That shift is already causing changes in politics and practices on the ground. And these palm-oil commitments have led to bigger pushes, like Cargill announcing that it will not buy any crop produced via deforestation.

Non-governmental organizations used to simply point out what corporations were doing wrong, and that’s fine, Clay said — but it speeds up the process if “we also tell them what’s right.”

“It used to take 20 to 30 years to have a meaningful impact on the ground,” Clay said — but if they change their approach, “NGOs can shrink that to 10 to 15 years.”

I know that right now plenty of readers are thinking that this is all ridiculous — that what we need is not reform, but revolution. Hey, I’m ready for the revolution. But how? We’re making wonderful progress on alternatives, the farmers markets, the CSAs, and the growth of organics. But let’s not kid ourselves — even those of us most engaged with this movement still rely primarily on the old fossil-fuel system.

All my life I’ve been hearing about how we need radical transformation of the system. But it never happens. We have no shortage of rhetoric about the need for systemic change. What we lack are strategies for creating change that actually work.

And collaborating with big businesses works. Absent a practical strategy, the argument that we need to think bigger, that we need to upend the corporations rather than work with them, has become nothing more than an excuse to inhabit the status quo.