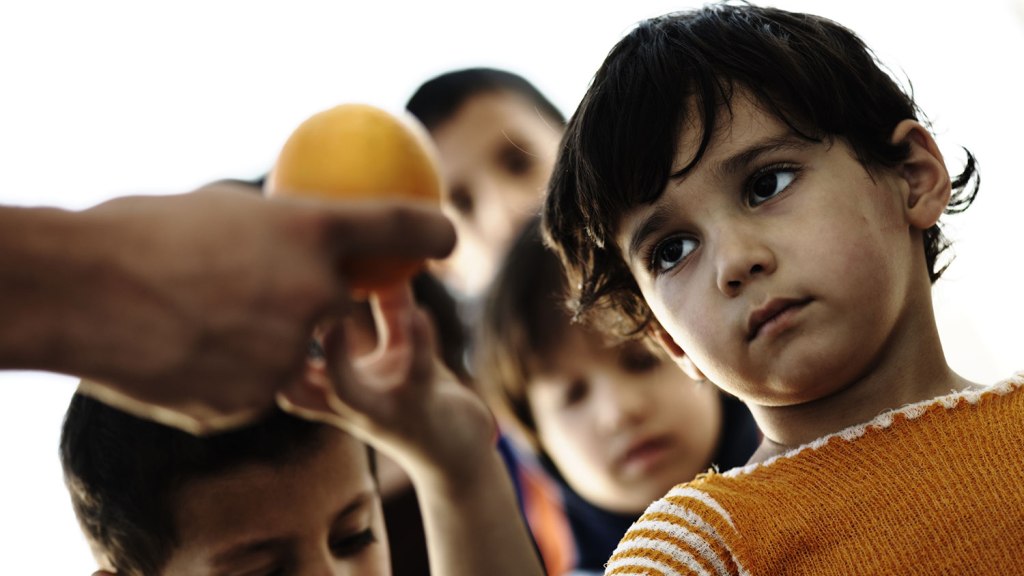 The fact that people need to eat causes tremendous environmental and social problems. The solution, clearly, is to reengineer ourselves so that we don’t have to eat and instead draw energy directly from the sun.

That shouldn’t be hard at all! But just in case we hit some snags, we should have a backup solution ready. Something modest — like eliminating poverty.

I’ve argued that poverty is the key to resolving this conundrum of feeding ourselves without wrecking the planet. Every economist, activist, farmer, and academic I talk to agrees about this. No matter where I dig in this investigation of hunger and its impact on the environment, I eventually find myself unearthing the same thing: poverty.

Better people than I have broken their picks against this problem. In the 1960s, many students of economics thought that economic growth would end poverty within a few decades. When that didn’t work out so well, experts began to say that richer countries needed to give poorer ones money to help them develop. Now there’s a backlash against that approach, too. Aid hasn’t worked, people say: Corrupt governments grab the money, and foreigners are often wrong about what poor people need.

That debate continues today: Jeffrey Sachs is the standard-bearer for the argument that generous aid is the answer, William Easterly for the perspective that the poor need rights and freedoms even more than money. (For those who want to dig into this, there’s also Paul Collier, who wonkily reconciles the two.)

All sorts of questions arise from this debate: We can give poor farmers training, tools, access to finance and markets — but it will all be for nothing if an autocratic government, or armed insurgents, take her property. Are guns more important than plowshares? Or how about this one: By intervening to help people feed themselves, are we propping up tyrants?

From France in 1789 to the Arab Spring, there’s a link between food shortages and revolutions — it’s not that hunger is necessarily the causal factor, but it does seem to turn up the heat. People usually talk about the instability that comes with higher food prices like it’s a bad thing. But if instability helps topple autocratic governments, maybe it’s good?

The debate is complex, crucial, and unlikely to be satisfactorily resolved anytime soon. So where does that leave those of us who want to help end poverty for both environmental and humanitarian reasons? Fortunately, though the points of disagreement in this debate are exciting, and get most of the attention, there are some general points of agreement that can serve as guideposts.

“We” are not going to solve this by heroically swooping in and fixing things. A completely paternalistic, west-knows-best approach is unlikely to succeed. Nonetheless, this caution should be constrained to the extreme case: central planning done without sensitivity to local conditions or the agency of the poor. Because, on the other hand —

Although it’s hard — verging on insane — to bring in an outside solution with the aim of utterly transforming a country (or the entire continent of Africa), outside help can make things a lot easier for people who are working to rescue themselves. Easterly acknowledges that there are lots of good examples of aid improving the lives of the poor; he mainly has a problem with aid that ends up supporting dictators. Money, education, and technology can all make a big difference if it gets to the people who actually need it most.

Perhaps the market can best poverty, but in sub-Saharan Africa, that just hasn’t happened. Something isn’t working. Now, the markets might work better if they were tuned up — if people had more economic freedoms, or poor farmers didn’t have to compete against subsidized grain, or warfare and disease wasn’t always quashing development. If we helped improve these conditions, perhaps market forces could do their magic. But it’s immoral, and harmful to ourselves in the long run, to sit back and think markets alone will take care of everything.

Slow revolutions are better than fast ones

For a revolution to yield a better state, it has to have the support of a well-developed civil society and a functional economy. To go back to the Arab Spring example, only one of those revolutions, in Tunisia, seems to have stuck. (Libya is teetering.) The American adventures in Iraq and Afghanistan have taught us that it’s not enough to topple a government; unless the people have built up a new structure to take its place, there will be chaos.

China is an example of a country in the midst of a slow revolution, which I think is a better path. It still has an autocratic government, but it’s grown economically freer while also lifting millions — more than any other country ever in such a short time — out of poverty. Between 1981 and 2011 China reduced its rural poverty rate by 40 percentage points, an astonishing accomplishment.

So to answer my own question: It’s better to help people feed themselves than let them go hungry, even under totalitarian regimes. Stability is vital for communities striving to get out of poverty.

There are going to be problems with every approach. We shouldn’t reject a flawed option unless there’s a better one.

Solutions are going to be different from place to place. There are no silver bullets — no one right answer for everyone (not GMOs, not agroecology). People on the ground should be able to choose the tools that work in their unique context.

So what does this mean for someone interested in helping to feed the world? In the public debate, I hear farmers saying that, if the world’s going to eat, they have to drive down the price of food by producing more of it. And I hear progressives saying that we already have plenty of food, we don’t need more ag technology, all we have to do is make sure everyone gets a fair share. These guideposts I’ve set out suggest that both are wrong.

Here’s why: First, while it’s true that there would be enough food to go around if everyone shared equitably, humanity has never been all that good at sharing. The idea that we could have completely equitable distribution of food is much more unrealistic than the idea that we could eliminate poverty. Second, 70 percent of the world’s poor depend, at least in part, on farming. Helping them produce more, and make a little money, is a smart strategy for addressing poverty.

But third, “feeding the world” only makes sense if it’s bottom up rather than top down. It doesn’t help relieve poverty when super-efficient farmers in the U.S. outcompete poor farmers in the global south. Feeding the world is noble if it means that some of those poor farmers will become as rich as Americans and produce a lot more food on a lot less land. But it’s not at all noble if it means competing at an unfair advantage against the less fortunate.

Here’s what I think we should be doing instead of repeating those talking points: Listening to poor farmers. When you listen to those farmers, and the people who work closely with them, they say they want agricultural technology (like high-yielding seeds), affordable loans, and education for their children.

We should also listen when they say they’d rather do something else than farming. Even though agriculture touches most of the poor people around the world, in some places the most effective ways of helping will have nothing to do with farming. Investments in agriculture do have a good track record of improving the standard of living. Nevertheless, if the goal is to improve conditions for humans and minimize our collective impact on the environment (I argue that the two are one and the same), we’ve got to stay focused on reducing poverty instead of fixating on any one particular means of getting there.

Fighting poverty is complicated, but it’s not all that complicated. We know enough to help, and even agree on a lot of it across partisan lines. Also: It’s a hell of a lot simpler than producing babies tuned for photosynthesis.