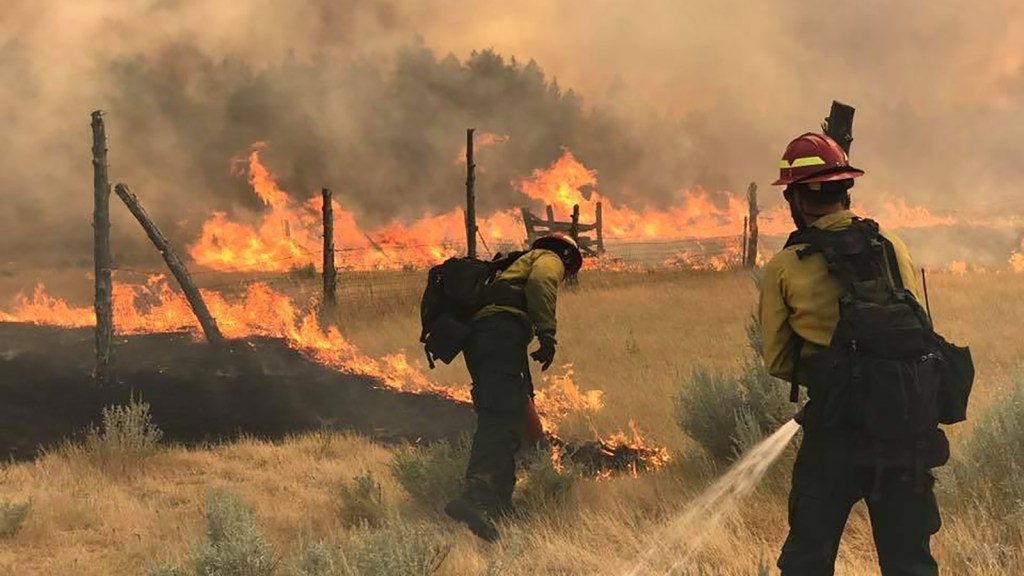 An intense drought has quickly gripped much of the Dakotas and parts of Montana this summer, catching farmers and ranchers off-guard. The multi-agency U.S. Drought Monitor recently upgraded the drought to “exceptional,” its highest severity level, matching the intensity of the California drought at its peak.

The Associated Press says the dry conditions are “laying waste to crops and searing pasture and hay land” in America’s new wheat belt, with some longtime farmers and ranchers calling it the worst of their lifetimes. Unfortunately, this kind of came-out-of-nowhere drought could become a lot less rare in the future.

“The damage and the destruction is just unimaginable,” Montana resident Sarah Swanson told Grist. “It’s unlike anything we’ve seen in decades.”

“It’s devastating,” says Tanja Fransen, a meteorologist at the National Weather Service’s office in Glasgow, Montana. Just six years removed from 2011, one of the region’s wettest years on record, eastern Montana is now enduring one of its driest.

Across the state, 17 other large fires are also spreading. “We haven’t even hit our normal peak fire season yet,” Fransen says.

Recently, as the climate has warmed and crop suitability has shifted, the Dakotas and Montana have surpassed Kansas as the most important wheat-growing region in the country. The High Plains is now a supplier of staple grain for the entire world. According to recent field surveys, more than half of this year’s harvest may already be lost.

The economic impact of the drought and related fires may exceed $1 billion across the multi-state region by the time the rains return. Donations of hay for beleaguered farmers and ranchers have come in from as far away as West Virginia.

Farmers in the region are also worried because the Trump administration has targeted a key federal crop insurance program for hefty cuts. The governors of North Dakota, South Dakota, and Montana have all declared states of emergency to speed aid and open some normally protected areas for livestock grazing.

It came out of nowhere

Droughts are often thought of as creeping, slow-motion disasters. They usually don’t grab headlines like hurricane landfalls, even though they represent the costliest weather-related catastrophe worldwide.

But this drought is an anomaly, a “flash drought.” It essentially came from nowhere. It didn’t exist just three months ago.

The frequency of these rapid-onset droughts is expected to increase as the planet warms. A recent study focusing on China found that flash droughts more than doubled in frequency there between 1979 and 2010.

Droughts like these are closely linked to climate change. As temperatures rise, abnormally dry conditions across the western United States are already becoming more common and more intense. And as evaporation rates speed up, rainfall becomes more erratic, and spring snowmelt dries up earlier each year.

Future summers in North Dakota are expected to be even hotter and drier, on par with the present-day weather of south Texas.

On Whitney Klasna’s ranch in Lambert, Montana, the spring rains “just didn’t come this year.” Klasna has already seen 60 to 80 percent crop losses in her fields, and now she’s making calculations about which of her cattle she can afford to save. She and her crew are working to drill an additional water well and install a pipeline to keep as many alive as possible.

Now they’re worried that, if the rains do come, they’ll lead to flash flooding; the ground has essentially been transformed into concrete.

Klasna calls the drought a “perfect storm of bad luck” and expects its impacts to last for years.

Further west, near where the Lodgepole complex is burning, Sarah Swanson runs a John Deere dealership, one of the biggest businesses in her community. She hears heartbreaking stories from across the region, with many farmers and ranchers working together to fight the fire with their own equipment.

“Right now, I don’t think anybody has time to feel scared,” Swanson says. “I think the emotions will probably start once they have time to get the fire out in a week or two.”

Last week, Swanson wrote a personal letter to Interior Secretary Ryan Zinke, a Montana native, asking him to ease grazing restrictions on a nearby wildlife refuge. Two days later, he did so.

“We’ll be able to continue on,” Swanson says. “I wish I could say that for all the Main Street businesses in eastern Montana, but I don’t think I can. The effects are already being felt by restaurants and retail shops and gas stations, and there will be some that can’t sustain this.”